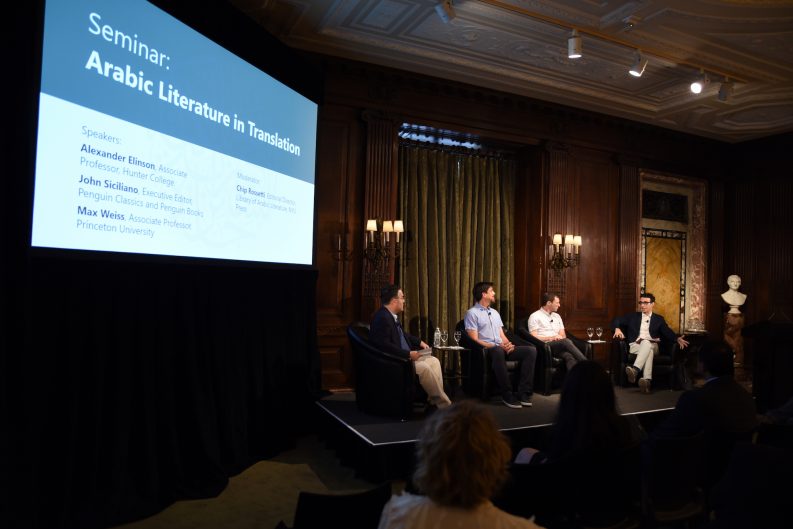 At a recent seminar in New York City on Arabic literature in translation, several literary translators recommended Arabic authors they’d like to see published in English. 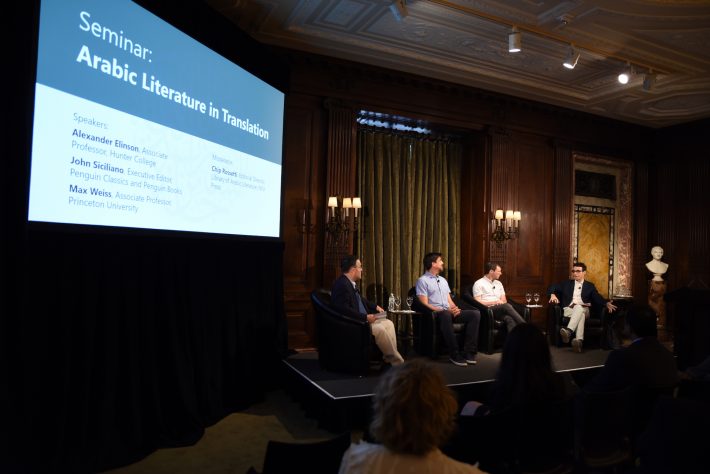 ‘A Much More Receptive Media Climate’

At last week’s Seminar on Arabic Literature in Translation, questions from the audience and discussions during the reception afterward revealed enthusiasm among the US publishers, agents, scouts, and others about getting to know Arabic authors and the literary scene in the Arab world.

The seminar was co-organized by the Frankfurt Book Fair New York, Publishing Perspectives, and the Sheikh Zayed Book Award.

“A lot of books that I’ve come to publish, I’ve heard about in a forum like this,” said John Siciliano, executive editor of Penguin Books and Penguin Classics, who was a speaker on the seminar’s panel discussion.

One audience member asked the panel to recommend Arabic authors to the publishers in the room, authors they felt should to be translated and published in English. Among the recommendations were several books that the translators have decided to start working on–even without an English-language publisher lined up yet.

To that end, we’ve put together a list of the books that were recommended by the panelists as well as some insights about publishing Arabic literature in translation. 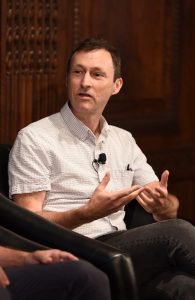 “I’m working on a book that I feel very strongly about,” said Alex Elinson, translator and associate professor Arabic at Hunter College. Elinson is in the process of translating Hot Maroc by Yassin Adnan into English.

The book was longlisted for the 2017 International Prize for Arabic Fiction (IPAF). It’s Adnan’s first novel, published by Dar al-Ain in Cairo.

“It’s the story of a young man growing up in Morocco, having earned a useless degree in classical Arabic literature and who can’t figure out how to operate in the world,” Elison said. “It takes place in the ’90s and into the 2000s when the Internet comes to Morocco. He and his friends and his peers find a world that didn’t exist before and a place where they can interact with each other freely … I would love to see this book come into English.” 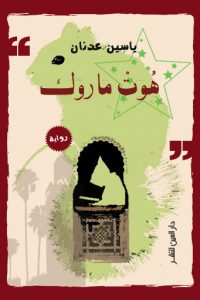 Adnan is best known in Morocco for his weekly cultural television show, Masharif. In addition to writing four poetry collections, four short story collections, and a nonfiction book, Adnan is also the editor of Marrakech Noir, an anthology published in English by Akashic Books.

“There’s a large body of very interesting prison literature from Morocco, said Elinson. Following the death of Morocco’s King Hassan II in 1999, “There was an explosion of memoirs, autobiographies, biographies, novels, poetry collections” from writers who had either been imprisoned themselves or aware of other people’s stories.

“There are dozens of authors who have written about the prison experience in the ’70s, ’80s, and ’90s,” said Elinson. “They deserve to be read alongside the great works of political dissident literature.”

A few more recommendations from Elinson include: 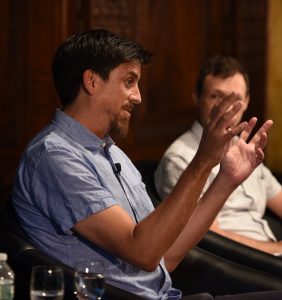 Haddad, born in Damascus in 1947, didn’t publish his first novel until he was 44 years old. But since then, his work has been longlisted for the IPAF twice. And, said Weiss, “He continues to write at a maddening clip. It seems every other year he publishes a new novel.”

Despite Haddad’s growing recognition, “He remains untranslated into English,” according to Weiss. Haddad’s writing is “beautiful fiction which is of a high literary quality but is also political and deals specifically with issues in and around Syria since his first novel was published in 1990.”

To publishers, Weiss recommended: “I would start with the 2009 novel, Solo Piano Music—which I happen to have translated—but I think that his entire oeuvre deserves to come into English, including his 2016 novel Enemy Syrians, which is a novel of the Syria war.”

Enemy Syrians, said Weiss, “has within the frame story of the current Syria war a mediation on violence, justice and reconciliation around the massacre in Hama in 1982.”

You can read an excerpt of Solo Piano Music here. 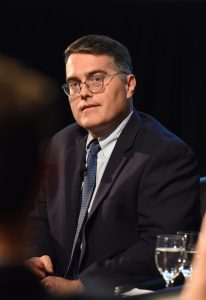 “One is a brilliant writer, who was the subject of my dissertation, an Iraqi writer Muhammad Khudayyir,” said Rossetti.

Now in his 70s, Khudayyir is described by Rossetti as “a grand old man of Basra’s literary scene.” Known primarily for his short stories, Khuddayyir is “comparable to Borges,” said Rossetti. “He’s interested in labyrinths, the connections between authors … He’s a very unusual, brilliant writer.

“One of his novels has been translated into English”—Basrayatha: The Story of a City, published by Verso in 2008 and translated by William Hutchins. “The rest of his writing has not,” said Rossetti.

Rossetti’s second recommendation, a book he’s currently translating, is Love Stories on al-Asha Street by female Saudi author Badryah El-Bishr. The book came out in 2014 with Dar Al Saqi and was longlisted for the IPAF that same year. El-Bishr is also known for her newspaper columns on women and social issues in Saudi Arabia.

“It’s a wonderful novel about a part of Saudi life that we rarely see in English. And certainly, there are precious few Saudi women whose novels have made it into English.”

John Siciliano: Publishing Arabic Fiction in the US 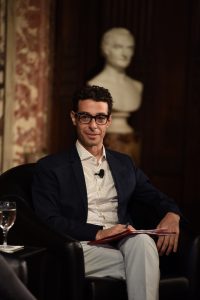 Now might be a good time for publishers to consider translating books from Arabic, according to Siciliano.

He told the audience that publishing Arab writers in the United States has “gotten easier in a way,” but that wasn’t always the case.

It was 10 years ago, in fact, that Siciliano published his first Arabic book in translation: Wolves of the Crescent Moon by Saudi writer Yousef Al-Mohaimeed. Despite blurbs by established writers and a review in The New York Sun, Siciliano said, “that book kind of came and went.”

His next Arabic acquisition, The Corpse Exhibition by Hassan Blasim, pulled in even more press coverage and making Top 10 book lists. Blasim was called in coverage “perhaps the greatest writer of Arabic fiction alive” and “an Iraqi Kafka with a touch of Edgar Allan Poe thrown in.”

But the cycle broke when Siciliano published Frankenstein in Baghdad by Iraqi writer Ahmed Saadawi. The book was longlisted for the 2018 Man Booker International Prize and won the 2018 IPAF, and it’s now gone through multiple printings.

“I’m very encouraged by a much more receptive media climate. I think there’s a real interest in covering writers from that part of the world and translations in general, which is something I didn’t find ten years ago.”