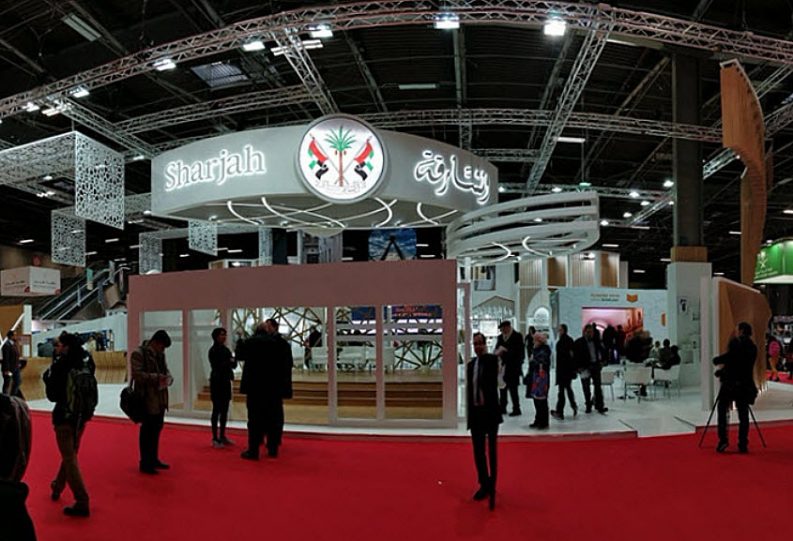 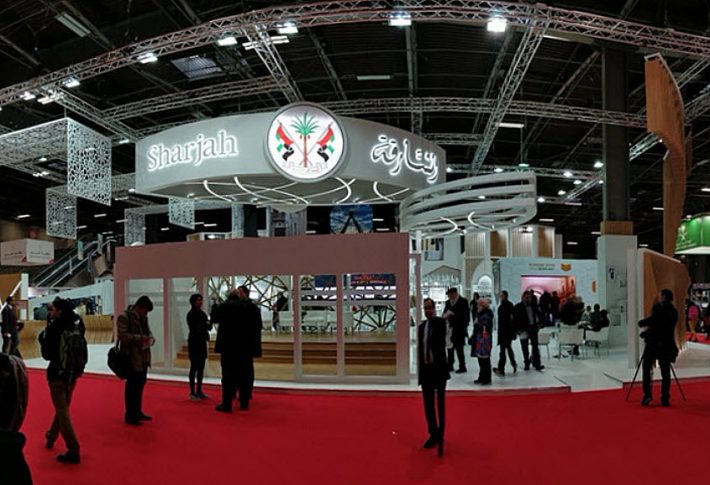 Having been seriously damaged by fire in 2012, the Djibril Tamsir Niane Library in Conakry, Guinea, has been restored with major funding support provided by Sharjah’s Sheikh Dr. Sultan bin Muhammad Al Qasimi, according to media materials released today (April 3). 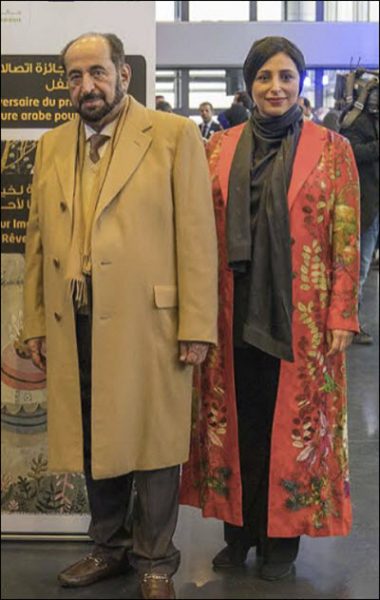 The news follows the emirate’s presence at last month’s Salon du Livre Paris. As Publishing Perspectives has reported, the Salon du Livre hosted not only Russia as its national market Guest of Honor but also Sharjah as its Ville invitee spéciale, Special Guest City.

Several of the events around Sharjah’s activities there now are coming to fruition as London Book Fair approaches.

The library restoration work in Guinea dovetails with one of the initiatives launched by the Sheikha Bodour bint Al Qasimi in Paris, in having her Kalimat Foundation for Children’s Empowerment inaugurate a program called “Pledge a Library.” The plan initially provides Arabic literature to Paris’ Bibliotèques de Montreuil in collaboration with Paris d’Exil, a nonprofit agency that supports refugees in and around the French capital.

In addition, volumes are going to the Arab World Institute and Al Sham Institute, with a goal from the Kalimat Foundation of giving Arabic readings to a total 100 libraries for use by youngsters separated in Europe from their native language, culture, and traditions.

Emphasizing one of the themes she frequently discusses in events around the International Publishers Association as a member of its executive committee, the United Arab Emirates’ Bodour now is stressing what she says is the rising importance of multicultural harmony in today’s contentious political climate.

“The role of children’s book publishers is to publish material that has a positive moral impact on children, helping them to understand many ethical and cultural values about life, and emphasize their role and duty toward humanity.”Bodour Al Qasimi

“I applaud Paris,” she tells Publishing Perspectives, “for embracing such an initiative, because it will not only benefit Arab children of immigrant families, but it also will contribute to social and cultural harmony. It’s important for multicultural communities to assimilate the heritage and culture of all children, to help them form a healthy sense of identity.”

And in Guinea, the parallel renovation and rebuilding project includes restoration work on some of the nation’s most valued books and documents that were damaged in the blaze.

Among articles most severely affected were works of Prof. Djibril Tamsir Niane, for whom the library is named. In addressing the damage, the work led by the Sharjah effort has digitized Tamsir Niane’s canon along with as much of the library’s damaged collection as was salvageable, an endeavor supported by Guinea’s president Alpha Condé.

The program also is a signal of support from Sharjah for a sister UNESCO World Book Capital.

Conakry is the current city holding the Paris-based agency’s designation, which will pass on April 23 to Athens. And then, as Publishing Perspectives has reported, in April 2019, Sharjah will become the first Arabian Gulf city to hold the honor.

The World Book Capital concept, of course, was introduced by the former International Publishers Association (IPA) president Pere Vincent. In responding to the program in Conakry, the current IPA president, Michiel Kolman, said, “Not only is it excellent to see the rebuilding of such an iconic library, but it’s also a beautiful example of the current World Book Capital connecting with a future World Book Capital. These are the sorts of initiatives we hoped would bloom” when the IPA first outlined the approach.

“It’s very important for children to ‘get’ international cultures, and if we want children to understand themselves and be able to talk with other countries, this needs to happen through books.”Hedwige Pasquet

In a prepared statement, Bodour is quoted, saying, “We believe that the opportunity of supporting the rebuilding of the library and the restoration of its literature, book by book, will help us spread a message to the youngest and oldest readers in Guinea and the world.

“Investing in literature is a necessity and responsibility bestowed on all of us, and Sharjah firmly believes that books and libraries effectively bring the world’s cultures together.”

Speaking for UNESCO, its publishing unit chief Ian Denison is quoted, saying that Sharjah’s assistance “is a very strong gesture of solidarity between peoples, an important step toward building a network of World Book Capitals which will foster exchanges between cities.”

The cooperation also feature’s Sharjah’s support for a 2,000-book donation from UNESCO’s General History of Africa series, for use in Guinean universities and institutions including University Gamal Abdel Nasser, University Général Lansana Conte of Sonfonia, and University Mahatma Gandhi in Conakry.

The series, a UNESCO initiative, was begun in 1964 and concluded, in its initial phase, in 1999, creating the first comprehensive effort at a history of African culture and societies.

Pasquet: ‘Important That a Child Reads for Pleasure’ 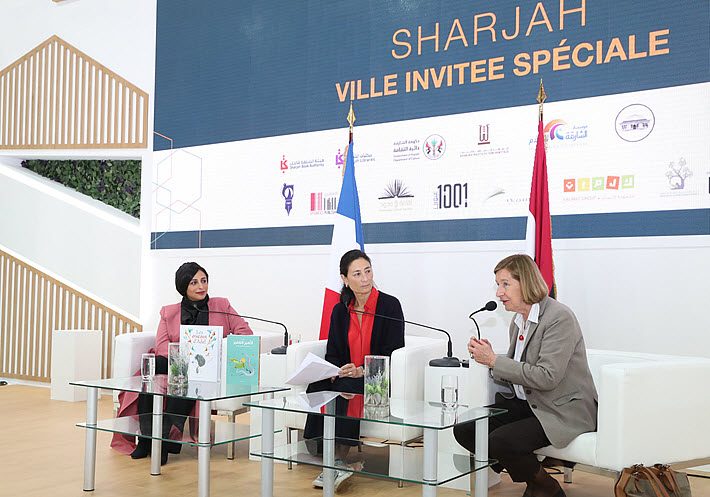 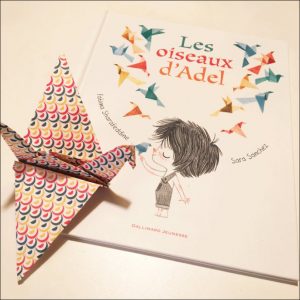 ‘Les oiseaux d’Adel’ is the first of Kalimat’s books published by Gallimard Jeunesse. It’s by Fatima Sharafeddine with illustrations by Sara Sanchez, and is translated into French from the Arabic by François Zabbal

As they explained in a Publishing Perspectives Talk at the Frankfurter Buchmesse in October, this is one of the innovative arrangements Bodour has opened with other leading publishers—including The Quarto Group and Bloomsbury—to have titles from Kalimat translated into other languages, and titles from those languages translated into Arabic. The ingenious part of this approach, of course, is that the publishers then sell the translated books into their own markets, rather than trying to establish the ground presence necessary in foreign markets.

The discussion—titled “The Importance of Partnerships With Local Publishers and Their Role in Reaching Wider Audiences and Enhancing Business Opportunities”—gave the Paris audience its first look at this form of publishing collaboration. 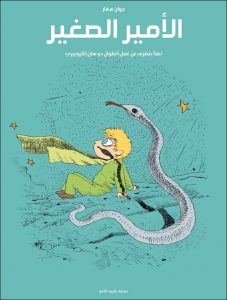 “At Gallimard,” Pasquet said, “we publish books for children from their births until they’re young adults. We think it’s very important to give them books that will help them taste the joy of reading. It’s very important that a child reads for pleasure.”

“And literature has the capacity to travel far and wide and help us explore a world outside of our own,” Bodour told the audience. “The role of children’s book publishers is to publish material that has a positive moral impact on children, helping them to understand many ethical and cultural values about life, and emphasize their role and duty toward humanity.”

“The children,” Pasquet said, “need to get what’s best from literature, and we feel that our partnership with Kalimat is the best way to give them the best Arabic literature.

“It’s very important for children to ‘get’ international cultures, and if we want children to understand themselves and be able to talk with other countries, this needs to happen through books.” 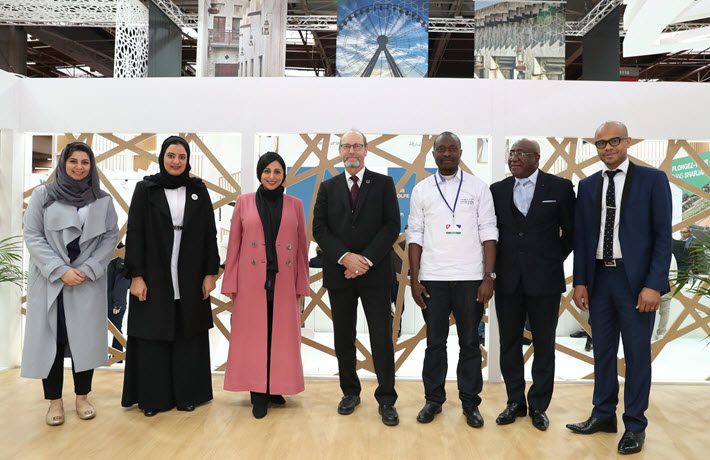