Ahead of her appearance at the London Book Fair, Latvian children’s publisher Alīse Nigale says that foreign rights sales have boosted her business. ‘What we discovered was that selling rights is all about the connections.’

‘To Begin With, It Seemed Impossible’

With diversity and inclusivity major interests for many at the London Book Fair this year, a Latvian children’s publisher who appears as part of the fair’s Market Focus Baltics programming is right onboard.

“The lack of diversity in publishing was one of the main reasons for us to establish a children’s book publishing house 14 years ago,” says Alīse Nigale. She’s the co-founding director of the family-owned, prize-winning Latvian children’s publisher Liels un Mazs—a name that translates to Big and Small.

“Since then,” she says, “diversity in children’s books has increased. We see this, for example, in picture books produced now in Latvia.”

“With Asian publishers, English is the bridge language. We do the translation into English, ourselves, and then we give it to the Asian publisher.”Alīse Nigale

Nigales’ Liels un Mazs was shortlisted for the Bologna International Children’s Book Fair’s Best Children’s Publishers of the Year award for Europe. And Nigale is, herself, director of the Jānis Baltvilks Prize in Children’s Literature and Book Art, Latvia’s leading award in children’s literature.

And yet, Nigale says, getting her publishing house off the ground has been anything but easy.

“We founded Liels un Mazs because we had the idea,” says Nigale. “Not because we had any money behind it. There were three of us: my mother, who is a children’s author; my cousin, a textile artist; and myself, a young person looking to see what she could do with her life.

“The idea was that we wanted to publish picture books that were more ‘design-ish’ and of higher quality,” she says. “We also wanted to find more Latvian illustrators. We started with one or two titles per year, now it’s 10 to 15. I think we’ve become pioneers in this.”

Showing Up Matters: ‘You Build Connections’ 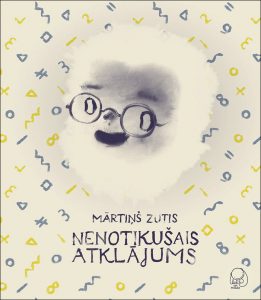 Picture books by Latvian authors from Nigale’s house include Mārtiņš Zutis’s The Discovery That Never Was, an illustrated take on the traditional counting book.

Then there’s Rūta Briede’s The Queen of Seagulls, which is about Renata, a woman who doesn’t know that she’s a seagull who drank a magic potion.

And there’s White Bear’s Cooking Adventures, a picture book by Mārtiņš Sirmai, one of Latvia’s best known chefs. The book is intended to interest young readers in cooking with its tale of the six-pawed White Bear who lives in the bear village next to the North Pole and hasn’t yet found his calling. 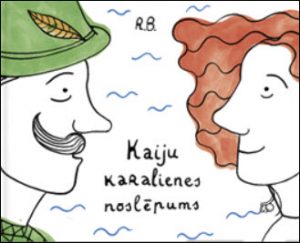 And for all the fine looking books on her site today—with good English descriptions—the company’s position today is relatively recent.

“To begin with it seemed impossible,” says Nigale, looking back now on the company’s development. “Then last year it changed. Before, we couldn’t sell a book. And now we’re growing.

“In 2011,” she says, “we started going to the Bologna Book Fair every year to give us a much better idea of what’s going on in the world—and, more importantly, what would sell. What we also discovered was that selling rights is all about the connections. If you’re there every year, you build more and more connections. 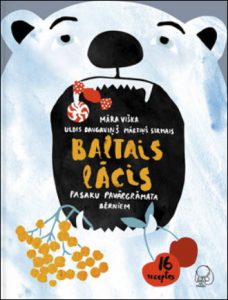 “I hadn’t expected that Liels un Mazs would be shortlisted for a prize at the Bologna fair, but we published several very well-received picture books during 2017 and our rights sales had grown. I can’t say that being nominated has influenced our sales yet, but it might be a turning point, a chance for us to increase our sales.”

And she says that her knowledge of what sells overseas is changing what books she commissions.

“For us, picture books are the things that sell. And poetry books.”

Liels un Mazs is selling lots of rights to Southeast Asia. The Dog Who Found Sorrow—illustrated by Elīna Brasliņa, profiled by Publishing Perspectives here—became the first Latvian book to be published in Korean last year.

“It’s still unusual for a Latvian publisher to want to sell rights. Yes, only a few publishers here are trying to sell rights to Asia—and we’re the only publishing house that has an agent to do it. We’re a small country and many publishers don’t have the budget to go to somewhere like the Shanghai Book Fair.

“Regarding the agent, we thought, why not, let’s give it a try. The money we pay for the agent is not so much. He pays for himself through reaching the Asian market.”

What goes from Latvia into Asia, however, she says, gets there by way of English.

“With Asian publishers, English is the bridge language,” she says. “We do the translation into English, ourselves, and then we give it to the Asian publisher. That way we can trust that the English translation is good, even if we can’t read Korean or Japanese.

“In Latvia there’s a lot of interest in Korean popular culture in the younger population, so perhaps in the future this will change.”