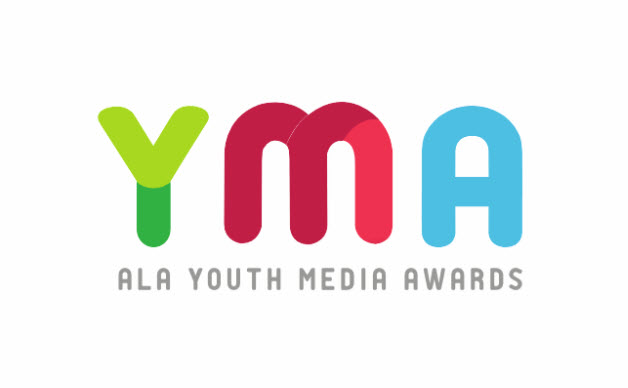 America’s top awards in children’s books and literature were announced at the ALA Midwinter meeting this week, honoring authors, illustrators, diverse literature and more. 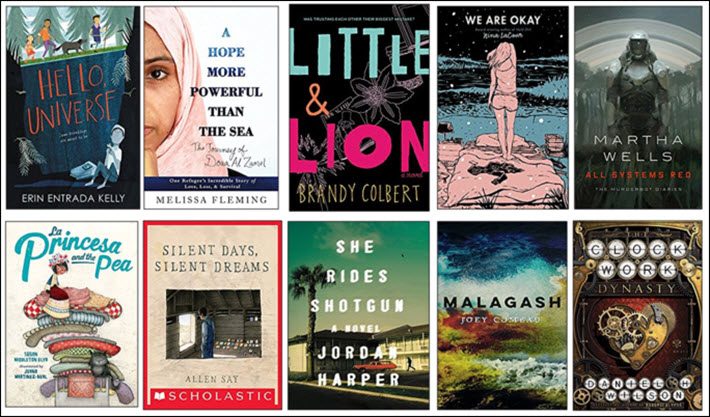 At its Midwinter Meeting, this year in Denver, the American Library Association (ALA) has issued its key youth awards, announcing Erin Entrada Kelly’s Hello, Universe (HarperCollins/Greenwillow) the winner of the 2018 Newbery Medal, and illustrator-author Matthew Cordell’s Wolf in the Snow (Macmillan/Feiwel and Friends) the winner of the 2018 Randolph Caldecott Medal.

As Alexandra Alter at The New York Times points out, these two awards “are among the most prestigious prizes within children’s literature” and are honors that “can drive sales and steer librarian and teacher recommendations.”

The suite of what ALA refers to as its Youth Media Awards, in fact, comprises almost 20 targeted recognitions and almost 30 top-honored books—in addition to honorable mentions.

One of the most interesting of these prizes is the Alex Awards, which names 10 books  as “the best adult books that appeal to teen audiences.” In that crossover award, the 10 winning titles for 2018 are:

Further awards include a trio of Coretta Scott King honors:

The Michael L. Printz Award, given for excellence in YA literature, has gone to We Are Okay (Penguin Young Readers/Dutton Books) by Nina LaCour.

The Laura Ingalls Wilder Award honors an illustrator or author whose books, published in the States, are deemed to have made a “substantial and lasting contribution to literature for children” over time. This year’s honoree is Jacqueline Woodson, for her titles including Brown Girl Dreaming, After Tupac & D Foster, Locomotion, and Show Way.

The Margaret A. Edwards Award for lifetime achievement in writing YA has gone to Angela Johnson, her books including Heaven, Looking for Red, The First Part Last, and Sweet, Hereafter published by Simon & Schuster for Young Readers; Bird, which is published by Penguin Young Readers/Puffin Books; and Toning the Sweep, published by Scholastic/Orchard Books.

The May Hill Arbuthnot Honor Lecture Award for 2019—the year of the lecture to be delivered—recognizes “an author, critic, librarian, historian or teacher of children’s literature” who goes on to present a lecture about children’s literature. The lecturer-designee for 2019 is Debbie Reese, a longtime advocate of Native American representation.

The Mildred L. Batchelder Award for “an outstanding children’s book originally published in a language other than English in a country other than the United States, and subsequently translated into English for publication in the United States” goes to The Murderer’s Ape, illustrated and written by Jakob  Wegelius in a translation from the Swedish by Peter Graves (Random House Children’s Books/Delacorte Books).

The Odyssey Award for best audiobook produced for children and or the YA category available in the States is awarded this year to The Hate U Give (HarperAudio) by Angie Thomas with narration by Bahni Turpin.

Thomas’ and Turpin’s The Hate U Give (HarperCollins/Balzer + Bray) also has won the William C. Morris Award for a debut book published by a first-time author writing for teens.

The Robert F Siebert Informational Book Award has been conferred on Larry Dane Brimner for Twelve Days in May (Highlights/Calkins Creek).

The Theodor Seuss Geisel Award for the most distinguished book for beginning readers is “Charlie & Mouse,” written by Laurel Snyder and illustrated by Emily Hughes. The book is published by Chronicle Books.

And lastly, the YALSA Award for Excellence in Nonfiction for Young Adults has been given to Vincent and Theo: The Van Gogh Brothers (Macmillan/Godwin Books/Henry Holt) by Deborah Heiligman.

More about the ALA Youth Media Awards is here. More of Publishing Perspectives’ coverage of children’s books is here.