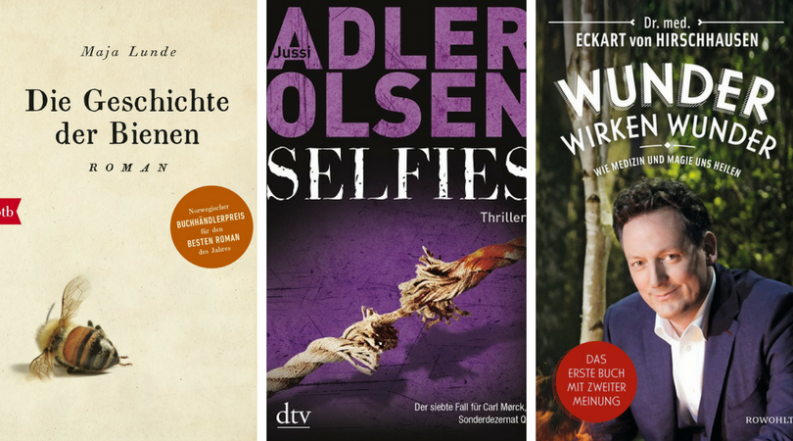 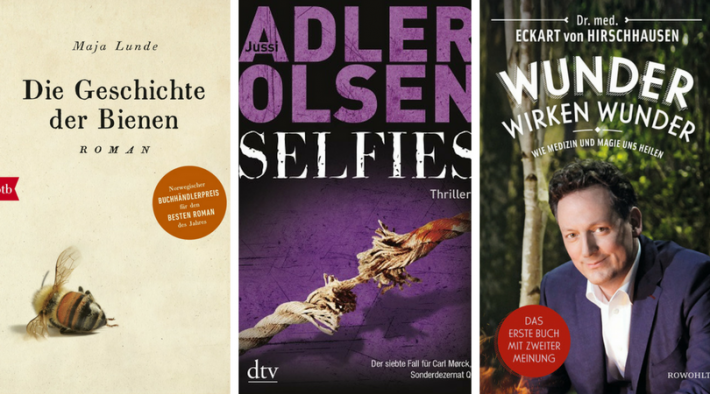 German readers embraced translated fiction in 2017, sending a number of international authors to the bestseller lists, according an annual bestseller report by trade magazine, the Boersenblatt.

Tracking book sales for January-December, 2017, the German bestseller lists of hardcover fiction and nonfiction show six of top ten titles in fiction were translations. On the nonfiction side, German-language authors dominated, taking nine of the top ten spots.

The Boersenblatt‘s bestseller charts track more than 84% of book sales in the German market and include sales data from some 4,200 stores and points of sale.

The top-selling fiction title in Germany in 2017 was The History of Bees by Norwegian author Maja Lunde. Falling under the emerging category of climate fiction—or cli-fi—this literary novel follows the lives of three generations of bee-keepers and the impact of climate change on society. Published in March 2017 in Germany, the book hit the top of the bestseller lists by summer, the Boersenblatt reported.

Thrillers were popular, taking second, sixth and seventh places. Origin by Dan Brown came out in German in October 2017 (just in time for the Frankfurter Buchmesse). Danish author Jussi-Adler Olsen published the seventh book in his Department Q series, Selfies, to take sixth place. And German thriller writer Sebastian Fitzek, a familiar name on the country’s bestseller lists, came in seventh with Flugangst 7A.

In third place is Daniel Kehlmann, who is best known for his 2005 novel Measuring the World. Kehlmann’s latest novel Tyll follows a trickster through the Thirty Years’ War in the 17th century.

Also on the fiction list are two titles by Elena Ferrante and A Column of Fire by Ken Follett.

Taking the top spot in nonfiction is Miracles Making Miracles by Eckart von Hirschhausen, which the Boersenblatt reports had had sold 500,000 German-language copies by the end of 2017. The book explores the “ongoing struggle between science-based medicine and supporters of alternative therapies.” According to Rowohlt, rights have been sold into 12 countries, and Hirschhausen’s previous books have sold a total 5 million copies.

Two translated titles appear on the nonfiction list: Homo Deus by Israeli author Yuval Noah Harari, and Penguin Bloom by Cameron Bloom and Bradley Trevor. Homo Deus, a look at the future of humanity, became a bestseller in many countries. It follow’s Harari’s mega-success, Sapiens, which sold a reported 1.2 million copies worldwide.

Another familiar name in Germany and around the world, Peter Wohlleben continues his bestselling streak, taking second and fourth places on the nonfiction list.