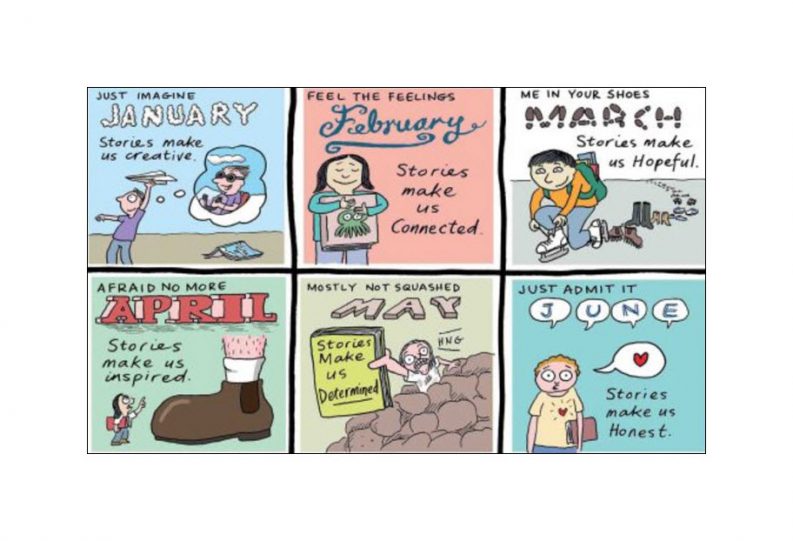 The next two-year post as Children’s Literature Laureate in Australia is taken up by Morris Gleitzman, as the American Literary Translators Association announces deadlines for its competitions’ entries. 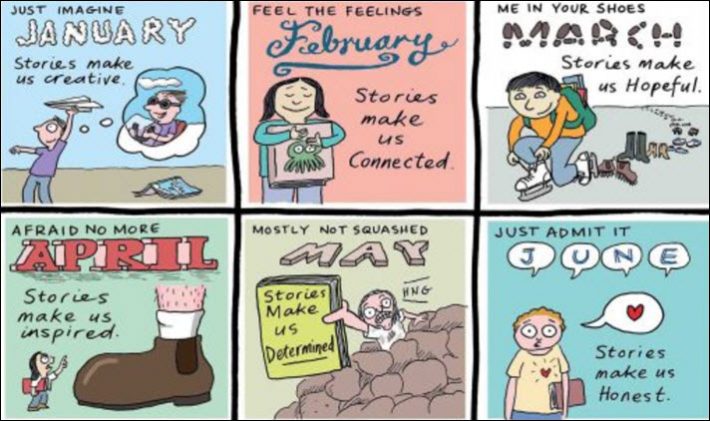 The first six months of the Australian Children’s Laureateship, as planned by the new laureate, Morris Gleitzman, with illustrations by Andrew Weldon. Image: MorrisGleitzman.com

The biennially awarded laureateship highlights the work of an outstanding illustrator or author whose role then becomes part of the organization’s work in promoting “the importance and transformational power of reading, creativity and story in the lives of young Australians.”

The theme for Gleitzman’s two-year term will be “Stories Make Us—Stories Create Our Future.”

The laureate designation was established in 2008 and Gleitzman’s designation will be formalized on Thursday (February 15) in an event at the State Library of New South Wales. 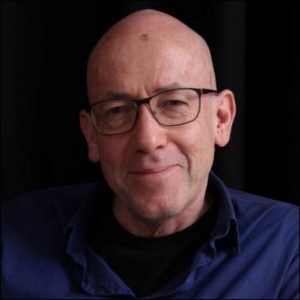 In a prepared statement, Gleitzman is quoted, saying, “As laureate, I’ll champion stories and everything stories can offer. I aim to be a kind of ambassador for young readers, and for the community of people who write for them.

“An emissary from the place where young imaginations draw strength from stories and grow and engage and become our best hope for the future.

“Young people need stories more than ever. Stories to delight, stories to beguile, stories to inspire, stories to move deeply. And through these experiences, stories that equip young readers to embrace an often dark and uncertain world with optimism, resolve and creativity.”

The organization’s chairman, Ron Gorman, is also quoted, saying, “We were delighted when Morris accepted the role of children’s laureate for 2018 and 2019. His impressive body of work is well known by Australians, young and old, who will no doubt celebrate his laureateship. 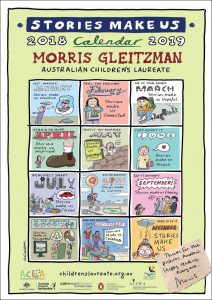 “Increasingly, research is showing us that reading changes lives—Morris will be a persuasive voice in bringing Australians to value reading and children’s literature.”

More than 30 years into his career, Gleitzman writes books for young people that explore both serious and more lighthearted subjects including Two Weeks With the Queen, Boy Overboard, Bumface, Toad Rage and the “Felix” series that includes Soon, winner of the CBC Australia Book of the Year for Younger Readers recognition.

His books are published in more than 20 countries, and in Australia they’re published by Penguin Random House.

The American Literary Translators Association (ALTA) has opened its submissions for its 2018 cycle of translation awards. These are the prizes for which entries are being received:

The awards are to be preented at the organization’s annual conference. ALTA41 is themed on “Performance, Props, and Platforms,” and is set for October 31 to November 3 in Bloomington, Indiana, with a keynote from Caridad Svich.

There’s a submissions portal to be used for entries here. And the deadline for all submisssions is 11:59 ET on April 16.