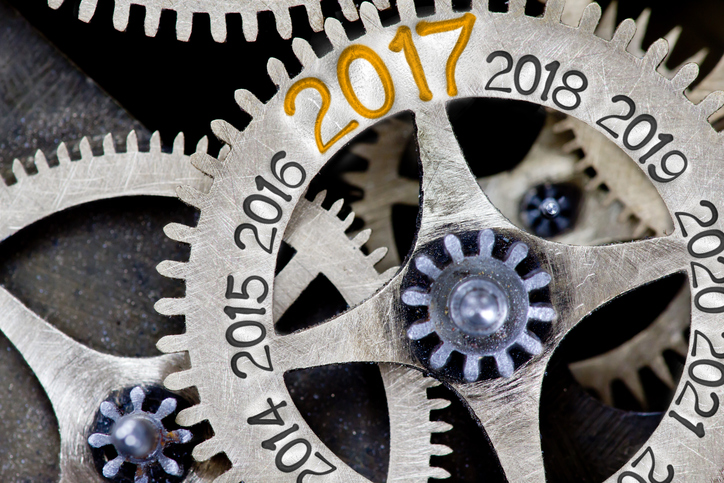 With 2017 now so old it almost creaks, Copyright Clearance Center’s ‘Beyond the Book’ podcast series lines up three topical segments that glimpse points of interest in the year now ending. 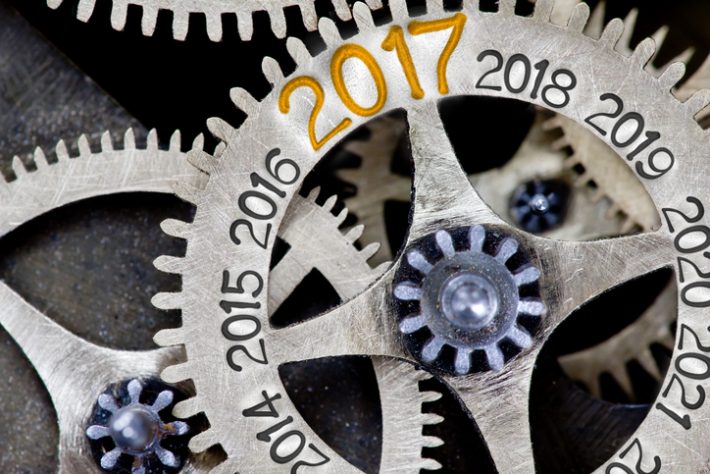 In taking a look back at 2017, Copyright Clearance Center‘s (CCC) Christopher Kenneally has created three year-end segments of his podcast series Beyond the Book.

Publishing Perspectives has been given an early look at what’s in store on the next three Mondays’ podcast installments so we can preview the trio of shows for you.

In each of the programs, Kenneally is creating a kind of pastiche of topical exchanges rather than having listed guests speak together in a real-time conversations. The result is several topical angles on an issue weekly–not intended to be a waterfront-wide overview but a selective drop-in on several related viewpoints.

December 18: ‘Gender and Diversity in the News’ 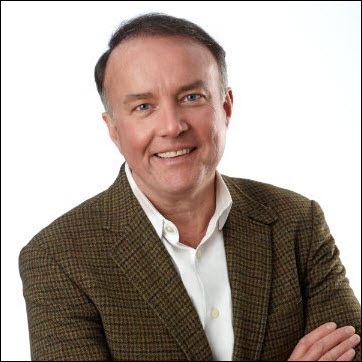 In the opening segment of the three 2017 year-end podcasts, Kenneally has audio from five speakers:

The issues of workplace harassment and allegations of sexual misconduct, of course—Kenneally refers to certain “patterns of behavior”—have found long-overdue traction in the American culture this autumn and, as Publishers Weekly’s Rachel Deahl points out in her comments to Kenneally, sexist indiscretions are hardly a problem of the publishing industry alone.

Indeed, as Deahl notes, the demographics of US publishing, with some 80 percent of the workforce female, might suggest that publishing would see less victimization of women than many other industries. But, as Deahl mentions, men hold more executive positions publishing than women do, and the business tends to involve after-hours events with some frequency. She also observes that the industry’s mix of full-time employees and freelancers means everyone isn’t working on the same policy-driven behavior protocols—a very good point.

The show also addresses the need for diversity and inclusivity in publishing—and this includes its service to its consumer base as well as its workplace makeup. 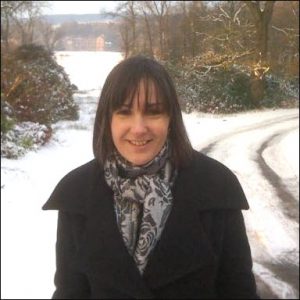 “Simply putting a diversity strategy in place is probably not going to be enough,” she tells Kenneally.

“You really need to develop an inclusive culture so that those diversity strategies that bring different people into the business can create an environment where they’re going to succeed.”

A part of this sequence is from Frankfurt Book Fair where, in October, Copyright Clearance Center’s CEO and president Tracey Armstrong moderated a discussion for the STM Association. On the panel, Armstrong asked Leon Heward-Mills, Taylor & Francis’ publishing director, about recruiting talent. 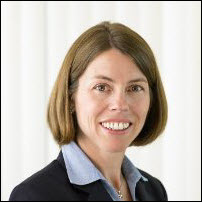 Armstrong’s interview with Publishing Perspectives ahead of Frankfurter Buchmesse’s The Markets conference remains one of the strongest and most insightful of our year in issues facing publishing around workplace gender diversity. In her interview, Armstrong surfaces especially cogent points about how we think of mentoring for women and how deeply ingrained and unconscious biased behavior and reactions can be in our society, both among men and women. If you haven’t had a chance to read her comments, it’s well worth taking a few minutes to do so.

The longest and perhaps most esoteric part of the podcast looks at the scholarly journal sector. Indiana University professor Cassidy Sugimoto says that however much women may be contributing to research, the frequency with which their work is cited is seriously lagging.

“In many disciplines,” Sugimoto says her work suggests, “women were publishing in journals of higher impact factors than their male colleagues. However, within these journals, women’s papers were cited less. And this gap was particularly pronounced in journals of the highest impact factors. That is, women were making it through the selection process at journals like Science, and Nature, and PNAS, but they weren’t seeing the citation advantage of their male colleagues.”

December 24: ‘The Business of Publishing’ 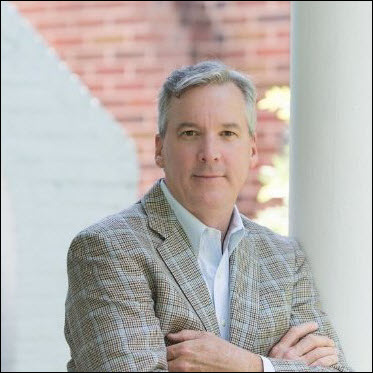 Opening on a chat about the business-model woes of the journalistic media with Paul Boyle of the News Media Alliance, this year-end conversation looks at the fact that digital media reveal to a medium–and its advertisers–what users are consuming. This has been a fact of newsroom life for a good decade or more, something that long predates the digital-emphasis innovations made in such news settings as The New York Times and The Atlantic. It’s interesting to be reminded that the digital disruption was a fact of life in the news industry many years before its main energy reached the book publishing arena.

Audio Publishers Association executive director Michele Cobb talks about one of the hottest topics in publishing this year: the continued growth of audiobook sales. Cobb addresses the role of streaming services and downloads in the rise of audiobooks.

“In a digital world, really,” she says, “the file can be as large as you want, so you don’t need to worry about abridging any of the materials, and you can carry an entire book with you on a small stick or on a phone or on your computer.” 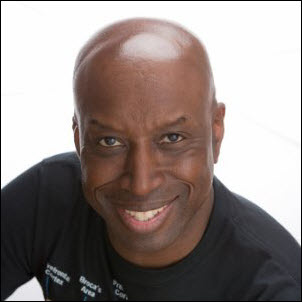 And that dovetails well with the comments from Gadget Software’s Maxwell Riggsbee, who discusses user choice and control in the smartphone arena.

“Perhaps the biggest thing here is selectivity,” Riggsbee says to Kenneally, “our ability to pick out the pieces that we want, perhaps at times even share those pieces or organize them in a new way, and deliver them out to an audience that we ourselves may be creating.

“This bi-directional nature and always-on connectivity of the smartphone is really changing our relationship with content.”

One of the results of that changing relationship that presents some daunting factors for publishers—still coming into focus—may well be a fundamental adjustment in the very nature of reading: “Our reading becomes more utility in nature,” he says, “as opposed to a comprehensive read that we once enjoyed when we were reading books and Web pages.” 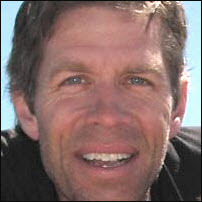 In this third Beyond the Book year-end episode, Brad Turner, VP of Global Literacy at Benetech, says he’s looking at accessibility issues. As Turner puts it, “We run the world’s largest library for people who have difficulties reading traditional print.

“So people who are blind, people who have a physical-mobility impairment that keeps them from turning the pages of a book or holding a book, and even people with dyslexia that affects their ability to read print.”

Kenneally then turns to the industry’s well-known Austrian consultant Rüdiger Wischenbart, whose Global Ebook Report this year has been joined by a new offering, the BookMap trends-tracking project. 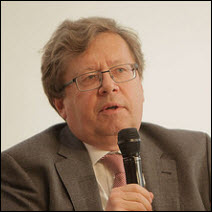 Wischenbart discerns a middle ground in the industry, he says, in which the economics of ebooks have not worked as well as for independent authors on one hand and big publishing houses on the other. The Amazon Kindle-driven advent of a genuine ebook ecosystem, he says, “brought up self-publishing, but also it changed the way how the big publishing houses organized their thinking, because they were the first to learn to make good money—really significant money—out of curated digital book content.

“The really challenged guys are those in the middle ground—the traditional high-fiction brands all over the place, in the US like in Europe, because they are somehow trapped in the middle. They have all the cost, but they never really managed to get into scale and into that learning about the readers, being capable of interacting with the readers directly, so they have all the challenges and not really found a way out of it.” 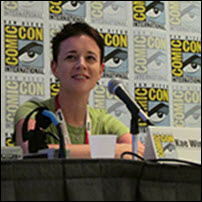 And finally, Kenneally talks with TokyoPop’s Kae Winters about “scanlation,” which he reminds us is “a species of copyright infringement native to the manga world,” a matter of fan-made translations.

This and Beyond the Book’s other year-end conversations won’t necessarily brace you for 2018 or even give you a comprehensive shape to the seemingly endless trials of 2017. But they might offer a few of the highlights, issues, and projects that have developed over the last 12 months.