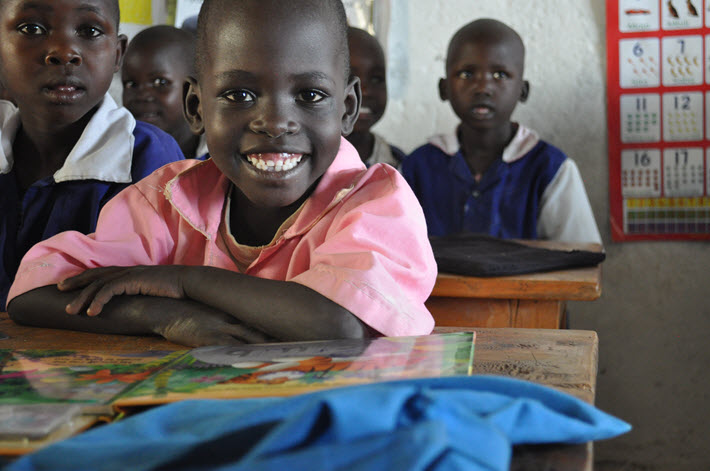 In its four-year bid to reach 310 public primary schools in Africa with 1,200-book libraries, Book Aid International reports that it has contacted almost 99,000 students’ classrooms this year. 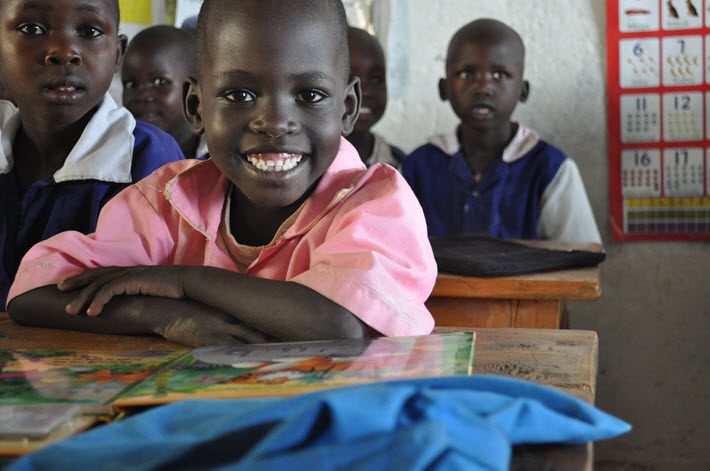 The winner of this year’s International Excellence Award in educational initiatives from London Book Fair and the UK’s Publishers Association was the literacy charity Book Aid International‘s Inspiring Readers program.

Launched in 2016, the program has a goal of reaching a quarter of a million African primary school children by offering “Book Box Libraries” to primary schools and training for teachers.

Inspiring Readers, which the charity considers its flagship program among many outreach efforts, is operating in Kenya, Cameroon, Malawi, and most recently Uganda, the organization says.

And in a year-end progress report, Book Aid officials say that they’ve so far accessed the classrooms of 98,814 African primary school students.

In a prepared statement, Book Aid chief Alison Tweed is quoted, acknowledging that this year’s progress is “thanks to the hard work of our library partners and all the teachers who have participated in the program.

“Together we are making a real difference,” she says, “to the lives of children and to their communities as well by giving them a chance to discover the joy of reading. Inspiring Readers is just getting underway in Uganda and we are looking forward to expanding the program further next year.”

Tweed and her staff also pay tribute in their year-end commentary to the UK’s People’s Postcode Lottery which reportedly has provided some £900,000 (US$1.2 million) to the work of the charity.

Book Aid’s background materials cite United Nations agency estimates that as many as 48 million sub-Saharan African children are functionally illiterate. In Kenya, Book Aide’s local partner organization Storymoja finds that only 2 percent of public primary schools have libraries. The cost of providing a “Book Box Library” is about £2,600 (US$3,488), and the Inspiring Readers program’s goal is getting a library into each of 310 primary schools in four years’ time.

A Book Box Library contains 1,250 new books, some of them locally published. The selection is chosen to accommodate students’ needs from picture book sand simple readers through upper primary school. 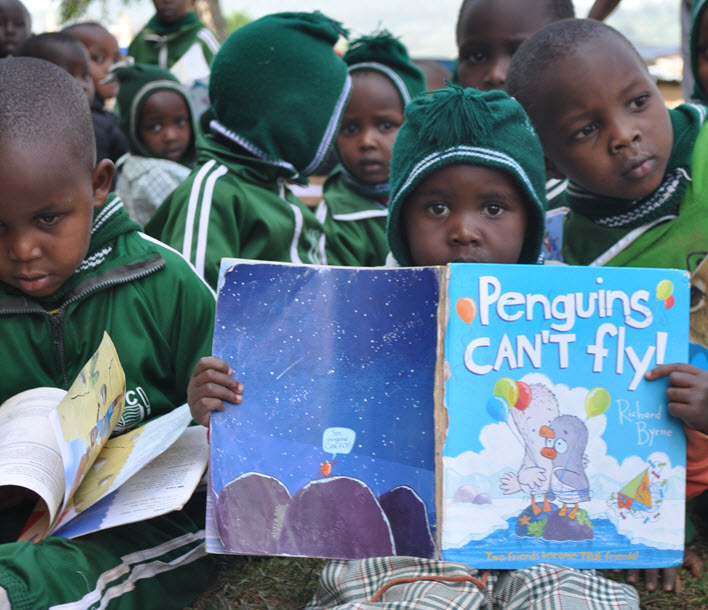