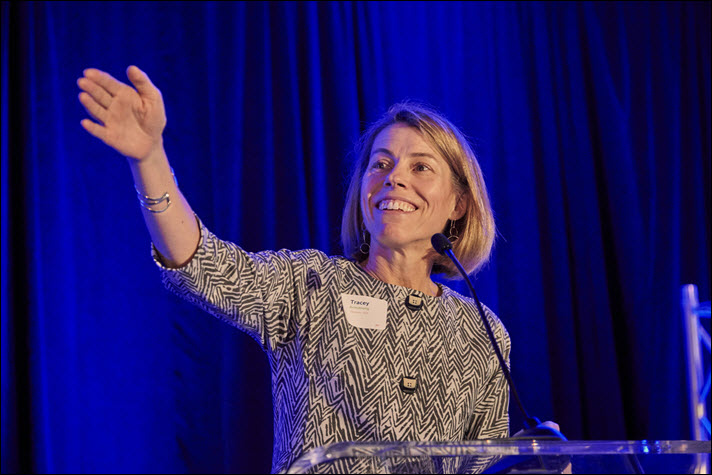 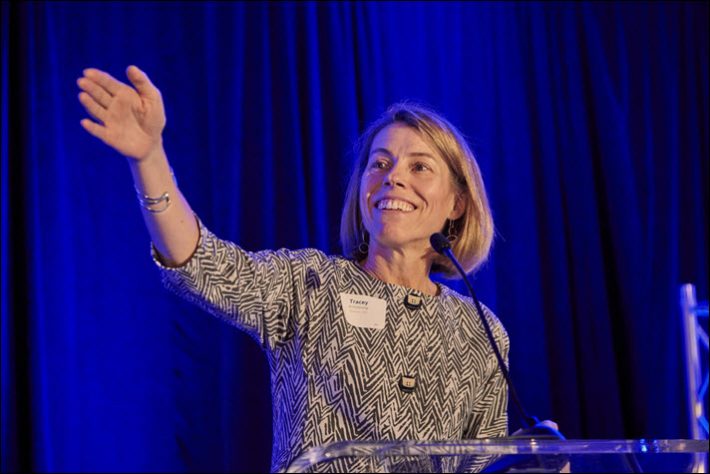 “But I do think there’s some momentum” for improvement in publishing these days, she says. “I see the Publishers Association in the UK coming up with a program on diversity. I’ve talked on a panel at London Book Fair about diversity. And I do think ‘diversity’ is further-reaching than gender diversity.

“But we do tend to do a lot of studies and a lot of talking. We contemplate the issue, but we don’t seem to be able to break the barrier. And I don’t think that some of this is unrelated to the US election.

In an interview with Publishing Perspectives ahead of her appearance on a panel with sister women executives on October 10 at Frankfurt Book Fair in its 2017 The Markets conference, Armstrong explores the all-but-invisible power of assumptions and behavior in our workplace lives today–and the proximity that women executives typically have, or not, to money and power in business.

Armstrong will appear on the panel with:

More information about the panel and The Markets program is here (PDF).

To CEOs: ‘Get Out of the Office’

“The talent of the future works for you already. You just haven’t met them yet. You’ve got to walk around the halls and meet these people.”Tracey Armstrong

“Then to go from the macro to micro, we don’t have women in positions of ‘owning revenue’ often enough” in corporate leadership. “I believe that’s very important. We see more women in executive positions in marketing, in human resources, and these are critical positions. But you tend to ascend past a certain point in an organization when you have P&L [profit and loss] ownership and you’re driving revenue or profitability or both. I think that’s an important element.”

“I think you see much more of women mentoring women,” Armstrong says. “And when we see executives wondering, ‘Why isn’t my organization more diverse?’ we need to ask what are they doing, what are those male CEOs and line owners doing to bring women up? What chances are they taking with women? What pilot programs are they initiating? Not studying the issue and interviewing.

Armstrong points to the kinds of discrepancies in workplace behavior that are so common that we tend not to notice them. “For example, in the younger generations, you may see employees leaving work early today,” she says, “both men and women, because family responsibilities are much more shared. But when the man leaves the office, he’s just ‘leaving early.’ The woman?—is explaining. ‘I’ve got to pick my son up.’ The way society has stovepiped and stereotyped that kind of behavior, it’s diminishing her contribution.

“Now, should she not say that? It’s hard for me to say that should shouldn’t say” that she has to leave to pick up a child from school. “But it’s important to recognize the ‘off-label’ effects of saying it, the off-label effects of diminishing our contributions for reminding our employers of our other obligations when, of course, our employers want as much of our mind-share as they can get.

“I’ve actually counseled women in my own company not to take notes in the meetings. I’m absolutely a nut about this, you can ask my colleagues, about rotating the note-taking. On the executive team? Male, female, dog, cat, bird, whoever you are, you’re going to take notes. And we rotate on a quarterly basis. Because before we did that, you can bet who was taking the notes. It was always the women, regardless of their position or title.” 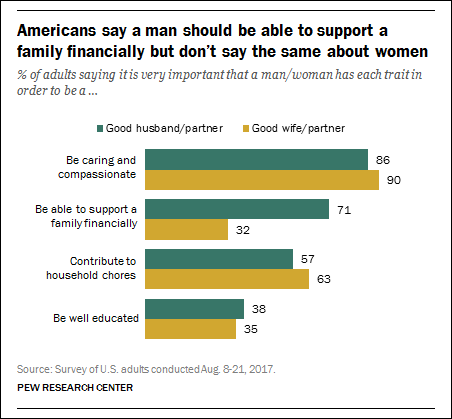 The subtlety of such culturally embedded expectations was reflected last Wednesday (September 20) in a report by Kim Parker and Renee Stepler at the Pew Center’s FactTank in which research indicates that, “In about a third of married or cohabiting couples in the United States, women bring in half or more of the earnings, a significant increase from the past.

“But in most couples,” the report reads, “men contribute more of the income, and this aligns with the fact that Americans place a higher value on a man’s role as financial provider.”

The nationally representative survey behind this finding comprised input from 4,971 adults and was conducted in August using Pew Research Center’s American Trends panel.

Armstrong, asked if there’s a time ahead when such biases can be reversed, says, “We’re just trying to keep the lid on them for now, trying to keep it from getting worse.

“If you’re really trying to ascend in your career, you’ve got to get used to being by yourself as the only female at the table.”Tracey Armstrong

Looking at the political landscape of the autumn, Armstrong says, “In the last 18 months, we’ve learned a lot, certainly in the United States, about how deeply rooted are the biases that we thought we’d progressed on. That definitely includes gender bias.

“I read recently about Hillary Clinton, for example, a question of whether any other politician had ever been asked so many times to apologize. I think that’s an excellent insight. I’m not making a comment as to whether she should have apologized for some of her choices such as the email server” that became a point of distraction and bitter dispute in the 2016 US presidential election.

“The point is, how much are we going to labor over these things, how many minutiae are we going to ask her to apologize for? As opposed to offenses committed by male politicians. We’re not getting apologies from our current president on some of his vulgar language, which we have on videotape.”

Such double standards—expectations of female apologies but not male apologies—show us that “These waters run very deep,” Armstrong says, “so I don’t think we’re going to see marked improvement one generation from me” in her daughter’s time.

And when was the last time you heard male employees being asked how they deal with work-life balance?

Sharply attuned to these distinctions, Copyright Clearance Center’s Tracey Armstrong says she’s glad to be participating in the Frankfurt panel at The Markets. And she has no delusions of how entrenched so many biases may be.

“In 2017, we’re having to have a panel on women executives in publishing,” she says. “And we’re still striving for equal pay.”