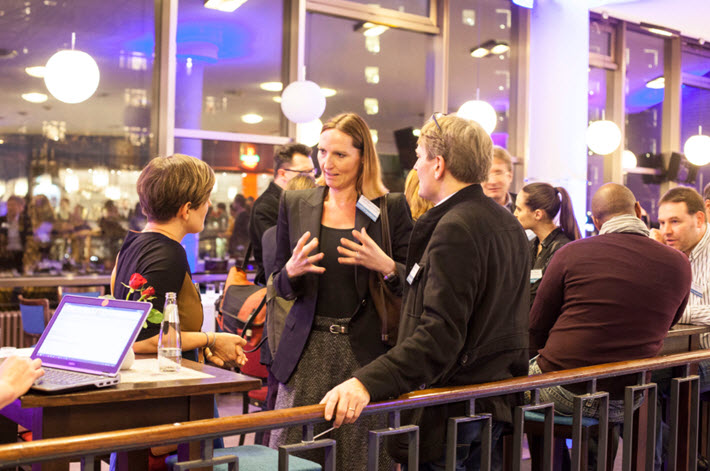 A two-day intensive from Future Publish at Leipzig Book Fair includes behind-the-scenes looks at the fair; and literary fiction and free speech intersect at conferences in the US and UK.

Presented by the Leipzig Book Fair and the Association of German Publishers and Booksellers, The Future Publish program offers a look behind the scenes at the Leipzig event.

Leipzig director Oliver Zille opens the program on the 22nd, with sessions following on topics including content marketing, self-publishing and public relations amid changes in digital publishing.

In the evening of that first day participants have a chance to join in on the official opening of the fair.

On the 23rd, programming will include a guided tour of the with introductions to industry players and a chance to hold business appointments with representatives of publishers Bastei Lübbe and Carlsen.

If interested in the program, the price is €45 (plus VAT), and that includes the events, catering, and dinner for March 22 and a day ticket for the fair and lunch on March 23. Register by February 28 using  info@futurepublish.berlin.

More information on the program, which is hashtagged #fpbln17, is here.

As quoted in The Guardian by Danuta Kean, Faber chief Stephen Page took the opportunity to comment on perceived rising threats to freedom of expression and on the industry’s place in that scenario.

“Publishing has a part to play in this fight,” Page is quoted saying. “We are about freedom of expression, making the public aware and [providing] education. These are things that matter very much now.”

Kean reports that Page also made the connection between the political climate of the times and the importance of literary fiction, something that was being discussed at another conference on the same day in Washington, DC.

At the Association of Writers and Writing Programs‘ (AWP) conference there, Europa Editions editor Michael Reynolds put forward the phrase “global empathy” as a quality that literary fiction cultivates and communicates.

Europa Editions is a publisher with offices in both North America and Europe, originally founded in Italy by Sandro Ferri and Sandra Ozzola Ferri.

Reynolds was speaking at the AWP conference on a panel on Current Trends in Literary Publishing, presented and moderated by Jeffrey Lependorf of CLMP and featuring, in addition to Reynolds, Jonny Diamond of Literary Hub; Katie Freeman of Penguin Random House’s Riverhead Books; and Dawn Davis of Harper Collins’ Amistad.