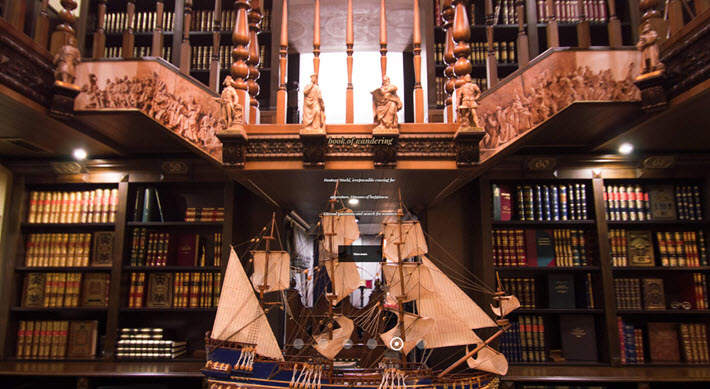 As much a club as a library, St. Petersburg’s Book Capella offers high-priced memberships for ‘book apostles’ in a classic library setting. 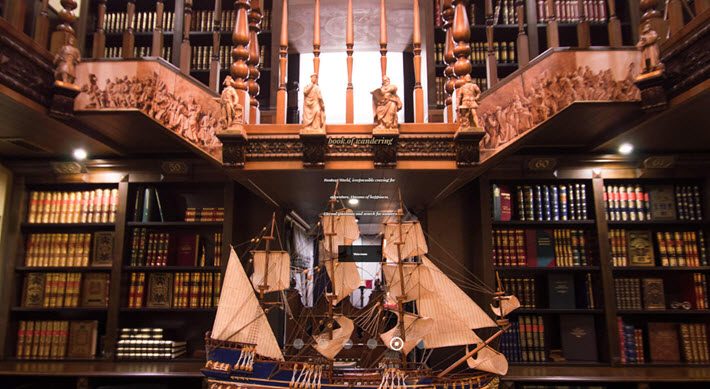 At Russia Behind the Headlines, Alexandra Guzeva reports that St. Petersburg’s publishing house Alfaret has opened the Book Capella, Russia’s most expensive library.

“Anyone who has always dreamed of visiting an Oxford-style library,” Guzeva writes, “or a book repository that could come straight out of an Umberto Eco novel will be interested to learn that this project is Gothic in style.”

Project coordinator Irina Khoteshova tells Russia Behind the Headlines that the library “contains more than 5,000 rare books dating from between the 16th and 19th centuries, all of them published by Alfaret.” 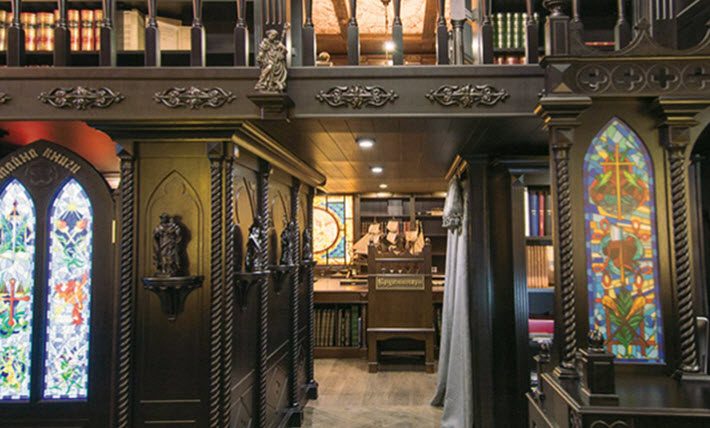 Unlike Russia’s free public libraries, the Book Capella charges visitors 7,000 rubles (US$117) for a visit of four hours. There’s also a two-hour gift certificate available for 4,000 rubles (US$68).

Also available for “true book lovers,” is an assortment of bundled services, from the “Book Apostle” yearly card for 230,000 rubles (US$3,918) up to the “Preacher’s Book Apostle,” “which may cost up to 5 million rubles (US$85,400).
Guzeva quotes Khoteshova, saying:

“We see our potential patrons as business people who would like to visit the library instead of spending the evening at a restaurant.

“That way they can spend some quality time in its cozy surroundings with a good book for company, or conduct business talks and other important meetings with their partners in a pleasant setting.”

Alfaret publishes reprints as well as facsimiles of Russian and international masterpieces. The publishing house tells RBTH that the Book Capella is “primarily aimed at clients, collectors, and professional historians.”

Alexandra Guzeva’s full article for Russia Behind the Headlines is here.