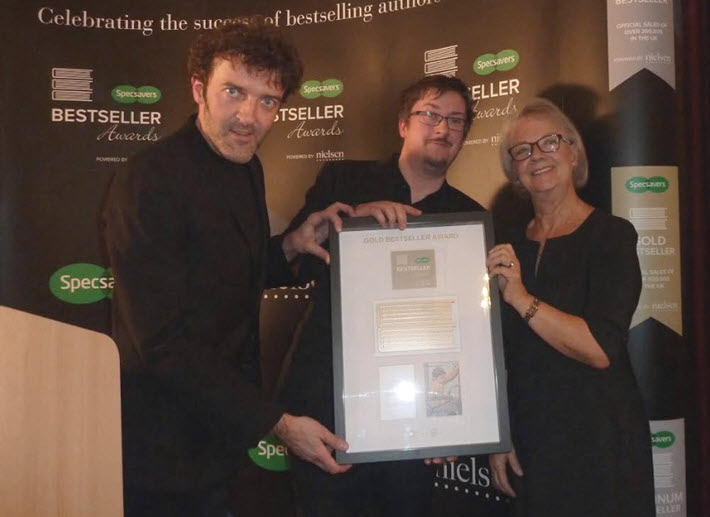 Million-copy-selling bestsellers get Platinum status in the UK’s new edition of the Specsavers-sponsored award, with winning market performances verified by Nielsen. 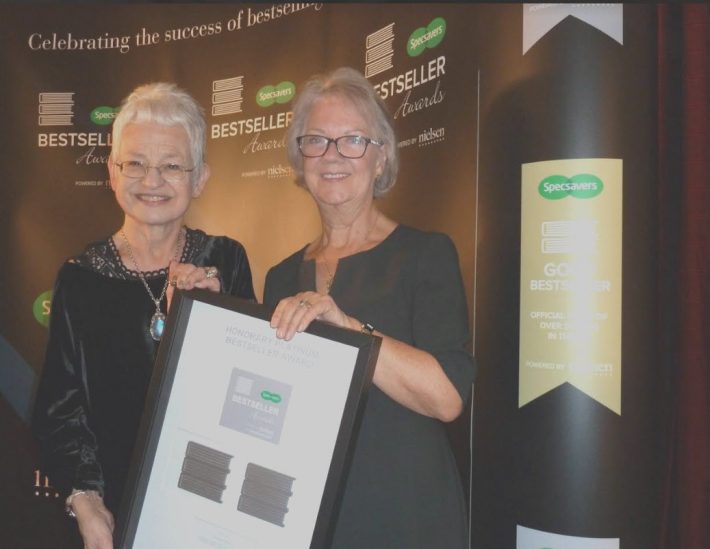 Other authors who hit Platinum, Gold (500,000 copies) or Silver (250,000 copies) milestones in the UK with single books in 2016 include Paula Hawkins with The Girl on the Train (triple Platinum), Joe Wicks with Lean in 15 (Platinum), Bill Bryson with The Road to Little Dribbling (Gold) and Bruno Vincent (Silver) with Five on Brexit Island.

The authors, or their publisher representatives attending the event, receive framed trophies of bookstacks—a book industry equivalent of the music industry’s prized disks seen on the walls of record companies’ offices.

And with the launch of the Specsavers Bestseller Awards, “powered by Nielsen Book,” booksellers in the UK are being given another marketing tool to re-promote “evergreen” backlist bestsellers.

While UK consumers are accustomed to hearing that latest albums by songwriters and performers have “gone platinum,” indicating sales of 1 million copies, an equivalent achievement hasn’t usually been recognized and promoted in the book industry. Nielsen’s leadership says it looks to change that with these new awards, thanks to sponsorship from opticians Specsavers and a media partnership with The Sunday Times.

These revamped Specsaver Bestseller Awards replace the Nielsen Book Gold and Platinum Awards launched in 2001, and Wednesday evening’s reception was at the Royal Aeronautical Society in London’s Mayfair, a suitable location for releasing data on the industry’s highest flying authors.

The changes in the new program include an inclusion of ebook data for the first time, the creation of a new Silver Award for sales of more than 250,000 copies and the establishment of a new Bestseller Hall of Fame for those titles that have gone Platinum. There also are awards program posters, bookmarks, and stickers for bookshops and libraries. 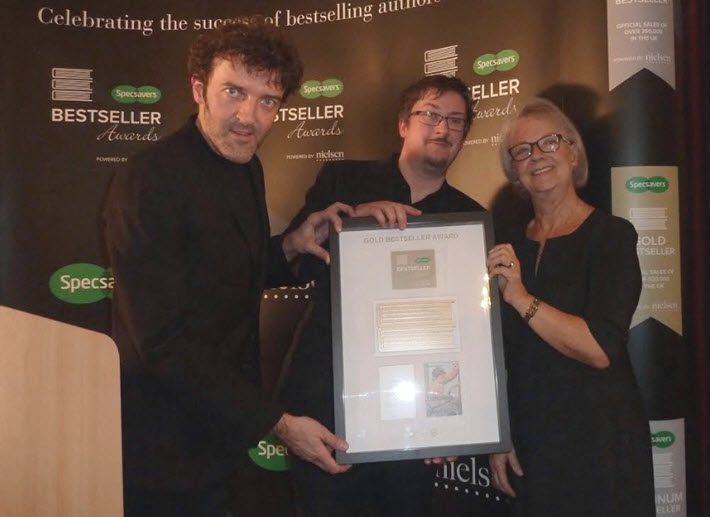 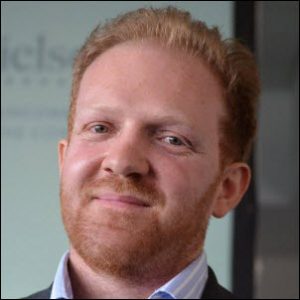 Speaking about the the decision to revamp the awards, Andre Breedt, co-managing director of Nielsen Book’s international arm, says, “The endorsement of a Silver, Gold, or Platinum Bestseller Award, marketed through online and offline channels and highlighted through stickers on the books themselves, will become a recognized endorsement for consumers that will provide additional confidence in making purchase decisions, leading to further sales among those book-buyers who need reassurance to trial new authors.

“The Awards provide a quantifiable standard for ‘Bestseller’ status for book blurbs and marketing, rather than subjective bestseller claims.”

Not surprisingly, the Hall of Fame up to 2015 includes Fifty Shade of Grey creator E.L. James, although she’s the only entrant to achieve “sextuple” platinum bestseller status for sales of more than 6 million copies of her original title.

Other prominent entrants include George Orwell’s Nineteen Eighty-Four, Judith Kerr’s The Tiger who Came to Tea and John Steinbeck’s Of Mice and Men. As a literary footnote, Wednesday’s launch fell on Robert Burns’ birthday, and it’s the poet’s ‘To a Mouse’ which provides the title for Of Mice and Men.

Thirty-four British authors are on the 2015 list, in addition to 23 Americans, three Irish writers, and one author each from Brazil, Canada, Spain, and Sweden. J.K. Rowling’s titles occupy approximately 10 percent of the list, which has 97 titles in all, by 64 authors and illustrators.

New qualifiers for bestseller “trophies” include Jason Hazeley and Joel Morris, whose Ladybird spoofs have dominated bestseller lists for more than a year now. This earns How it Works: The Husband Gold status, and five more titles Silver awards.

Anthony Doerr’s Pulitzer Prize-winning All the Light We Cannot See also earned a Silver award, as did Kate Atkinson’s A God in Ruins.

No one will be surprised to learn that Harry Potter and the Cursed Child achieved Platinum status last year. And four Platinums were earned by comic actor-turned-writer David Walliams for Awful Auntie, Billionaire Boy, Demon Dentist and Mr Stink—giving him distinct VIP status at HarperCollins Children’s Books in the UK.

Breedt says he believes the new awards will provide both another marketing tool for booksellers and an additional way publishers can promote their brands.

“The music industry has had its own very successful awards based on Nielsen data for over five decades,” he says, “and they’ve proved to be a positive marketing tool. The book industry’s Bestseller Awards are now being relaunched to reward outstanding sales through the UK book trade and to celebrate the biggest bestselling authors.”

He also says he rejects those critics who say that bestsellers don’t need further marketing. A look down the Hall of Fame reveals relatively forgotten books such as Arthur Golden’s Memoirs of a Geisha, which isn’t necessarily a title one might find in a bookshop, a good example of a book that could be re-promoted thanks to these new awards.

“Publishing fundamentally requires bestsellers,” Breedt says, “in order to support less-than-bestselling books. There are a lot of books that don’t sell a lot of copies, which are only being published because they’re effectively being subsidized [by the bestsellers], and I think that celebrating bestsellers helps the book industry raise its profile.”