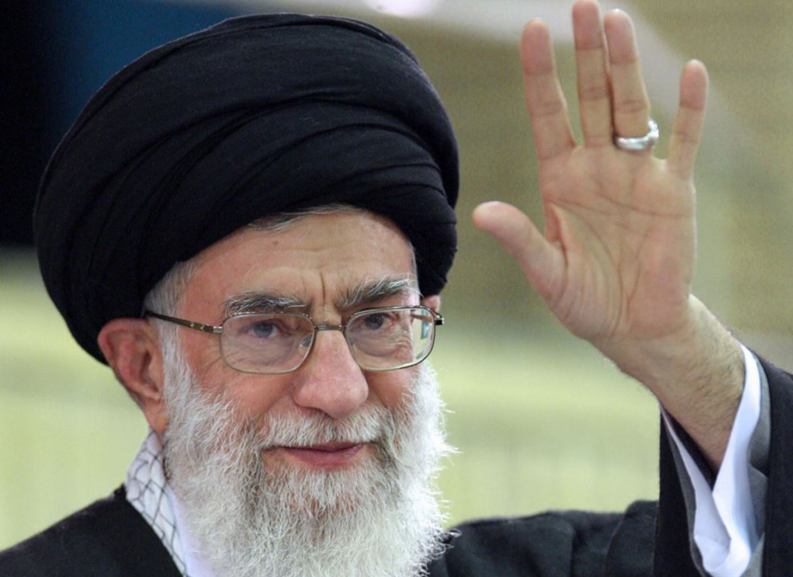 Iran’s supreme leader Ayatollah Ali Khamenei released a new publication on his website, the Line of Hezbollah, which he promotes through social media. Iran’s supreme leader Ayatollah Ali Khamenei released a new publication on his website, the Line of Hezbollah. The publication is important because for the first time in the 26 years of Khamenei’s leadership, his followers now have “analyses of the leader’s speeches and articles” instead of just a presentation of them. And, as The Guardian elaborates, the publication would “allow the revolutionary community to benefit directly from the ideas and declarations of the supreme leader on … current political, social, and economic events.”

The Line of Hezbollah is directed at Khamenei’s supporters, aka “Hezbollahis,” and the Basij militia, with the first issue discussing Khamenei’s “lack of comment” after the Vienna nuclear deal. The publication reads, “Some expected the leader to explicitly express his support or disapproval of the development, whereas in fact the legal and workable path of this deal has yet to be made clear… The agreement must be completely assessed and the kinks must be ‘hammered out’, so to speak, so as to preclude any possible abuses or cheating on behalf of the other parties … ” And the sixth issue holds a piece on Khamenei’s opinion on how Iranians need “to have more children.”

An Islamic Iran Participation front member said in an interview with the Tehran Bureau that, “it appears that he is using this new publication to elucidate his positions and give his supporters some peace of mind that his approach to diplomatic, domestic and cultural issues will not soften in the aftermath of this deal.”

The Line of Hezbollah is an avenue for supporters to see his views, unfiltered. As well as make it a great deal more difficult for any other publications to say they speak for the leader, when Khamenei himself now voices his opinions in his own print.

While a Basij member of Tehran’s Science and Technology University believes that Basij students will “break distribution records,”  and mosques are printing copies, in north Tehran, distribution is still low. This mixed reaction is mirrored in social media, where the Instagram has 10,600 followers yet only an average of 10-20 comments on each. Other than Instagram, the publication is on a variety of moderate and fundamentalist sites and newspapers.