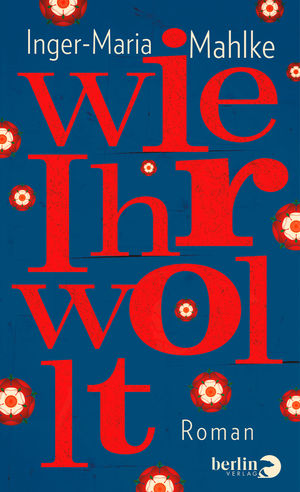 The winner of the German Book Prize, Germany’s most prestigious literature award, will be chosen from these six shortlisted novels just before the Frankfurt Book Fair.

The shortlist for the 2015 German Book Prize was announced recently, and six authors are in the running for the prize, worth a total of 37,500 euros. Notable authors to have won the German Book Prize in the past include Julia Franck, Arno Geiger, Ursula Krechel and Eugen Ruge. The German Book Prize aims to heighten awareness of authors writing in German and functions as a seal of quality for international editors.

This year, 167 titles were submitted by 101 publishers from Germany, Switzerland and Austria. The jury, consisting of seven journalists, booksellers and publishing professionals, chose 20 titles for the longlist in August of this year. Of those 20 titles, six were chosen for the shortlist earlier this month. On October 12, the winner will be announced and receive 25,000 euros. The remaining shortlisted authors will receive prizes of 2,500 euros each. How can you bear the passing of time when you are forced to do nothing? How can you cope with losing loved ones? Who passes on your legacy? Richard, a retired professor, has a chance encounter with asylum seekers in the middle of Berlin, and this gives him the idea of searching for answers to his questions where no one else would look: among those young refugees from Africa who have been stranded in Berlin and condemned to wait for years. And suddenly this world looks at him, the man living in Old Europe, and might well know better than he himself who he really is.
In her inimitable way, Jenny Erpenbeck has told a story of looking the other way and taking a look, of death and war, of perpetual waiting and of everything that is lying hidden beneath the surface. Lennard Salm is 50 years old and an internationally renowned artist. When his younger sister dies, he returns to Hamburg and to his family he always wanted to escape. He wants to get back to his own life as soon as possible. But what is that, one’s own life? His younger sister has lost her job, his father is becoming more and more helpless. Over the course of one long winter, Salm discovers that no one is ever truly alone and gets to know his family all over again.
Ralf Lappert tells the story of how important small things are and that family really does matter. Every detail is illuminated in this epic, yet meticulous family novel.

For more information on this title, please contact the Hanser Foreign Rights department. This furious and highly comic novel holds up a mirror: a woman fights for favour and attention. In an exploration of what it is to be special and the fleeting nature of power in social networks, Inger-Maria Mahlke brilliantly recounts an historical attempt at self-determination in the face of the rules of society. In doing so she also presents an impressive portrait of contemporary times.

August 1571: Elizabeth I is Queen of England and Mary Grey, her cousin, is enraged. She is twenty-six years old, small in stature, and has a claim to the throne. She has been under house arrest for a considerable time for marrying without permission. Her husband is now dead, like her sisters and her father, all executed. Mary Grey wants to be free, to have her own household, and to care for her stepchildren. Not one of these wishes is granted; rather than accepting this quietly, she rebels. She resolves to write her own version of events – calling to account the system of the royal court with all its caprices and curtailing of liberty, its wearisome rituals and economic constraints. She begins working through the past to find a new identity.

For more information on this title, please contact the Piper Foreign Rights Department. A metaphysical thriller on the 21st century and the ghosts of the past.

At universities in the US, in Frankfurt, in Moscow young people once discussed, fought for, and tried to live a more just world and a better future. But their hopes have gone up in smoke; history took a different path; progress is uncertain. We live in an apparently incomprehensible world: the former revolutionaries have become managers, caught up in dubious deals between Milan, South America, and China. Have they betrayed their ideals? What does it mean to lead a good life in this world? What would a better life be? Jochen Brockmann is a sales manager. But the bank is no longer offering loans, Indonesia isn’t investing, China has made a take-over bid. Then Sylvester Lee Fleming appears on the scene, as saviour, seducer, tempter. Has he been sent by the devil or is he merely a psycho?

Monique Schwitter: One in the Other

What is love? Why does it simply come and go? Where does love go when it goes? And what is happening to love right now? The protagonist in Monique Schwitter’s new novel is researching love: she writes down her own love history with 12 men, who have much more in common than just the names of the Apostles. Writing down her story, she gives these men nearly mythical proportions and tells about love, life and history. The longer she keeps on writing, the more her current love situation becomes the center of the story, and eventually starts taking over.

For more information on this title, please contact the Droschl Foreign Rights Department.

Frank Witzel: The Invention of the Red Army Faction by a Manic Depressive Teenager in the Summer of 1969 The RAF is the most traumatic and shocking period in the history of pots-war Germany. This eminent novel — comparable to David Foster Wallace’s work — brings to life, through the eyes of a 13-year-old, the foundation of a youth gang with his friends Bernd and Claudia. Without knowing what they are about to start, they call themselves Red Army Faction. Decades later the narrator’s girl¬friend brings him to an asylum because he is about to lose touch with the real world. Memories of post-war Germany, a hunch of German Autumn and meditations of the present carry the narrator far away from his environment. He must not only face his own absurdities but also gets interrogated by a police officer who can’t quite believe that Red Army Faction was nothing but an invention. Frank Witzel creates an almost forgotten world with this large-scale fantasy, which is not only a reconstruction of Western Germany but also an historical hall of mirrors inside the mind of an adolescent. Fast-paced, full of humour and meditations about philosophy and music, this book shows a part of Germany that has come to an end in 1990 — just like the GDR.