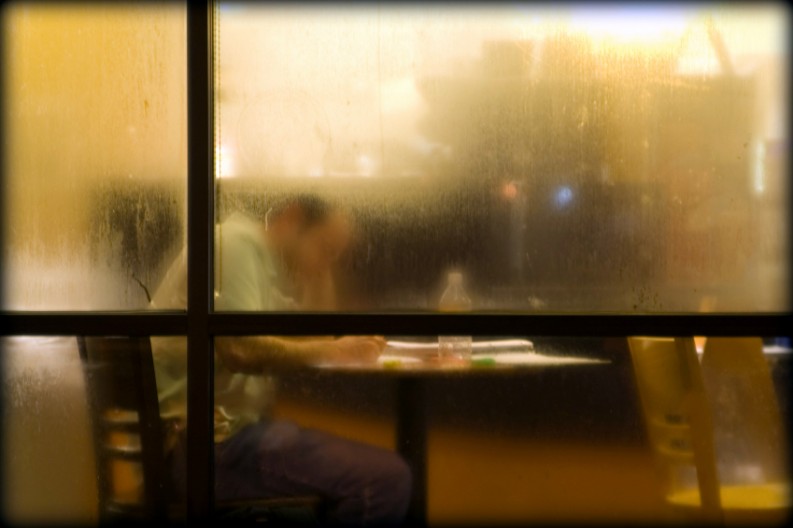 “I Refused to Make the Books Available Online”

On the one hand, the goal is to increase the number of people reading, especially literary fiction, and if this means getting your work on-line, or into a digital format, well then, that’s what writers should do! I myself am delighted that a few of my books are available electronically. Ahead of our Friday event at Grub Street’s The Muse and the Marketplace, our panelists’ thoughts include those of author Steve Almond.

The other shoe falls quickly as Almond talks about his own experience.

On the other hand, I happen to believe that there is something special about the book as a physical object. This is a function of having been born back in the late-middle of the last century, before the age of serious screen addiction. I’m a digital immigrant, basically. And I tend to believe (in general) that readers pay more careful attention when they read a book than read from a device…I also think books matter as physical objects. They send a message to the world about your belief in world of the sustained attention and imagination. For this reason, when I decided to self-publish, I worked with an artist friend of mine I loved and refused to make the books available online.

Mind you, Almond may not be recommending this course of action to other authors:

This was pretty stupid from a business perspective, but it’s been a wonderful human publishing experience.

What Almond is getting at is that in the swirl of digital pressures and possibilities, writers face more options — and the need to make more decisions for themselves. How their work may play, or not, in the digital space is part of that.

My overall sense is that authors have to do a self-inventory of why they write and what they want out of the arrangement — and then should decide how to deal with the brave new world of the digital infinite.

(There’s an entertaining earlier piece from David Duhr here at Publishing Perspectives on Almond. See Literary “Rock Star” Steve Almond Does D.I.Y. and Walks Away With Fistfuls of Cash.) “In general,” she says, “our must successful genres on Kobo.com are romance, thriller and science fiction. But our American Bookseller Association (ABA) sales,” which allows participation in online sales by independent bookstores, “very closely mirror indie bestseller lists.”

Munroe says she thinks it’s a matter of time before a success story in literary originates in the self-publishing space.

I feel it’s just a question of timing, and a great domino effect has happened and continues to happen in terms of digital sales, and self-publishing specifically – romance succeeded first, then thrillers, and so on, and literary is catching on now.

The ABA arrangement with Kobo, Munroe says, can mean that “Our Kobo Top 50 bestseller list is often made up of literary titles.” She offers recent examples including Donna Tartt’s The Goldfinch, Liane Moriarty’s The Husband’s Secret, Emma Donoghue’s Frog Music, and Julia Glass’ And the Dark Sacred Night. Those are, of course, traditionally published titles being sold in electronic editions by Kobo to bookstore customers, not books that originated in the digital space.

“Good Self-Publishing Is Anything But ‘Self'” In correspondence ahead of the Town Hall panel’s arrival in Boston, literary agent April Eberhardt makes the valid point that best practice in the self-publishing arena always reflects the need for professional assistance to handle elements of the publishing process the author may not be able or willing to do. “Your team,” as it’s called by some, becomes indispensable.

She and I agree that a better term for good self-publication is probably something like self-directed publishing, meaning that the author is the one overseeing and calling the shots rather than a publisher.

But Eberhardt says she expects to join the panel with her experience in supporting various elements and degrees of non-traditional publishing for her clients. In her notes to me, she says:

One exciting example is an author whose debut work of literary fiction will be published simultaneously by Harper Collins in Canada in June, and by She Writes Press (a partner press) in the U.S.. When we couldn’t land a traditional U.S. deal fast enough to bring the book out simultaneously in the U.S., the author and I discussed her choices, and she chose to go with a partner press for timing, but also for reasons of control and profitability. The upshot: the exact same book will be published concurrently in both markets, one traditionally and one independently. The author reaps the benefits of a traditional publisher’s name, prestige and reach. She also benefits from the greater speed-to-market and profitability to her of an indie-published U.S. book (the US market is about 10 times the size of the Canadian market, so profit matters.)

“It’s the Closure of Book Stores”

It is not the digital book container that is making it more difficult to find literary fiction, it’s the closure of book stores. Literary fiction relies on the hand-sell more than any other genre. The eBook doesn’t threaten literary fiction; online shopping does.

Kathy Meis, founder of Bublish and one of the organizers of April’s PubSmart Conference in Charleston, says the digital filtering of search and discovery online will play a role in future evocations of literary work, as well.

The future is customized context – the reader is the new gatekeeper. How they define what is valuable or literary will differ from individual to individual. Readers have a growing number of tools to customize what they consider literary fiction selections – these are books that meet their standards, interests and literary definitions, not a publisher’s or even an author’s.

And the financial model behind much of publishing’s support for literary work, she says – in which major popular blockbusters support harder-to-sell, less popular serious work – may not be dependable in the future.

To some degree, Meis says, author brand may be thought of as the touchstone for many readers searching for the work they want. Meis:

Just look at the difference between the sales of “Robert Galbraith” [Rowling’s pseudonym] and J.K. Rowling…Literary authors, both traditional and independently published, need to learn how to build brands that resonate with readers. This is not an easy or inexpensive task and the problem speaks further to the need to find a more sustainable economic model for literary fiction.

These and other lines of thought will play into the Grub Street Town Hall event on Friday. This site, Publishing Perspectives, is expected to have the live stream up as it starts at 1:30 p.m. ET.  The hashtag for The Muse and the Marketplace conference in Boston is #Muse14.