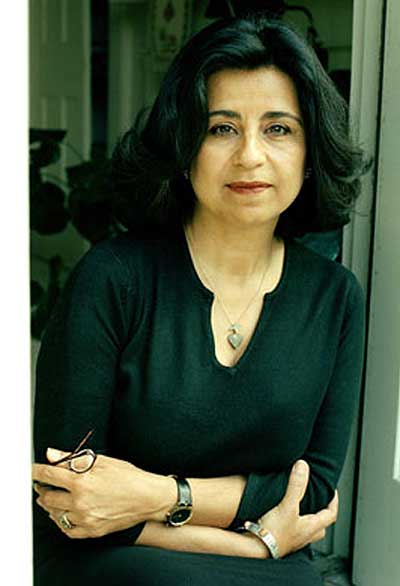 Egyptian writer Ahdaf Soueif, the author of two novels (including The Map of Love, shortlisted for the Booker in 1999), three short story collections, and a weekly column in the newspaper al-Shorouk, has been called one of the Arab world’s most talented writers.

Her most recent book, Cairo: Memoir of a City Transformed (Pantheon), is a riveting first-hand look at the Egyptian Revolution. Soueif recently sat down with Henry Krempels of The Daily Beast to talk about life in Cairo since the uprising as well as its impact on the city’s writers and bookstores.

What has this done to the literature coming out of the city?

“I think it’s too early to say what it’s done to fiction, I think the couple of fiction things that have come out have been very much on the surface. They’ve not ripened. But poetry, we’ve had a burst of poetry, quite a lot of it vernacular, that has been turned into song and that has been – actually not since the military takeover. Until the military takeover there was a real burst of poetry and since then, after the Rabaa Massacre on 14th August, there has been, I think, one poem which is called “Prayer of Fear” that has been amazing. Otherwise the real voices have been quiet. The air is filled with the most vulgar celebratory military type of songs.”

“There’s the old style bookshops with lots and lots of shelves but there are also, and have been for about 10 years now, bookshops with coffee shops inside and they do signings and events and so on. I don’t know if they are doing well or badly. The signings have dropped. I’ve actually got bookshops within a few steps of where I live and there was easily something there every night. Not it can be four or five weeks between things.”

Why do you think that is?

“I think the space for discussion is closing down. I think people are nervous. The people who own bookshops are nervous of their livelihood and nervous of being raided or being told they don’t control the safety regulations or whatever. So they’re playing it safe. There was a poetry book signing for one of the very, very very young poets who became well known during the revolution and that was very ell attended. Everything is subdued. The voice, the jingoisitic voice, bordering on fascist voice, is what is so very loud now.”

Can you recommend some of these new voices coming out of Cairo at the moment?

“Absolutely, but they are in Arabic. There are no poets writing in English. Poetry comes from such a deep place in the culture. There was a brilliant, little, tiny book called Manifesto that came out last year by a young man who nobody had ever heard of before and it was everywhere. I mean, it was quoted everywhere, it was put to music, it sold out of five editions in like two weeks. Again, it’s very Arabic.”

What about the literary heritage of Egypt, is that still relevant or is it just about new voices now?

“It’s relevant in that so much of the literary culture for the last 120 years has been about the resistance, even if it’s Mahfouz’s novel it is about what is happening, you know, how people’s lives are affect. For the last four or five years before the revolution we had a splurge of dystopian novels, some of which were almost surrealistic, but most of that energy has been going into articles, as mine has. It has been going into the immediate articles.

“Although recently, I have thought, as the scene becomes more and more murky and more and more layered, that while I’m trying to write my weekly column, I’ll sometimes find it really hard to pair stuff down to a simple idea and I started thinking that maybe the real way for me to engage with what’s happening now is actually to take that horrible plunge, that horrible risk, and try to engage with it in a more imaginative way and see if I can find a novel in there somewhere. It’s a really scary thought.”