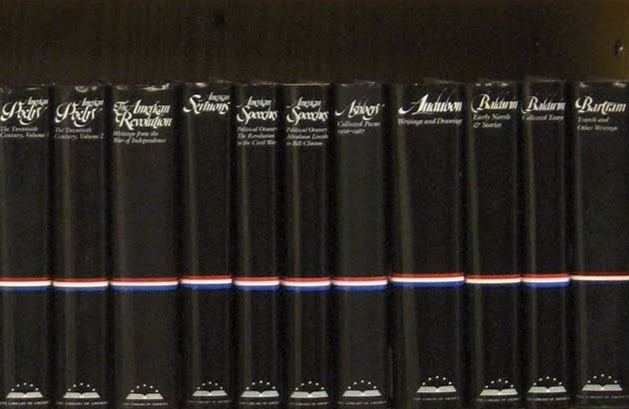 Looking over a list of a publisher’s best-selling titles is, generally speaking, an interesting experience. But looking over the best-selling titles for The Library of America (a nonprofit publisher dedicated to publishing, and keeping in print, authoritative editions of America’s best and most significant writing) is especially interesting — both for the sometimes surprising titles on the list, as well as it what the list may say about what’s going on in the country.

On the Library of America’s blog, Reader’s Almanac, they note that is probably no surprise that the debut volume of the LOA’s edition of Kurt Vonnegut’s collected fiction was the best-selling title of 2013. On the other hand, who would have thought that Ben Stiller’s movie remake of The Secret Life of Walter Mitty would triple sales of the LOA’s James Thurber edition. Or that the film version of On the Road would increase sales of the Kerouac volume that contains the novel by more than 30%? Or that an encore broadcast of the American Masters program James Baldwin: The Price of the Ticket would increase sales of the LOA’s collection of Baldwin’s essays by roughly 30% as well?

And how about the 50% increase in sales for Ulysses S Grant’s Memoirs & Selected Letters, fueled at least in part by the commemoration of the 150th anniversary of the Civil War? But as the LOA also points out, some of the best-sellers are rather inexplicable. Why, for example, were there 30% increases in the sales of John Muir’s Nature Writings and John Dos Passos’ U.S.A.?

So, here’s the complete list: following each entry are the year the volume was first published as well as its 2012 ranking.

*Titles with an asterisk were available this year as e-books, which the LOA says “contribute a relatively small – but rapidly growing – source of sales for LOA backlist titles.” For a complete list of LOA e-books currently available, click here.