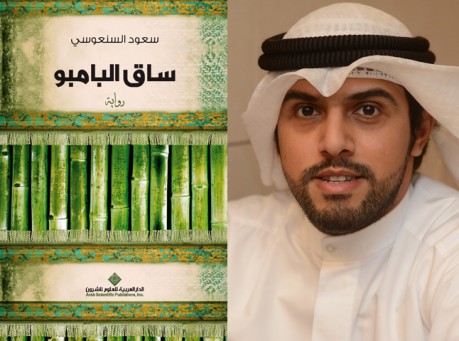 This year’s 2013 International Prize for Arabic Fiction (IPAF) went to 31-year-old Kuwaiti writer Saud Alsanousi for his novel, The Bamboo Stalk, which treats the sensitive issue of foreign workers in Arab countries and more particularly, in the Gulf region. It is the first time the prize goes to a Kuwaiti, and to such a young author.

The other five shortlisted authors were serendipitously all from different countries: Mohammed Hasan Alwan is from Saudi Arabia, Sinan Antoon from Iraq, Jana Fawaz Elhassan from Lebanon, Ibrahim Issa from Egypt, and Hussein al-Wad from Tunisia. The IPAF, which is supported by the Booker Prize Foundation in London, is in its 6th year of awards, although it is the first year for the new sponsor, the TCA Abu Dhabi, which took over from the Emirates Foundation last fall. Each of the six shortlisted finalists receives $10,000, and a further $50,000 goes to the winner. This year will also be the last for retiring chair of the board Jonathan Taylor, who has been with the prize since its inception. He will be replaced next year by Yasir Suleiman professor of modern Arabic language studies at Cambridge University.

Selected from a pool of 133 books that were submitted from across the greater Middle East, Alsanousi’s book tells the story of young man who returns to Kuwait from the Philippines to discover what his father’s country is like. His mother had once been a maid for a Kuwaiti household and had secretly married the family’s son, but once she became pregnant, he abandoned both wife and baby, and they returned to the Philippines. The title of the book refers to a bamboo stalk that is rootless, yet can be replanted anywhere. Alsanousi said he had wondered about the maids, the drivers and cooks in Kuwait, “we do not know the circumstances that make them leave their country and come to ours.”

Alsanousi traveled to the Philippines to research what could have been the life of his protagonist, José. Commenting that the novel was essentially speaking to Kuwaitis, Alsanousi said that José was a device to speak about this immigrant labor community, which is a universal story about “human pain and a search for identity.”

His Lebanese publisher, Bachar Chebaro, of Arab Scientific Publishers, who had two books on the shortlist, said that a prize such as the IPAF was of inestimable help in getting younger, unknown authors to booksellers and the wider public.

Of the literary scene in the Gulf, Alsanousi said, “there is not as big a reader base in this region compared to other regions of the world. I hope my novel will have an impact. If there are serious readers there will be serious authors, at least we are trying.”