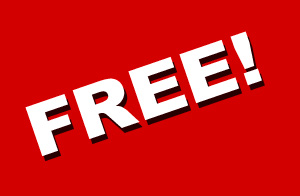 Yesterday, some 25,000 volunteers gave away half a million free books as part of World Book Night. The “specially printed books” were distributed at public locations throughout the United States. But here’s a modest proposal: why not give away ebooks as well.

If the promotion is indeed aimed at fostering reading, why not put just as much effort and energy into making readers aware that their smart phones are also capable as an e-reading device.

Certainly publishers wouldn’t want to give away an unlimited number of ebooks, so how about use the same force of volunteers to distribute cards printed with a one-time use code that would enable them to download a free copy of a specific title. Publishers could then limit the total number of downloads. This could be done in conjunction with giving away print titles or on its own. The logistics of sending out such cards — or even enabling volunteers to print them on their own printers — could potentially cut down on the overall expense and logistics of the promotion.

And if you want to set up World Ebook Night…let’s talk!