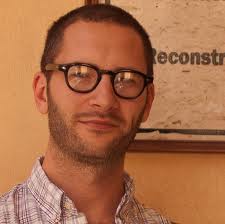 One of the announcements coming out of Frankfurt was the launch of Frisch & Co., a new e-book publishing program, which will publish contemporary foreign fiction in English language translations for e-book reading devices. For its initial titles, Frisch & Co is partnering with Berlin-based Suhrkamp Verlag — publisher of such classic German-language authors as Herman Hesse, Bertolt Brecht, Thomas Bernhard, Peter Handke, as well as more contemporary stars. The companies will work together to select and publish two new titles from Suhrkamp’s list each year.

The first two titles to be published are Anna Kim’s The Anatomy of Light (PDF download) and Uwe Tellkamp’s award-winning The Tower (PDF download).  Both titles will be released for the first time in English in late-Spring of 2013, and will be available through online e-book retailers as well as on Frisch & Co.’s website. “There are so many truly fascinating stories, and great writers, that English-only readers simply don’t have the opportunity to discover,” said E.J. Van Lanen, Publisher and former editor of Open Letter Books, who has since relocated to Berlin. “The goal of Frisch & Co’s publishing program is to share some of these stories, and we’re trying to reach readers where they increasingly are: on their tablets, phones, and e-book readers.”

Nora Mercurio, Rights Manager at Suhrkamp Verlag added, “I’m really thrilled about this project, since in my eyes it represents the perfect merger of the important values Suhrkamp stands for: tradition, high literary quality, the preference of stable partnership over one-time licensing, and an open-mindedness about the future, in this case digitalization.”

In addition to publishing its books through major online retailers, Frisch & Co. will sell its e-books in DRM-free EPUB format on its website. The company is also currently seeking partners in other countries.