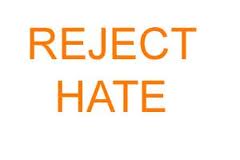 By Dennis Abrams and Alex Mutter The authors point to a ninth-grade textbook, published by the government’s Ministry of Education that states, “The Jews and the Christians are enemies of the believers, and they cannot approve of Muslims,” as well an eighth-grade textbook that says, “The Apes are the people of the Sabbath, the Jews; and the Swine are the infidels of the communion of Jesus, the Christians,” as just two examples among many.

“Children who are indoctrinated with such hatred are susceptible to engage in bigotry and even violence,” the authors observe.  “First you get to hate and then you kill. This makes peaceful coexistence difficult, if not possible,” and finally pointing out that, “despite repeated promises to reform Saudi textbooks, the most recent books remain full of bigotry and intolerance.”

After using lyrics from the Richard Rogers/Oscar Hammerstein song “You’ve Got To Be Carefully Taught” to note that prejudice and hatred are learned, not innate behaviors, the seven publishing leaders issued a call to Saudi Arabia to “immediately stop distributing and printing children’s textbooks that incite hatred of others.”

The authors report that although the Saudi government has promised to reform its textbooks, the newest editions still include hateful and bigoted material. The irony in this is that a constituency of top level Saudis from the ministry of Education and the government spent last week meeting with publishers in Frankfurt looking to encourage more engagement with the country. As of yet, no Saudi response has been noted.