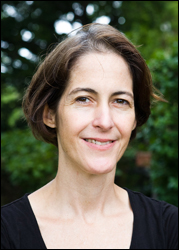 “We are all related, our lives and fates are interdependent.” Many of the books on Mason’s 2011 list were international in scope, and impact. There was The Enchanter by Lila Azam Zanganeh, for example, along with Odessa by Charles King and Siberian Education by Nicolai Lilin. The Storyteller of Marrakesh by Joydeep Roy-Bhattacharya was also on Mason’s list, as well as Oil on Water by Helon Habila. France and Italy. The Black Sea. Turin. North Africa. Nigeria. The world at large; the world in miniature.

At the same time, Mason continued serving as godmother (which is to say founder and president) of one of the most extraordinary internationalizing literary endeavors around — Words Without Borders. Launched in 2003 as an online magazine for international literature designed to “connect international writers to the general public,” WWB has emerged as nothing less than a force — bringing international authors into US classrooms, partnering with publishing houses to release numerous print anthologies, winning the fiscal support of the National Endowment for the Arts, and introducing authors from more than 114 countries writing in ninety languages.

Among the many volumes on Mason’s shelf is her own translation of Elio Vittorini’s Conversations in Sicily (a New Directions classic). There’s Hemingway in Mason’s background — a steamer trunk full of letters from the man himself to Mason’s adoptive grandmother — and so she’s reported on that for Vanity Fair. She’s written hugely moving personal essays, too — pieces like “The Reconciliation of Unbelief” about the loss of a best friend to AIDS and about the division, or not, between matter and spirit.

In mid-December, Mason finalized a deal with Luis V. Gutierrez — a book she calls “the great American story of a Puerto Rican kid from a working class neighborhood who became not just a congressman but the foremost Latino politician in the United States, even compared to Martin Luther King.” Books by Pam Houston, Nicolai Lilin, William Bryant Logan, RJ Magill, Don Lee, and new comer Sean Pidgeon are all set for 2012 release.

Clearly Mason is busy; many editors are. Few, however, have done more to “nourish,” to use her words, our “foreignness” than Mason, an Italian American whose grandparents stirred within her a greater appreciation for the wider world — for places she had not yet seen, for stories from another land.

“I have the strong emotional sense that the world is always bigger than I can perceive, and a basic fascination with that,” she said in a recent email interview. “I get bored by what I feel I’ve seen before, and am thrilled by the sense of discovering something new.”

Though many of Mason’s books have done extraordinarily well, the challenges of publishing unexpected literature remain.

“Among the readers we are selling to, there is a bit of an attraction-repulsion at work,” she says. “Some readers are more interested if they see a foreign name, others are consciously or subconsciously put off or intimidated.

“The biggest challenge,” Mason continues, “is with an author like Diana Abu-Jaber, writing a very mainstream, totally American story, set in Miami — yet some readers might see her name and think, ‘oh, I’m not in the mood for some foreign thing.’ How do you get them to realize it is NOT foreign, just because the author has an Arabic name?”

It remains true that American publishing houses tend to translate far fewer titles than European houses. Still, says Mason, America is becoming both more diverse and better educated. As the trend continues, the hint of the foreign should, she believes, become less challenging for readers.

It’s pretty simple in the end, says Mason. In fact, it is almost unbearably obvious. “We are all related,” she says. “Our lives and fates are interdependent.”

Beth Kephart is the author, most recently, of You Are My Only. Her 14th book, Small Damages, is due out from Philomel next July, and she is at work on a book about the Berlin Wall. Please visit her blog, beth-kephart.blogspot.com.