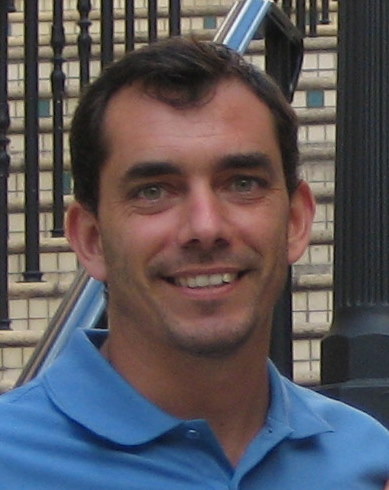 “Without effective marketing, our products will be out there in the cloud and nobody will know.” Born and raised in Argentina, Emiliano Abramzon originally came to the USA to study for an MBA at the University of North Carolina. He has worked with Panarea Digital, a content developer and interactive production house specializing in interactive products for children and adults since its foundation in 2003 and today serves as the company’s USA country manager and a partner in the firm. The firm’s portfolio includes e-books, iPhone and iPad applications, web applications, games and a wide range of back-end systems.

“We had experience with educational content and interactivity for kids long before the tablet entered the market,” says Abramzon. “Since 2005 we have been developing content for LeapFrog enterprises, a San Francisco based producer of interactive toys. We have also produced educational games for Nickelodeon, among others.”

Abramzon believes that the last few years have brought about a radical shift in the interactive products market:

“The iPad was the tipping point. When I attend conferences and seminars now, there is no comparison between four years ago and last year. The Kindle has been around since 2005-ish, but the possibilities of interactivity on the iPad opened people’s eyes to the next type of e-book distribution.”

Abramzon says that prior to the launch of the iPad, publishers were aware that both the market and the type of product it requires were changing, but they were not interested in interactive apps. Now, a revolution has begun:

“A year ago we were approached by B&N to produce kid’s books for Nook color — hundreds of titles. We take the physical book, translate it to digital and add interactivity. However it remains a book — it is not transformed into a game, although we may add some activities and animations.”

Not all clients so cautious, however:

“Some content owners want to create completely different experiences. Currently we are working with Santillana Group, the biggest Hispanic publisher in the world, and for them we are doing a complete digital redesign of their titles…The video and animation will not just be add-ons.”

Abramzon is confident that the tablet revolution is just starting, and predicts that the market will not be Apple’s uncontested domain for long. Meanwhile, nearly two years ago the directors of Panarea made the bold decision to direct 100% of the firm’s resources towards the interactive content market. “We made a huge investment in the idea that this was the future model for consumption of content.”

And yet, although the rapid advances in digital book technology are exciting and open up a vast new arena of possibilities, Abramzon notes a glaring omission in people’s thinking:

“At all the conferences I attend I see very few people talking about marketing in the new era…I don’t see seminars on promotion, only production. This is a paradigm shift for the industry. Fifty percent of success is online marketing. It’s not just about technology and producing new features for e-books and tablets. Without effective marketing, our products will be out there in the cloud and nobody will know. I would like to see people talking about how to promote, how to learn about our product’s usage, and how we can use digital to learn about the consumer in new ways and give them an even better experience next time.”