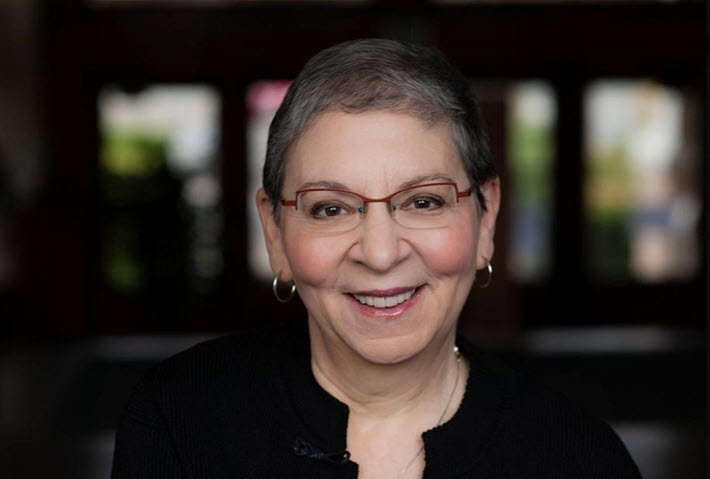 Praising ‘her infectious love of books,’ the National Book Foundation names Nancy Pearl the recipient of one of its two lifetime achievement awards.

In the run-up to the United States’ National Book Awards now set for November 17, the National Book Foundation has named librarian and author Nancy Pearl to receive its 2021 Literarian Award for Outstanding Service to the American Literary Community.

The Literarian Award is one of two annual lifetime achievement honors from the foundation, the other being the Distinguished Contribution to American Letters.

Pearl is among the best known librarians in the country, her nearly-40-year career having taken her to library systems in Detroit, Tulsa, and Seattle where she was executive director of the Washington (state) Center for the Book. Washington Post critic Ron Charles is to present the award to her at the in-person ceremony planned for the program in November.

In announcing the news of Pearl’s award on Wednesday (September 8), National Book Foundation board chair David Steinberger is quoted, saying, “Libraries are an empowering force in the United States, and are vital to our communities.

“The work that librarians do to ensure free and open access to our shared culture is unparalleled, and Nancy Pearl’s lifetime of service is a reinforcement that libraries are of the utmost importance for all.

“We’re honored to recognize her contributions, and we’re grateful for her passionate advocacy to connect readers with books.”

This is the 17th year for the Literarian Award, which is conferred “to an individual or organization for a lifetime of achievement in expanding the audience for books and reading.” In recent years, the award’s honorees have included: 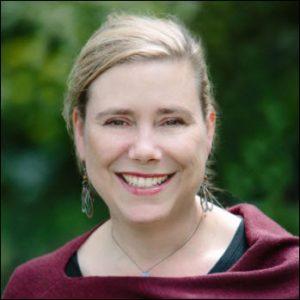 Nominations for the Literarian Award are made by former National Book Award winners, finalists, and judges, and other writers and literary professionals from around the country. Final selections are made by the National Book Foundation’s board of directors. Recipients of the award receive US$10,000 and a medal.

Ruth Dickey, the foundation’s executive director, is quoted, on celebrating Pearl’s “long career of important work keeping literature at the center of conversations,” saying, “Nancy Pearl’s energetic commitment to spreading the joy of books has truly helped build our national culture of reading.

“For decades, Nancy has worked closely with libraries, literacy organizations, and community groups, in the United States and abroad, to share her infectious love of books with individual readers and entire communities.” 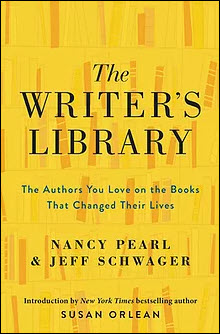 As an author, Pearl wrote the “Book Lust” series–four volumes of book recommendations–as well as a novel (George and Lizzie, Simon & Schuster/Touchstone, 2018) and with Jeff Schwager, The Writer’s Library: The Authors You Love on the Books That Changed Their Lives (HarperOne, 2020).

She regularly discusses books in the media–particularly in NPR commentary and on her Book Lust with Nancy Pearl television show on the Seattle Channel.

Pearl is the creator of the community reads program “If All Seattle Read the Same Book”–now known as “Seattle Reads”–and was the inspiration for the Archie McPhee Librarian Action Figure.

Her many awards and honors include being named the 50th recipient of the Woman’s National Book Association Award; the Librarian of the Year Award from Library Journal; and the Lifetime Achievement Award from the Pacific Northwest Booksellers Association.