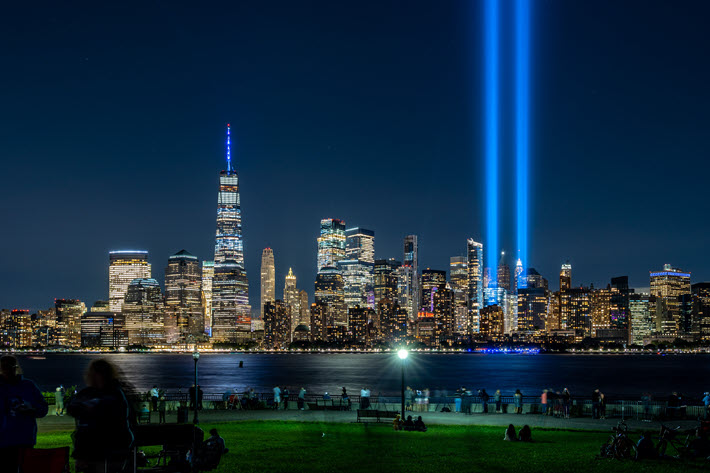 The 20th anniversary of the September 11 attacks in the United States prompts AUPresses to highlight its ‘Books for Understanding’ resource.

The ‘Tribute in Light’ created by the National September 11 Memorial & Museum in New York City is to begin its illumination on Saturday (September 11) at sundown. This image is from the 2020 illumination, as seen from New Jersey’s Liberty State Park. Image – Getty iStockphoto: Weaver

Something That ‘Seemed To Have Meaning’

A difficult milestone, the 20th anniversary of the terrorist attacks of September 11, 2001, means more than a revisitation of the atrocity itself. It means that many are coming to know that day anew, which speaks to the value of a resource put forward this week by the Association of University Presses (AUPresses).

One of the responses to the events of 9/11 less frequently discussed than others is stark confusion.

Today, the sheer mysteries of that panicked moment can be forgotten when we focus, with hindsight, on New York City. The elegiac lighted “benches” and water pools of the memorial to those lost at the Pentagon may be less familiar, but they’re no less holy than that better-known spot in lower Manhattan. And United Flight 93, of course, would be the last of the four crashes, at 10:03 a.m. in Somerset County, Pennsylvania, in a field of heroism.

If you aren’t familiar with it, the 9/11 Memorial site’s timeline is very helpful in reviewing what happened.

And so is the “Books for Understanding” compilation highlighted on Thursday (September 9) by the Association of University Presses (AUPresses). The association staff has written in a statement provided to Publishing Perspectives about how “we sought to understand what felt beyond comprehension” in those moments and their aftermath.

As it turns out, Penn State University Press had two backlisted titles on terrorism. Suddenly, the publisher was “inundated with inquiries” about the books. The director of the Penn State press, Sanford Thatcher, would suggest that the association put together a list of “Books for Understanding,” titles on the lists of other university presses that might contribute to the bid for coherence in a time of shock. Within six months, the listing comprised 671 titles from 65 nonprofit scholarly presses.

The effort was led in traumatized New York City by the AUPresses staff. Brenna McLaughlin would write in July 2002 about the project, “Not only was it just the kind of resource that the association had long been committed to providing, it was also something that we could do then that seemed to have meaning in that terrible week. The reminder that university-press publishing is, indeed, publishing in the public interest was a comfort to the central office staff, and the same emotion was expressed by many press staff members as they submitted titles over the coming months.”

And you’re invited now by AUPresses to look at the Books for Understanding repository of hundreds of relevant titles.

The project would live on for more than a decade, as a matter of fact, broadening its collection to include work relevant to other inflection points in history and policy and scholarship. There are lists of titles on guns in America, reproductive rights, space flight, climate change, and more.

New Books on the Issues From University Presses 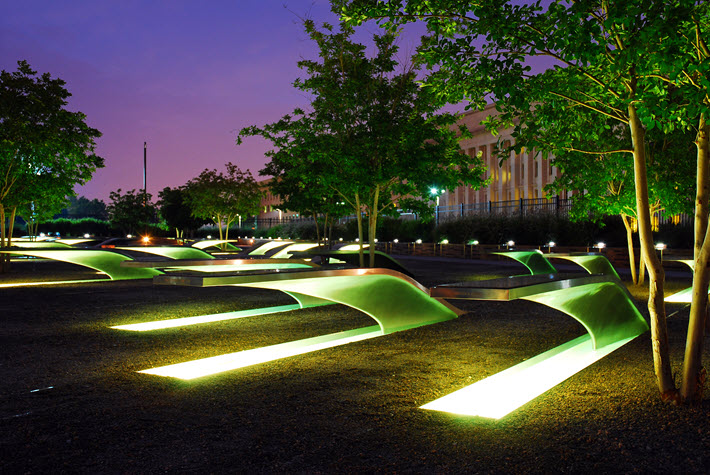 This week, the AUPresses team has provided the news media with several new references from university presses, as well reminders of the Books for Understanding curation: 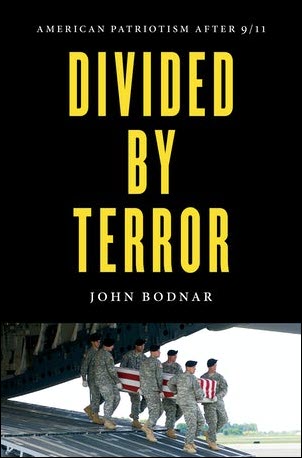 As you can see from those titles, 20 years have surfaced new concerns around old debates, and beyond the Books for Understanding lists, the dynamic of facing confusion with critical thinking mercifully goes on.

Bodnar, in his book, points to a “war-based” patriotism that “swept across America after 9/11.” Weeks and months after September 11 in 2001, observers from outside the country would comment on how Americans were displaying US flags at their homes, in car windows, even at their desks at work. And yet in this same week, in 2021, the US president has had to leverage new pressures, new vaccination mandates, to engage many of the same people to join in common cause against a lethal virus. All terrors, it turns out, do not unite us.

In their book, editors Sen and Collins, “call on us to resist the tyranny of collateral language,” their publishers at the University of Georgia Press write, “at a time when the need for such interventions in the public sphere is more urgent than ever.” 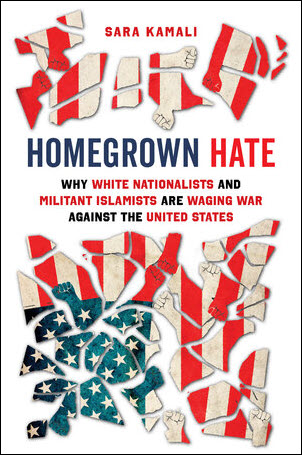 Kamali in her introduction, “Empathizing With the Enemy: The Threat Within,” recalls the bewilderment with which many watched the 2017 white supremacist rally in Charlottesville, Virginia, young men who might be golfers or softball coaches chanting in hate-fueled rage. “Irrespective of their organizational affiliation and religious self-identification,” Kamali writes, “what the ‘United the Right’ demonstrators had in common was adherence to white nationalism, which is the desire for the United States to be exclusively white, or a white ethnostate.”

And “militant Islamists,” Kamali writes, “share with their white nationalist counterparts a strong element of misogyny, or the enforcement of hostility toward women who violate patriarchal norms and expectations.” But, she goes on to write, “it is just as important to acknowledge the tension between misogyny and the role women themselves play in reinforcing misogyny, or at the very least sexism, within this context. Specifically, women normalize and mobilize the particularly violent strands of these ideologies through social networking and recruitment.” 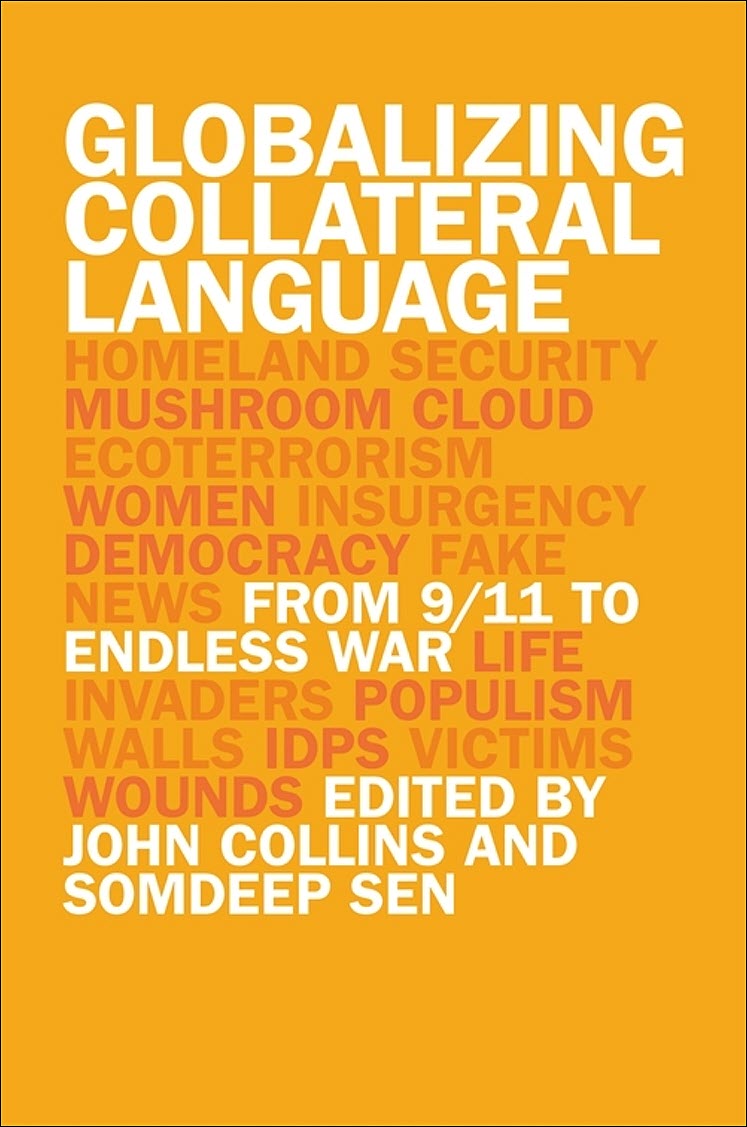 What these and other writings of the post-9/11 era show us, among their various focal approaches, is that our assumptions, our perceptions of ourselves and of others can be unreliable and unprepared. The face of a cohort, captured in the flickering light of a tiki torch rally, looks alien, flushed with a rage we don’t recognize, a threat we haven’t understood.

Bodnar, in Divided by Terror, works to distinguish “a war-based” patriotism from “empathic patriotism,” which he writes is “ultimately a contest between sustaining grand patriotic myths and acknowledging the shocking realities of violent conflicts.”

More confusion, in other words, has prompted so much of what’s contained in AUPresses’ Books for Understanding lists. Look how much has been identified, collated, and collected as helpful in our efforts simply to understand, to figure out, to get clear on so many dynamics since 9/11. And we’re still searching. 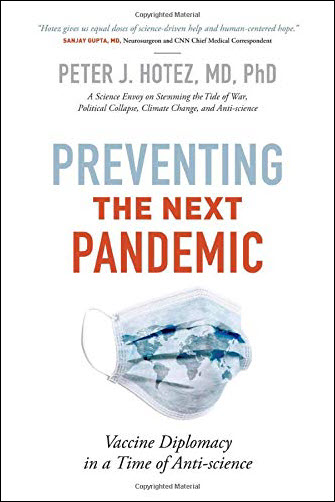 In March, we looked at the release of Preventing the Next Pandemic: Vaccine Diplomacy in a Time of Anti-Science by Peter J. Hotez, MD, PhD, from Johns Hopkins University Press. Hotez has become an expert in how political dynamics have revved anti-scientific rhetoric and agitation to a fierce level of intensity in the face of the coronavirus COVID-19 pandemic. He calls it “an era when political allegiances are defining science.” And what could be more confusing than that?–fact interrogated by prejudice; research rejected by bigotry; life-saving medicine dismissed as government overreach.

In this dark anniversary, the promise of publishing finds a lot of needed light in the work of university presses, which often are less encumbered by market economics than the commercial trade may be. The Association of University Presses this week is messaging the news media about its mission of lifting up “scholarly research that deserves to be added to the world’s library of knowledge, regardless of its potential as a bestseller.”

As we end this week, the COVID-19 variant B.1.617.2 “delta” has reminded us, in yet another field, that questions still stalk even the most furiously studied threats we encounter. Somehow, a part of the political spectrum still has trouble understanding that the imperative of universal vaccination is the way to forestall future variants, possibly more ferocious than this one. We are terrorized again, and again.

The points that AUPresses makes to us about the world book business and the place of scholarly writings within it are apt. Confusion is not done with us. 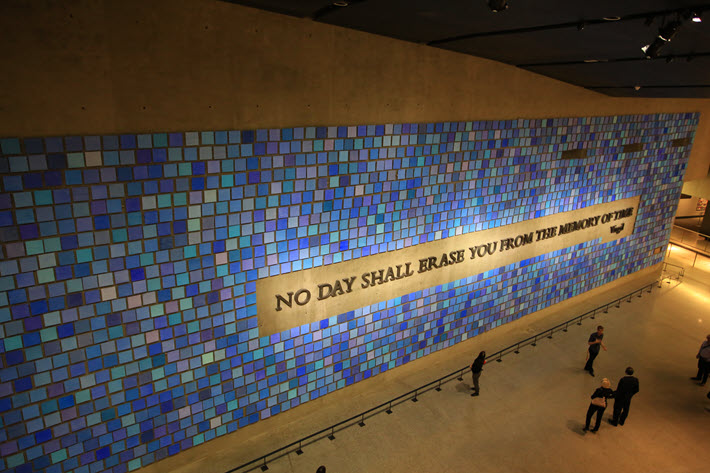 At New York City’s National September 11 Memorial Museum, the line from Book 9 of Virgil’s ‘Aeneid’ reads ‘No Day Shall Erase You From the Memory of Time.’ The inscription has been questioned by some scholars in light of its original use by Virgil. Image – Getty iStockphoto: Lewis Tse Pui Lung