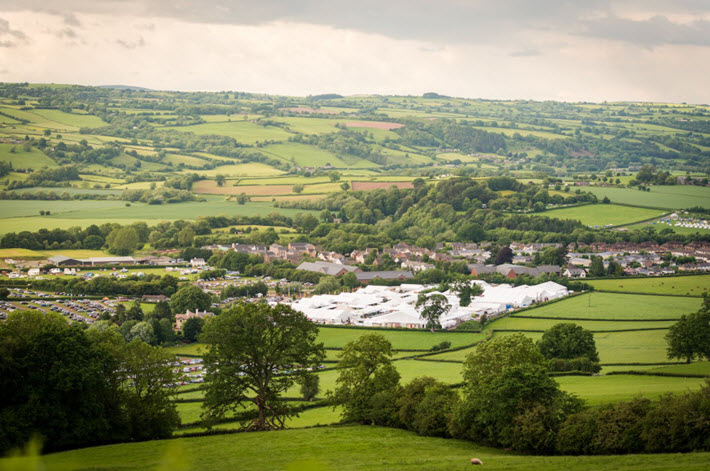 With both internal staffing issues and the external pressure of the pandemic, the Hay Festival plans a second online iteration of its main program for May and June.

As we were writing Tuesday (February 16), the world book fair and trade show calendar is fluid at the moment, with many nations’ and pharmaceutical companies’ coronavirus COVID-19 vaccination programs moving (or not) at varying levels of speed and effectiveness.

Many festivals look headed for digital renditions like those fairs and trade shows, the UK’s Hay Festival among them. It has announced dates of May 26 to June 6 with actual programming details not expected until the end of April.

And the Hay in its 34th springtime iteration is an interesting event to monitor, as it had a 2020 with surprises at both ends of the spectrum—good and bad.

The good surprise arrived in the form of a huge audience for its digitally delivered events last year, serving out some 490,000 streams to users in 69 countries. Crowdfunding was strong for the event, which produced more than 100 sessions, per the company’s reports.

Allegations of a UAE Assault, and Bullying

The less than good surprises, by the autumn, had eclipsed the normally upbeat tone and swagger of this highly internationalized festival.

First, its founding director, Peter Florence, was suspended in October, following a “grievance procedure” initiated by a staffer. While the Hay management has been carefully circumspect in comments about the situation, it’s understood that the complaint involves an accusation of bullying of some kind. In answer to Publishing Perspectives’ query, the company says this week that there has been no change in Florence’s status, nor is there any further comment to be made.

Separately, there were harrowing allegations of a sexual assault lodged by the curator of the first Hay Festival Abu Dhabi, Caitlin McNamara. Her allegations were of a sexual assaut by a member of the royal family, the Sheikh Mabarak al-Nahyan, minister of tolerance. Those issues also have lain quiet in the press since the story surfaced last fall and was referenced in our earlier story.

It’s worth noting that the Hay’s page on which its international festivals are listed no longer includes an event in the United Arab Emirates. As was reported in October by Megan Specia at The New York Times and in other media, the Hay Festival had announced that it would not hold the Abu Dhabi event again as long as Sheikh al-Nahyan remained the UAE’s minister of tolerance. Al-Nahyan is indeed listed in that position in government information. His position was announced in 2017.

As of November, McNamara told The Guardian’s Alison Flood that she would continue to pursue her case.

Hints of the Programming to Come 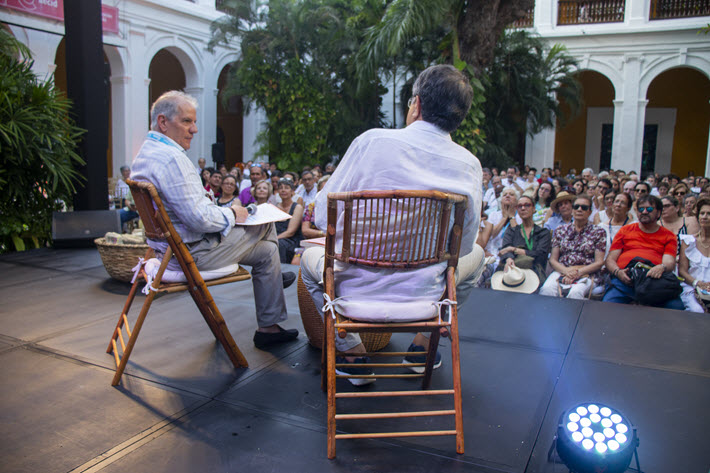 The flagship program, then, normally held in Hay-on-Wye in Wales, is announcing its intention to move forward digitally under an uncharacteristic cloud of disturbing and unresolved personnel concerns, making that sunny logo’s sky bluer than the program’s outlook may seem.

In fact, the difficulties of the situation may be behind the unusual step of having the company’s statement—normally from an executive—made in this case by the publicity director, Christopher Bone, who speaks of the program’s determination to “meet this need for conversation and connection safely and responsibly.”

While little specific programming is being announced in the festival’s first media messaging, the goal is described as a slate of “more than 200 acclaimed writers, global policy makers, historians, poets, pioneers, and innovators” speaking, as usual, to issues and trends.

Anniversaries affecting some of the planning are reported to include:

Sponsors of the festival this year are Visit Wales tourism program and the investment trust manager Baillie Gifford.

The January programming in Colombia—one of the program’s annual international festivals—reportedly drew at least 160 speakers and performers to participate in live online events.

And “Hay Festival Wales”—which in digital reality will not have to be at all connected to Wales—is expected to present its offerings free of charge with donations recommended.

Dates of other Hay events set at this writing are: