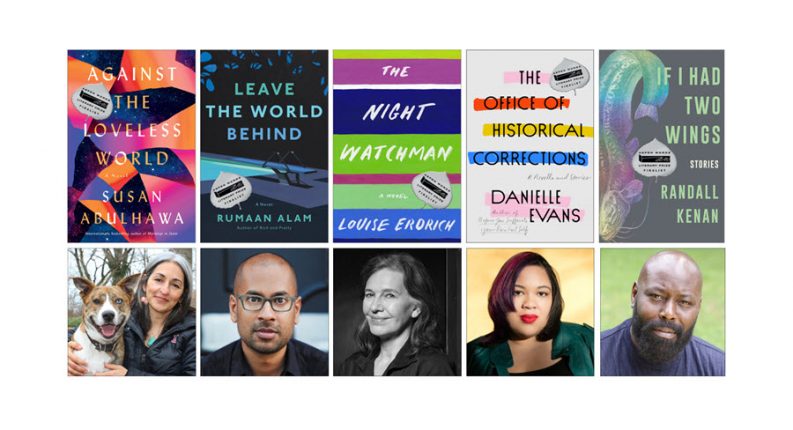 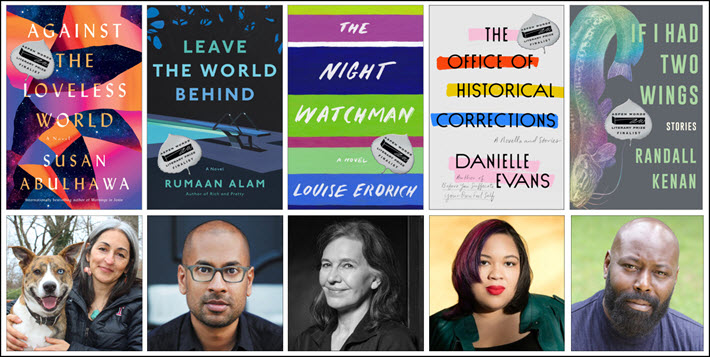 Brodeur: ‘The Way We See the World’

As our international Publishing Perspectives readership knows, the Aspen Words Literary Award, directed by author Adrienne Brodeur, is distinctive in among book and publishing awards because of its annual search for “an influential work of fiction that illuminates a vital contemporary issue and demonstrates the transformative power of literature on thought and culture.”

More specifically, this is a program that looks for work in such high-value contemporary contexts as “violence, inequality, gender, the environment, immigration, religion, racism or other social issues.”

Today’s (February 17) announcement spotlights three novels and two short-story collections in the service of the award’s focus. And as the Aspen Words program points out, the issues represented in the shortlisted group is quite broad, ranging “from the dissolution of Indigenous lands to the Palestinian-Israeli conflict, the intersectionality of being Black and queer, and racism in America.”

And there’s a touch of sadness here, in that Randall Kenan, author of one of the two collections, If I Had Two Wings, was found dead at age 57 on August 28 in his home in Hillsborough, North Carolina. In his obituary in The New York Times, Richard Sandomir wrote that no cause of death was known, though Kenan apparently had had a small stroke and heart trouble.

If I Had Two Wings was also longlisted for the National Book Awards and was one of his two short story collections published 28 years apart, as Sandomir reminds us.

As part of her commentary on his collection, juror Emily Bernard writes, “We were greatly saddened by Randall Kenan’s premature passing, and this final published work stands as a fitting and enduring legacy.”

In a statement for today’s shortlist announcement, Aspen Words executive director Adrienne Brodeur is quoted, saying, “The five finalists were selected from an extremely strong longlist of 15 titles.

“These books demonstrate the power of fiction to transform the way we see the world around us.

“They deal with serious topics, but among these novels and story collections are also stunning love stories and characters who will make you laugh out loud.”

You can review the full longlist to which Brodeur refers in our coverage here.

The US$35,000 winner will be announced in a digital awards presentation on April 21, a program featuring a conversation with the finalists and All Things Considered co-host Mary Louise Kelly at NPR, the prize program’s media partner.

The jurors have provided a comment of rationale for each of the finalists as follows:

For Against the Loveless World by Susan Abulhawa, Nguyhen writes, “This utterly compelling novel of love, passion and politics is also a story of personal and revolutionary awakening. Susan Abulhawa weaves a thrilling account of Nahr and her life—from young girl to independent woman—into the larger tapestry of Palestinian dispossession and resistance. Formed through the calamitous experiences of invasion, war, occupation and sexual exploitation, Nahr becomes a political prisoner who is yet free in her own mind. An agent of history and a full-fledged subject of her own existence, Nahr stands at the center of Abulhawa’s ambitious epic.”

For Leave the World Behind by Rumann Alam, the jury writes that the book “is a truly rare piece of work—-a completely original, utterly mysterious, gripping page turner. From cover to cover, Rumaan Alam manages to conjure almost unbearable tension on multiple levels, from the intimate to the existential, and do it with power, humor and profound insight into human behavior. The story is precisely of the moment in how it tackles race, class and the fragility of our planet, yet is absolutely timeless. And terrifying. Good luck putting it down.”

For The Night Watchman by Louise Erdrich, Urrea writes, “The Night Watchman is a magisterial summation of [Erdrich’s] influential work while at the same time setting a new foundation for the future. A historical novel that’s also a story of love, a familial chronicle, a book about Indigenous community and anti-tribal animus, it opens worlds incessantly. It can move from comedic visions of eccentric boxers to terrifying stories of the disappearances of Native women, hints of ghost stories and a prophetic explosion of violence inside the nation’s capital city. It is a wise and transformative masterwork.

For The Office of Historical Corrections by Danielle Evans, Manyika writes, “The weight of history—especially that which has been hidden, ignored or whitewashed—lies at the core of this brilliant collection of stories. From the slow unraveling of a wedding weekend, to what emerges in the social media aftermath of a college student’s wearing of a Confederate flag bikini, to the titular story built around the ingenious concept of a government agency for correcting historical inaccuracies—these six short stories and a novella dig deep around race, class, gender and family history. The collection unsettles, provokes and stays with a reader the way all great stories do.

And for If I Had Two Wings by Randall Kenan, Bernard writes, “In If I Had Two Wings, Randall Kenan creates a sensual world that is delicate and durable enough to contain and honor the mysteries of the lives of its vast range of characters, living and dead. These 10 linked, deeply atmospheric stories take readers on a journey through the mundane and the miraculous, in which the boundary between the sacred and profane is never certain. Largely set in fictional Tims Creek, North Carolina, these stories attend lovingly to the rich complexity of Black and queer identity in the author’s signature shining, subtle prose.”