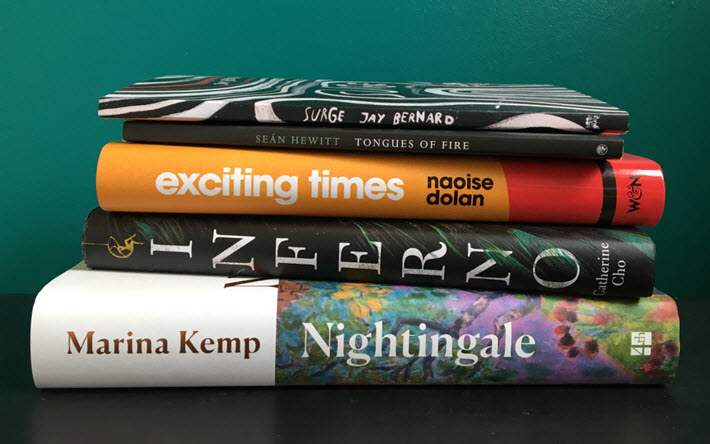 The quintet of books named to the Young Writer of the Year award’s shortlist this year includes memoir, novels, and poetry collections.

Five Titles Instead of Four This Year

The Sunday Times / University of Warwick Young Writer of the Year has named five authors to its 2020 shortlist, another of so many such announcements made within days of each other in the United Kingdom.

Apparently only the winner also gets a membership at the London Library for a year, something that was offered to all the shortlisted writers last year. The British Council is to support the full shortlist in overseas promotion, however, which may become more valuable should travel become feasible soon.

This year’s five-title shortlist is one book larger than the program’s usual four.

Young Writer of the Year 2020 Shortlist

In a prepared statement, juror Barekat says, “Shortlists don’t have to be eclectic, but it’s nice when they are.

“There’s something here for everyone. Naoise Dolan’s Exciting Times has a very contemporary fizz. The careful pacing of Marina Kemp’s Nightingale will appeal to readers of more conventional novels. The collage aesthetic of Jay Bernard’s Surge complements the more traditional lyricism of Seán Hewitt’s Tongues of Fire. While Catherine Cho’s illness memoir Inferno is a powerful work of nonfiction.”

The winner of this year’s honor is to be named on December 10.