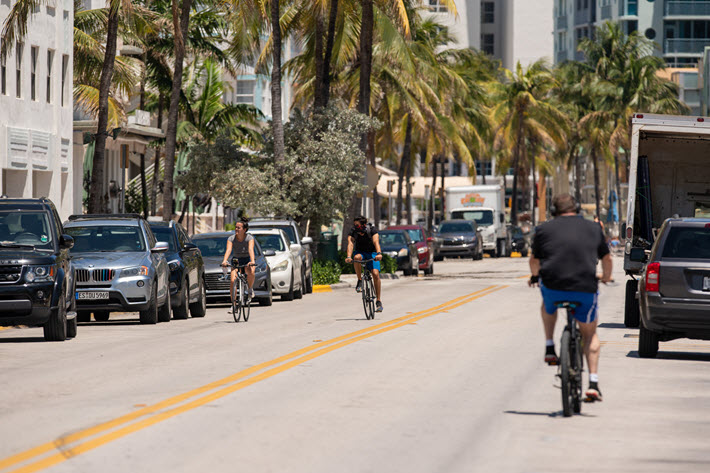 Headquartered in Miami, Penguin Random House Español dedicates more than 20 employees to PRH’s delivery of Spanish-language content for a Hispanic and Latino consumer base in the States.

Penguin Random House Español is based in Miami. Here, cyclists are on Ocean Drive, some in masks. Image – iStockphoto: Felix Mizioznikov

McIntosh: ‘Exactly the Pieces We Need’

McIntosh says that Silvia Matute, who is based in Miami, will lead the publishing activities as president of the new division.

The Vintage Español team will work closely with their colleagues in Miami from their base in New York City. Cristóbal Pera, a familiar figure to Publishing Perspectives readers, is publishing director of Vintage Español, and will advise the Penguin Random House Español team in the transitional phase until February.

“We are very proud of our position as category leader in the US Spanish-language publishing market,” McIntosh says in her memo, “and we know the opportunity to connect our books with an even wider audience is an important one.

“With the publishing knowledge in Miami, the operational infrastructure of PRH US, and the editorial expertise coming from both groups, we have exactly the pieces we need to expand our publishing list and further grow our business.

“This new venture will build on and expand the existing sales and distribution partnership between our Miami and New York offices, ensuring maximum reach for all Penguin Random House Spanish publications in the United States. In addition, Silvia and her team will continue to work closely with the Penguin Random House English-language publishers to procure rights and coordinate publications of Spanish editions.”

The arrangement McIntosh is describing today, she says, puts together a staff and leadership of more than 20 people for Penguin Random House Español, “poised to reach more readers from the Hispanic community and beyond.”

The US-based Spanish-language market, of course, is a big one. An estimate from the American census bureau in 2018 cited close to 60 million Hispanic and Latino Americans in the States, coming to as much as 18 percent of the population, a great part of it Spanish-speaking. This is of course one reason that both the successful Biden-Harris presidential election team and the Donald Trump re-election campaign were so engaged in strategies and approaches to various parts of the Spanish-language electorate and its dynamic presence in the American culture.

“This new venture will build on and expand the existing sales and distribution partnership between our Miami and New York offices, ensuring maximum reach for all Penguin Random House Spanish publications in the United States.”Madeline McIntosh, Penguin Random House USA

Answering the interests and needs of this sector of the readership hasn’t come quickly or easily to many publishers in the States, but Penguin Random House Grupo Editorial in Miami stands, as McIntosh says today, as “the leader in Spanish-language publishing in the United States.

“It has been publishing Spanish-language titles for the US market since 2014, focusing on commercial nonfiction, religion, and children’s books. The group also distributes a curated list of titles in the US market from other PRH Grupo Editorial publishing houses in Latin America and Spain.”

It’s also interesting, of course, that the division is based in Miami, a leading matrix of the broad multiplicity of Hispanic and Latino cultures in the States. As we watch major publishing players in the United Kingdom’s market develop installations outside of London—HarperNorth’s arrival in Manchester during the coronavirus COVID-19 pandemic is one—many in world publishing are aware of a gradually deepening sensitivity to geographical positioning and decentralization as pertinent to the wider discussion of diversity, inclusivity, and multiculturalism mandated in so many book markets of the world.

For its part, McIntosh writes, Vintage Español “focuses on original and translated works of fiction and narrative nonfiction for the Latinx audience in the United States.”

McIntosh concludes by saying that she hopes to see the moves announced today results in the company “bringing the very best books to an even larger audience of readers in the United States.” 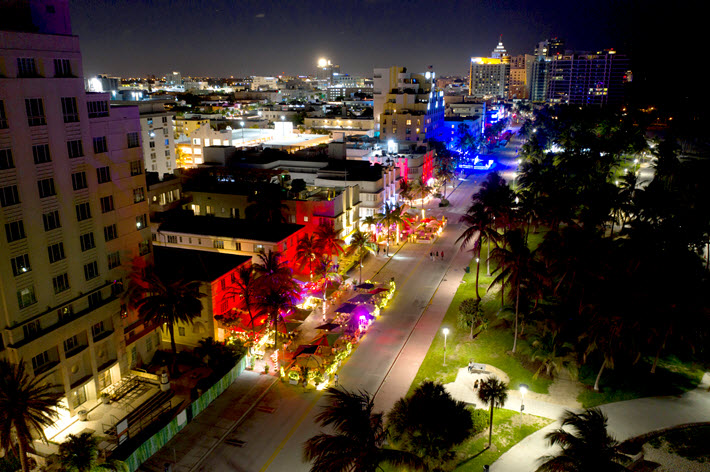 More from Publishing Perspectives on Penguin Random House is here, more from us on Spanish-language publishing and literature is here, and more on the US market is here. More from us on the coronavirus COVID-19 pandemic and its impact on international book publishing is here.