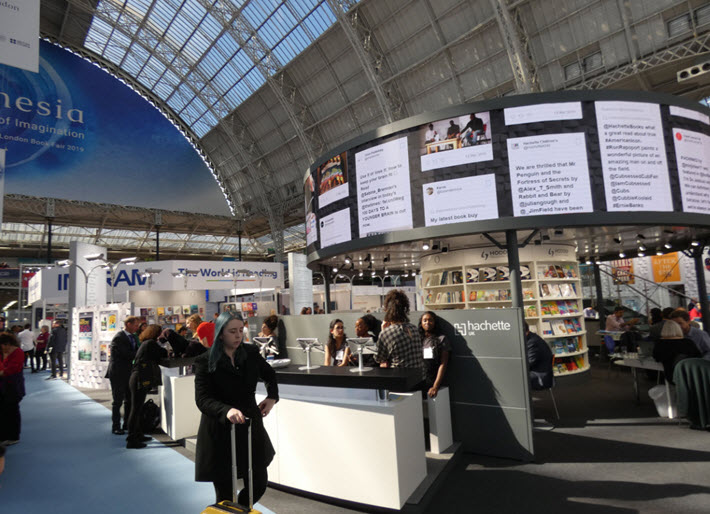 The worldwide system of Penguin Random House, world’s largest book publisher, has pulled out of London Book Fair amid the mounting COVID-19 outbreak.

For the ‘Well-Being of Our Employees, Authors, Partners’

At this hour (11 a.m. ET / 4 p.m. GMT March 3), Penguin Random House has announced in a statement sent to Publishing Perspectives that it is cancelling its participation in London Book Fair, originally scheduled to open a week from today.

The largest book publisher in the world, with some 15,000 new titles produced annually, has been closely watched as tensions around COVID-19 rose with industry frustrations that Reed Exhibitions, which produces London Book Fair, has not yet canceled.

Initially, PRH’s position was that it was fully supportive of any employees who didn’t wish to participate in the highly influential annual trade show, but the company had stopped short of issuing a full stand-down. Now that has changed.

A statement from the communications leads at the offices of Markus Dohle, worldwide CEO, reads: “The London Book Fair is an important moment in the global publishing calendar, but given the fast moving situation around the coronavirus, Penguin Random House has come to the difficult decision to withdraw from the fair in the interest of the health and well-being of our employees, authors, and partners.”

Our many international Publishing Perspectives readers know, of course, that the international divisions of Penguin Random House report to Dohle, and so it can be expected that the entire global system now is standing down.

And this follows the move led by another Big Five publisher, reported in our earlier story, as Paris-based Hachette Livre canceled, making the point that its exit included Hachette UK—London Book Fair’s home-turf division.

Less than an hour earlier, The Bookseller’s Mark Chandler reported that Pan Macmillan, another of England’s Big Four, had canceled its participation at London Book Fair—hours after French major Hachette Livre and its Hachette UK division pulled out.

Pan Mac’s Anthony Forbes Watson’s statement reads, in part, “With the ongoing spread of the coronavirus and in particular the international nature of the developing picture, we have reflected together on the best course of action for our teams and have decided not to send anyone to the London Book Fair next week. The duty of care that we have to everyone who works for us and the news that so many of our customers and partners will no longer be attending the book fair have combined to lead us to this conclusion.”

Forbes Watson says the publisher anticipates rescheduling meetings from the trade show “through a virtual setup from our offices in Farringdon, to reduce risk to individuals.”

This, after The Bookseller’s Benedicte Page reported, “Curtis Brown, C&W, Fane, Tavistock Wood, CBC, and Ed Victor Ltd will all be absent from this year’s London Book Fair, after parent company Original Talent made the decision today (March 3) to withdraw.”

We continue to update as warranted in this highly fluid situation. Just below you’ll find a link to all of our coronavirus content.