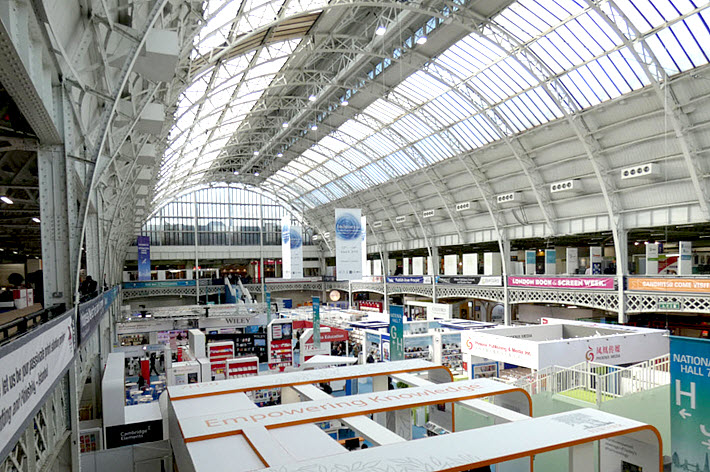 Reed Exhibitions “has today (March 4) announced that London Book Fair 2020, scheduled to take place at Olympia, London, from March 10 to 12, will be canceled following the escalation of COVID-19 coronavirus in Europe.” The news was released at 4:56 a.m. ET (9:56 GMT) by the company through Midas PR in the British capital.

“The effects, actual and projected, of coronavirus are becoming evident across all aspects of our lives here in the UK and across the world, with many of our participants facing travel restrictions.

“We have been following UK government guidelines and working with the rolling advice from the public health authorities and other organizations, and so it is with reluctance that we have taken the decision not to go ahead with this year’s event.

“We recognize that business has to continue. With this in mind, we will of course support and collaborate with exhibitors and visitors to keep our world moving during this difficult period.

“We thank all those from the UK and a multitude of other countries who have prepared over the last year to deliver what promised to be a wonderful book fair showcasing, as ever, the exciting best of the global book industry. The London Book Fair will return, better than ever, in 2021.”

The viability of this year’s iteration of the show this week came under fast-deepening question as international health authorities and the British government worked to find best responses to the fast-spreading virus outbreak. Update, 11 a.m. ET (16:00 GMT): BBC News reports, in fact, that the number of COVID-19 cases today has jumped by 34 to a total 85. Eighty are in England, three in Scotland, one each is in Wales and Northern Ireland.

London Book Fair annually opens world publishing’s trade-fair season and stands as one of Reed Exhibitions’ most effective and influential events, thanks to the long-time dedication of the show’s director Jacks Thomas and her team. London Book Fair, an industry-facing professional event, normally will pull some 20,000 or more attendees and is, in a sense, the springtime bookend to Frankfurter Buchmesse, which caps the international book business’ trade-show action in October (14 to 18).

A panoply of complex and illuminating programming, however—including what promised to be a stunning, multi-pavilion presentation by the United Arab Emirates’ UNESCO World Book Capital Sharjah as the show’s Market Focus this year—finally fell prey to the rising alarm and required safety precautions of publishers, literary agents, vendors, news media operations, and others who annually gather for the festive event.

In a comment provided to the news media, Thomas is quited, saying, “Planning for each London Book Fair starts as the door closes on the previous edition and, collaborating with our partners and participants, a great deal of thought and work goes into each event; cancelling  any event is a decision that is never taken lightly and LBF was no exception.

“The publishing and book community is networked and in touch, but face-to-face gatherings remain vital to doing business and building relationships. We therefore look forward eagerly to the 2021 edition of the London Book Fair that’s our 50th birthday.

“COVID-19 has taken many of us into previously uncharted waters and we are grateful for the huge support and understanding the international publishing and book community has shown in this difficult and fast-moving situation.”

In terms of that speed Thomas refers to, this morning, both HarperCollins UK and Simon and Schuster UK withdrew from the show. Harper and Simon were the last of the British market’s major trade book publishers to pull out, although the United States’ divisions of those companies had previously exited.

Reactions in various social media are, for the most part, supportive and understanding of Reeds’ decision, as Thomas’ comment suggests. 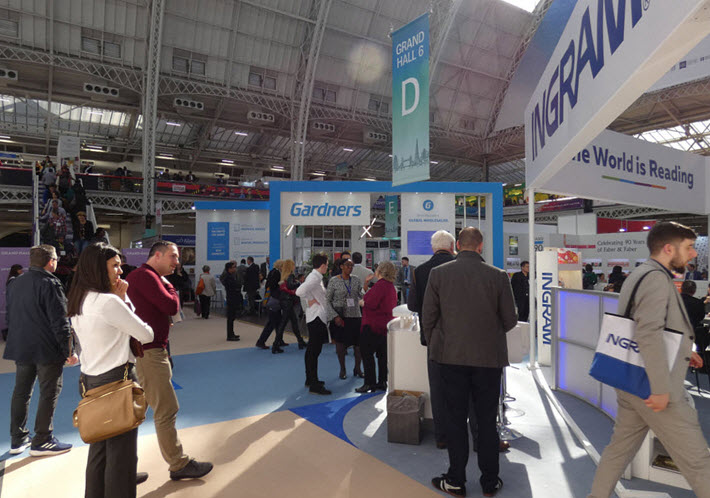 If anything, the industry’s overall tone—in the international channels in which Publishing Perspectives operates—has been surprise and, at times, indignation that London Book Fair waited as long as it did to shutter.

Early this morning, for example, Thomas Ueberhoff, who is the editor-in-chief at Germany’s Rowohlt, wrote a comment on one of our stories from Wednesday about the UK’s plan to first “contain” elements of the outbreak. Ueberhoff’s comment, in part:

“Phase one, ‘contain’? What a joke if containing the virus implies sending ten of thousands of people to a book fair nobody wants anymore except Reed Exhibitions for strictly monetary and insurance reasons.”

On Tuesday, the world’s largest publisher, Penguin Random House, stood down its entire international system, which produces some 15,000 new titles annually. That, after Pan Macmillan and Hachette Livre (including Hachette UK) exited, even as Germany’s enormous 300,000-visitor Leipzig Book Fair—scheduled to run March 12 to 15—shut down its 2020 edition.

Ingram Content Group, the world’s largest distribution player, had canceled on Friday (February 28) as the American Simon & Schuster division  did. By Monday, (March 2) Macmillan in the States, along with HarperCollins there and Hachette US’ sales division had followed suit.

And following the February 23 postponement to May of the major Bologna Children’s Book Fair (30,000 professional attendees)—amid the fierce outbreak in the Emilie-Romagna and Lombardy that locked down more than 50,000 people in Italy—the pressure ramped up very quickly on London Book Fair’s producers at Reed Exhibitions to reconsider its intent to go on as scheduled.

In Milan, one of Italy’s most respected publisher, Stefano Mauri of Gruppo editoriale Mauri Spagnol, wrote movingly of his front-row view of what that major outbreak was doing to his market, appealing to the trade shows, book fairs, and festivals of the world to postpone.

Exhibitors Were Still Altering Their Plans 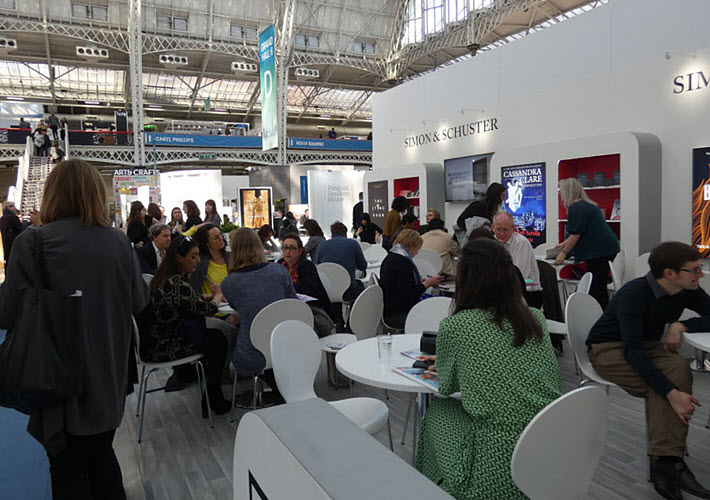 Even as the news of London Book Fair’s cancellation arrived, some exhibitors were still working on their plans and making announcements.

In Bingley, England, Emerald Publishing Ltd. had just dispatched a message to news media members from CEO Vicky Williams, saying, “We can confirm that we have taken the difficult decision not to attend this year’s London Book Fair. The health and well-being of our employees, industry colleagues and customers is our primary focus, so we have decided to err on the side of caution, given the rapidly evolving circumstances related to COVID-19.”

And in response to Publishing Perspectives’ inquiry, Renate Bayez at Springer Nature in Heidelberg responded, “Springer Nature is planning to be at London Book Fair but with a reduced presence given international travel advice.

“We are keeping a close eye on developments and will adapt our plans accordingly if necessary. The health and safety of our staff, clients and the wider public will come first.”

Insurance and the ‘Notifiable Disease’ in the UK 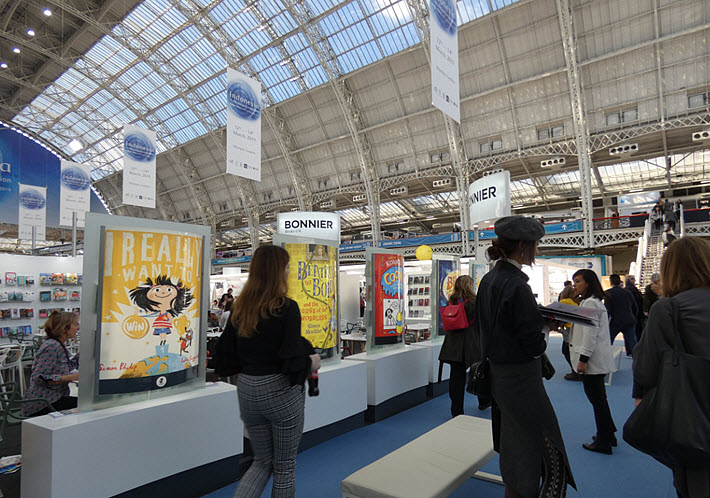 There had been extensive discussion in the industry about why Reed Exhibitions might have waited to cancel as long as it did, hoping that a government order to restrict crowd size could give it a force majeure footing with insurance. An example of this had played out last week as the Salon du Livre de Paris, originally planned for March 20 to 23, had been cancelled.

The president of that show, Vincent Montagne, wrote in his explanatory note, in part, “Following the French government’s decision to forbid all indoor gatherings of more than 5,000 people, we have unfortunately taken the decision to cancel the 2020 edition of Livre Paris.” Vincent said that public-facing show can draw more than 160,000 visitors annually.

In his coverage this morning at The Bookseller, Mark Chandler writes, “The [UK] government is planning to declare the virus a ‘notifiable disease’ which could help businesses cover their losses through insurance policies.”

And indeed, at BBC News, Faisal Islam reports today (March 4), “The [government has bowed to pressure and changed its stance on insurance to cover businesses for coronavirus losses in England. The government said it would declare coronavirus as a “notifiable disease,” a formal classification required by many insurance policies. Businesses had warned that expected coronavirus losses risked not being covered under the existing rules.

For publishing industry professionals who need information on the outbreak, updated international maps of the coronavirus spread are being provided by many media, notably The New York Times here.

#lbf20 cancelled. Well done for making this difficult decision @LondonBookFair. I really feel for everyone who works there, and all of @midaspr, and of course everyone who had put time, effort and money into this event, either as a visitor or exhibitor. #londonbookfair

More from Publishing Perspectives on London Book Fair is here, and more from us on the coronavirus outbreak is here. Porter Anderson previously worked as an associate editor for London’s The Bookseller.