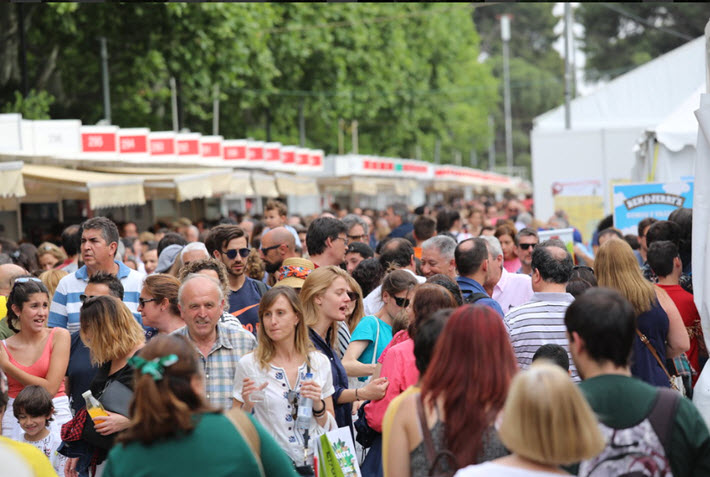 Originally set for May 29 to June 4, the 79th Feria del Libro Madrid has announced a postponement to October 2 to 18.

Established in 1933, this is one of the world’s largest public-facing book events, traditionally drawing more than 2 million visitors in 17 days to the Spanish capital’s Parque de El Retiro. It’s organized by the Association of Libraries of Madrid and directed by Manuel Gil.

Gil tells Publishing Perspectives that some 500 publishers and booksellers—and from both the trade and academic sectors—are part of the professional programming of the fair, which is one of the largest of the Aldus Network of European fairs.

In a statement from Gil’s team, the show says, “Following the recommendations of the Ministry of Health  and the  Community of Madrid  in relation to the health situation in the region, to prevent and contain the epidemic caused by the COVID-19 virus in a scenario called ‘containment” reinforced,’ [the fair has] decided at an urgent meeting of its organizing committee—made up of publishers, distributors and booksellers—to postpone this edition of the fair.

“Several possible dates have been studied and it has been decided to celebrate it from October 2 to 18 of this year,  taking into account the responsibility and prudence that an event of the importance of the fair has for both exhibitors and visitors.”

The message has gone out to news media from a spokesperson in New York City this morning (March 13):

“Out of an abundance of caution, Macmillan Publishers is now shifting to a full-time work-from-home environment for Trade and Shared Services, starting on Monday (March 16).

“The office will remain open for now, and will be accessible during normal business hours, but the goal is to minimize work happening in the office to the greatest extent possible.”

This morning, (March 13), the United States’ BISG—Book Industry Study Group—is announcing a postponement of its annual meeting, from the original date of April 24 to September 11.

As Publishing Perspectives had announced, the Barnes & Noble and Waterstones CEO James Daunt had been announced as the keynote speaker for the event in New York City. BISG executive director Brian O’Leary tells us that Daunt has agreed to remain in place, to give the program’s closing keynote.

The organization is working to confirm the rest of the speakers for the day, and O’Leary says that anyone already registered has the option of getting a full refund.

You’ll find an explanatory article with full information from O’Leary and the team here.

In an announcement now posted to its site, Feria Internacional del Libro de Bogotá—the Colombian capital’s international book fair, popularly referred to as Filbo—is announcing a postponement from its originally planned dates of April 21 to May 5. 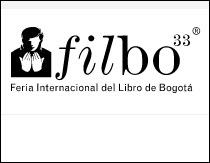 The new dates have not yet been set, and we’ll bring them to you as they’re made available.

A simple announcement is on the fair’s site here.

And in an interview with Laura Camila Arévalo Domínguez for El Espectador, Enrique González Villa, who is president of the Colombian Book Chamber, says, “We are in constant meetings with the national and local governments and with the embassies of the Nordic countries in Colombia to take the appropriate decisions, and which will be communicated to the public as soon as possible.”

That’s a reference to the fair’s guest countries of honor program, which this year features Denmark, Finland, Norway, Iceland, and Sweden.

“For this fair we were expecting 500 foreign guests, 180 of them writers,” Villa says, “in addition to international publishers, literary agents, librarians and general visitors. When some began to cancel we realized that we were going to have difficulties. Then the Leipzig and London fairs were canceled, then the Salon du Livre in Paris, and the Madrid Book Fair has been postponed until October, and so it became clear that we had an international problem.

“We are responsible and we are in solidarity with what has been decided by the local and federal government . We support these measures even though the postponement will imply economic and logistical difficulties. For us, the health and the life of Colombians is much more important. We all have to help each other.”

He adds that finding a new date will depend on the calendar of Corferias, the Bogotá convention center.

In an announcement from the UK’s Booksellers Association and its Irish branch, Bookselling Ireland—in association with Publishing Ireland—we learn that the Irish Book Trade Conference is being delayed.

Staged in Dublin, the event was originally scheduled for March 20.

A new date is anticipated for the autumn but has yet to be announced.

The original program has been planned to open with a keynote address from Peter Cosgrove on “The Future of Work,” followed by “An Industry Health Check,” with Nielsen Bookscan, both sessions sounding quite timely.

An announcement from the Publishers Association of New Zealand (PANZ), we learn that the PANZ International Conference is being postponed from its original April 30 to May 1 dates to September 17 and 18.

A short article at Books + Publishing, the trade magazine for Australia and New Zealand, we read, “We hope that by spring we’ll be over the worst of the COVID-19 outbreak and the associated travel restrictions will have been lifted.”

Most international guests, according to the article, seem to be able to handle the date change.

In Twitter comments, the Arab Publishers Association based in Cairo is announcing new dates for the Tunis International Book Fair.

The rescheduled dates are November 13 to 22.

In Thursday’s article, we looked at efforts in France to develop downsized events for the Cannes Film Festival that could fit within the French government’s limit of 1,000 people per event.

Today (March 13), Elsa Keslassy picks up the story again at Variety to note that Paris has issued a new, much more restrictive limit, capping events at 100 people.

Keslassy writes, “Organizers have been working on a contingency plan in case the 1,000 people limitation was still in place by the start of the festival on May 12. The new restriction might be a fatal blow to the festival unless it is timed to expire by the end of April.”

While we’re receiving good notice from many associates in the world industry, we hope you’ll join them in telling us about your coronavirus-related news so that we can convey that information to our international readership.

Please send such news to Porter@PublishingPerspectives.com