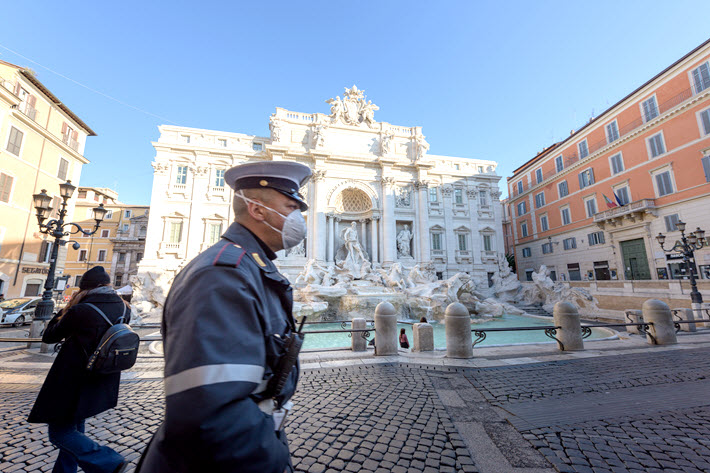 As the coronavirus spreads, international publishing has choices. It can focus on its own obstacles and setbacks. Or it can ask how to put its best creativity into the hands of a world that needs it.

This article is the opening editorial from our Spring Magazine, ‘Publishing in a Time of Crisis,’ distributed digitally, of course, amid the international outbreak of the coronavirus COVID-19. You’ll find a free download of the magazine here.

Editorial: ‘What Could Possibly Go Wrong?’

When we started working on our Spring Magazine, we planned to release it during the London Book Fair. And now, as we launch it, the Bologna Children’s Book Fair has had to cancel, as LBF did.

Between the loss of the UK’s major trade show with its 20,000 attendees and Italy’s world-leading 30,000-person industry summit for young people’s literature and illustration, the international publishing industry already has suffered a couple of body blows from the outbreak of the coronavirus COVID-19.

And as we make our daily updates here at Publishing Perspectives, we’re seeing conferences, festivals, and book fairs go the same way. An industry that always has conducted its business with a special fondness for personal contact is resorting to phone calls and virtual conferencing—for all the right reasons.

We spoke with CEO Michael Tamblyn about Rakuten Kobo’s compassionate partnership with Gruppo Mondadori and the Italian innovation ministry. They’ve been working to offer Italians under COVID-19 lockdowns a free ebook from Mondadori’s huge catalogue.

And as we finished up the interview, Tamblyn added that he was working from home. The Toronto offices of Kobo voluntarily did a test run, requiring everyone to work from home for a day, just to find out “on our own terms,” he said … what could possibly go wrong.

Likewise, in publishing houses’ offices in many parts of the world, executives are weighing whether it’s time to send their staffers home to telecommute. Publishing is fortunate. It’s a field in which a lot of its work can be done in such a format.

But our events are a particular challenge. And what can happen when an event goes ahead during the spread of the coronavirus may lead to a result fully as counterproductive as a cancellation may seem to be.

When Soldiering On Isn’t the Answer

The Association  of Writers and Writing Programs’ conference—called AWP—is normally North America’s largest annual writing conference. It’s based in the undergraduate university creative writing programs of the USA and Canada, but it’s so attractive to MFA and PhD programs that for a couple of years, its lead sponsor was England’s Bath Spa University—which sent a team over to recruit students for its programming. A few years ago in Boston, AWP drew 18,000 people.

“A plague of sorts walks among us. And as Camus would want us to remember, we, of all people, the storytellers, should be the ones best suited to grasp the gravity of so awful a moment.”

This year, AWP was set to run March 4 to 7 in San Antonio, Texas—less than 100 miles from Austin, the city that forced the cancellation of its huge South by Southwest media festival, which can draw 400,000 or more. And AWP’s venue of San Antonio is where a patient quarantined for the coronavirus had been accidentally released into the city. Still, AWP would go forward.

By the time it opened, organizers were ordering it “handshake-free” and “hug-free,” and trying to put a brave face on what looked like a slow-motion blunder. As companies like the independent Canadian literary press Wolsak & Wynn from Ontario announced their regretful withdrawal, writers were responding with appreciation for a decision, as one wrote, “not to put yourselves, your writers, and vulnerable seniors and disabled folks at any further risk.”

And as Jim Milliot would report at Publishers Weekly, predictions of a 7,000-person turnout “seemed to predict a best-case scenario. When the event opened, approximately half the vendor tables at the book fair were unoccupied, traffic at the registration and book fair was light, and attendees complained that the online scheduling tool lagged behind in noting the numerous event cancellations.”

Worst of all, perhaps, AWP lost its co-executive director, Diane Zinna, who resigned over the decision.

What Are We Learning?

Just before press time, Publishing Perspectives had a chance to interview Margaret Heffernan, the Texas-born, BBC-bred producer and TED Talker on contemporary contexts. Her new book Uncharted: How to Map the Future is just out from Simon & Schuster UK, and is scheduled to release on September 8 in the States, also from S&S. Why they’re holding it until September in New York is a mystery, because Heffernan has an amazingly timely chapter on epidemics and the rigors of developing vaccines. (Look at Chapter Ten if you can grab a copy of the book.)

“Our drinks receptions, our panel discussions, our awards ceremonies in which we hand each other prizes—these will all be waiting afterward. Right now, the world needs us to look up, to look out, and to ask how we can pitch in and help.”

What she’s getting at in Uncharted—we’ll have a full interview at Publishing Perspectives—is that being “in a bubble” doesn’t just apply to how we selectively acknowledge and deny political positions. It also applies to a peculiar modern mentality in which we convince ourselves that we’ve evolved beyond ancient terrors and nature’s grimmest disruptions.

Quite the contrary, we’re undergoing what the World Health Organization finally has credentialed as a pandemic of frightening dimensions.

A plague of sorts walks among us. And as Camus would want us to remember, we, of all people, the storytellers, should be the ones best suited to grasp the gravity of so awful a moment.

We all should work—as Kobo and Mondadori are doing—to put our best creativity into the hands of a world that needs it.

After all, Stefano Mauri, an icon among Italian publishers, told us from the now red-zoned Milan that a publishing event’s rights-trading center is “an epidemiologist’s nightmare.”

So it’s a time to listen—to Heffernan, to Mauri, to Tamblyn, and to our better natures. World publishing would do well to look the virus full in the face, unpack our suitcases for the duration, and ask what it is we have to offer those who are suffering most in the uncertainty and dread of a threat that our governments really may not be able to handle.

Our drinks receptions, our panel discussions, our awards ceremonies in which we hand each other prizes—these will all be waiting afterward. Right now, the world needs us to look up, to look out, and to ask how we can pitch in and help.

To insert a quick personal note that helps me look past my own little worries, when the United Nations posted me to Rome, I lived near the Trevi Fountain. And neither in the brightest daylight nor the deepest darkness was there anything less than a churning throng of tourists and locals there.

Now? One man’s footfalls echo in an empty piazza under a lockdown that a friend there tells me “feels so surreal, it’s like living in a Stephen King novel.”

What could possibly go wrong? … is happening now. 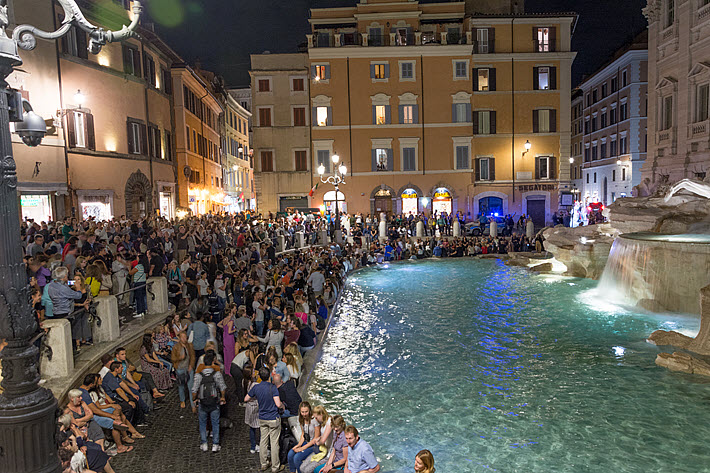 Rome’s Trevi Fountain with its typical crowds in normal times. This shot is from the evening of October 4, 2018. Image – iStockphoto: Asergieiev

More from Publishing Perspectives the coronavirus outbreak is here. And our Spring Magazine is available, free of charge, here.