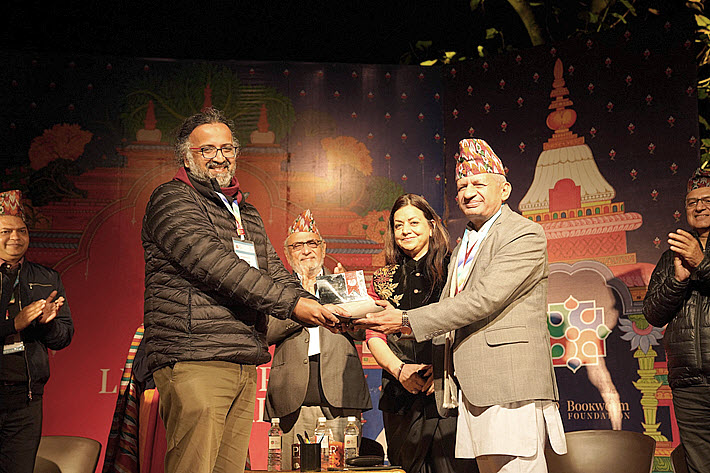 Said by the jury to evoke the sensibilities of Hindi, Urdu and Sanskrit, ‘Half the Night Is Gone’ by Amitabha Bagchi wins the DSC Prize.

‘Nine Countries and the Diaspora’

Named at the Nepal Literature Festival in Pokhara on Phewa Lake, Amitabha Bagchi’s novel Half The Night Is Gone from Chiki Sarkar’s Juggernaut Books in New Delhi is the winner of the 2019 DSC Prize for South Asian Literature.

The award program is focused on raising the profile of writing around the world by rewarding authors who write about the South Asian region.

The awards event in December was led by Pradeep Gyawali, minister for foreign affairs of Nepal, along with Surina Narula, co-founder of the DSC Prize. And the jurors have made the point that while the winning work originates in English, it has “the authenticity and the interiority of a work in translation without in fact being a translation.”

As Publishing Perspectives readers will recall, the shortlist’s contenders to Bagchi were:

Harish Trivedi, the chair of the jury for the prize, is quoted in the program’s media messaging, saying, “South Asia is now perhaps more visible and more omnipresent than ever before. There is a South Asia at home and a South Asia abroad and both inhabit a shared literary space of writings originally in English or translated into English.

“The DSC Prize for South Asian Literature is the only prize that encompasses nine countries in South Asia and the diaspora, and this year we also received entries from some writers with no ethnic connection with South Asia. 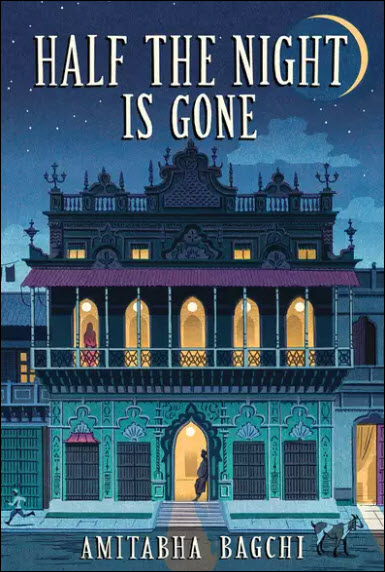 “For the five jury members located in five different countries, reading 90 novels in 90 days was a transformative experience. Over the months, we arrived at a diverse and inclusive longlist of 15 and a shortlist of six novels, representing the polyphonic richness of the region. It is out of this collective literary churning that there has emerged a winner whose work subsumes many languages and sensibilities.”

The prize program’s co-founder Narula is quoted, saying, “All the shortlisted books this year deal with diverse and powerful themes and there were three debut novels and a book about Afghanistan.

“It’s a tough decision as always for the jury to choose a winner from these exceptional entries.

“The DSC Prize has now completed nine years and it’s heartening to see the increased interest amongst readers across the world in South Asian life and culture through these books.”

The jurors working with Trivedi were Jeremy Tambling, former professor of literature at the University of Manchester; Kunda Dixit, editor of the Nepali Times newspaper in Kathmandu, and author of several books on the South Asian region and climate change; Carmen Wickramagamage, professor of English at the University of Peradeniya, Sri Lanka; Rifat Munim, a bilingual writer, essayist, and translator, and the literary editor of Dhaka Tribune in Bangladesh. 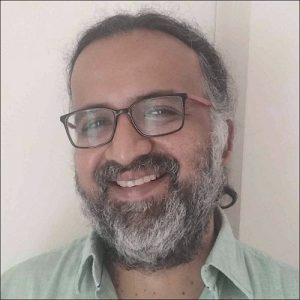 And in their statement of rationale for the selection of Half the Night Is Gone, the jurors write, “This novel, written in English, feels like a book written in an Indian language, and has the authenticity and the interiority of a work in translation without in fact being a translation.

“All subcontinental novelists in English since Raja Rao have striven ‘to express in a language that is not one’s own, [and] a sensibility that is one’s own.’ And this novel evokes the sensibility of not one but three Indian languages: Hindi, Urdu and Sanskrit.

“It weaves together three parallel stories, interrogating the relationships between men and women, fathers and sons, masters and servants, and the nation and the individual.

“It’s epic in scope, profound in its exploration of class and gender, and elegantly assured in the way it infuses English with Indian wit and wisdom to achieve an unprecedented commingling of different literatures and cultures.”

More from Publishing Perspectives on publishing and book awards is here. More from us on Asian markets is here.