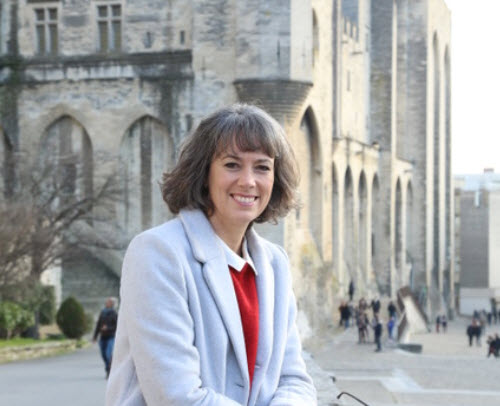 French editor and archeology expert Marion Charlet says that if you ‘never hesitate to knock on doors,’ niche publishing can find traction in France. 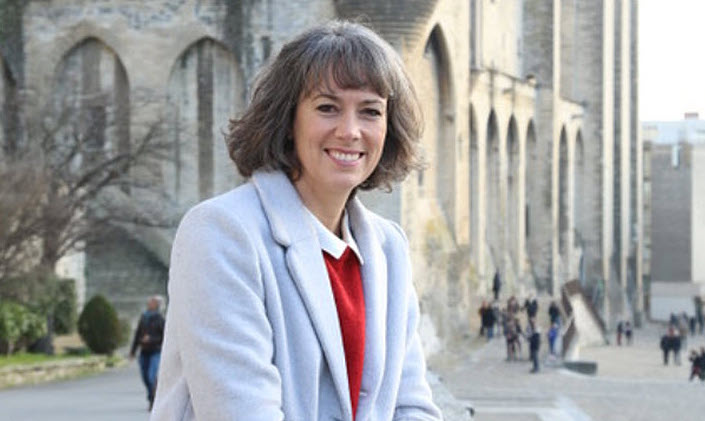 The publishing house Éditions Marion Charlet opened in October, and its founder tells Publishing Perspectives that building a presence in the niche sectors of France’s book market can allow small publishers to thrive.

Marion Charlet’s publishing niche is archaeology, and her first release is Douces cadences (Sweet Cadences), a collection of poems by Louis de la Monneraye with photography by Alexandre Bretinière focused on the archeological and architectural wealth of Avignon—the city in which Charlet’s new venture is based—with its UNESCO World Heritage imprimatur for the Palace of the Popes, Pont d’Avignon, Cathedral des Doms, and more. 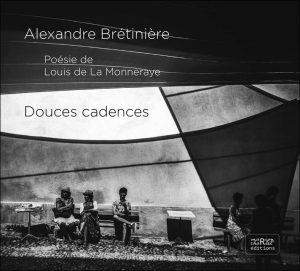 Charlet, who started her career as an archeologist, says, “I trained to become an editor of archeology books, and joined a publishing house based close to Lyon. I also started to collaborate with Pyramyd Éditions which is focused on design and visual communication.

“I worked three years as an editor, which allowed me to build a network within this industry. Finally, I decided it was time to venture into publishing on my own, and last year, I opened Éditions Marion Charlet. 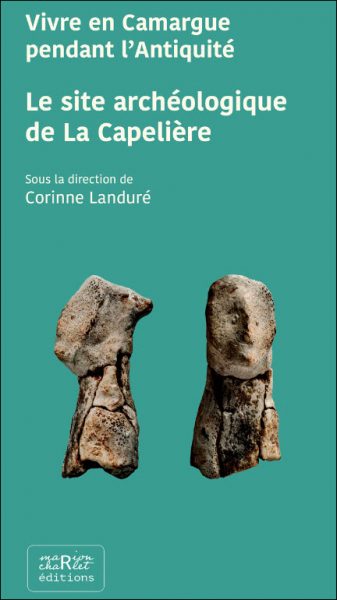 “The current state of the book industry in France isn’t bad, especially if you decide to operate within a niche. For this, you need to enlarge your horizons and never hesitate to knock on doors. If you find it, there are many possibilities to develop.”

To sell its books, Éditions Marion Charlet relies on a distributor, although Charlet says that selling through an external company is expensive.

“Our books are available at independent bookstores across the country,” she says.

“I also work with a number of other small publishers to pool and develop our distribution capacities. You can buy our books at Fnac.”

Online sales are another promising channel for small publishing houses, Charlet says, with particular focus on specialized retailers, according to the publisher.

“For archeology books, there are certain sites that specialize in selling this literature, very popular with archeologists,” she says.

French Ministry Statistics on the Trade

A report released by the ministry of culture in March, indicating rising numbers of books released in the French market. 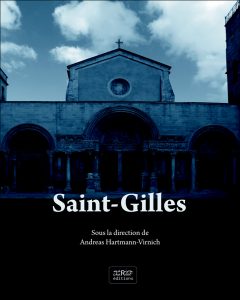 In sales, however, the ministry’s calculations show slight decreases in volume, down 1.1 percent in 2017 and down 0.6 percent in 2018, based on data gathered from retailers by the French subsidiary of the international pollster GfK. The impact of lower sales volume on publishers’ revenues is a drop of 1.6 percent to €2.792 billion (US$3.1 billion) in 2017, in the ministry’s interpretation.

In 2020, Éditions Marion Charlet is planning to release between five and six new books in the French market, working with local writers.

More from Publishing Perspectives on the French market is here, and more on poetry is here.