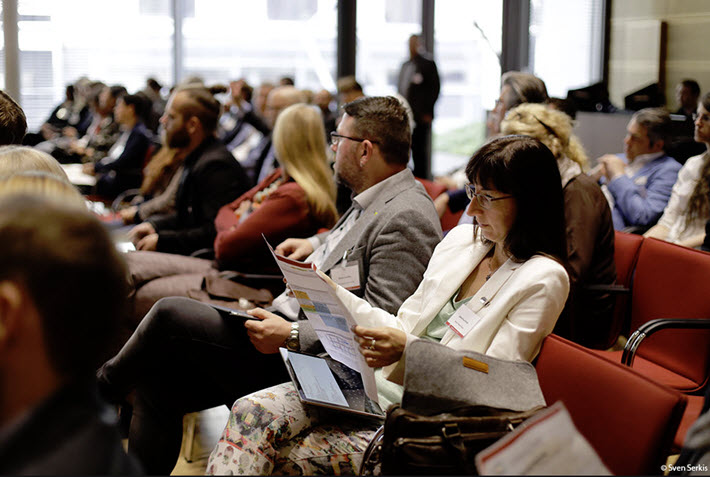 Publishers are under pressure to balance core business goals and new opportunities—a tension that the 2019 Publishers’ Forum will address in Berlin. 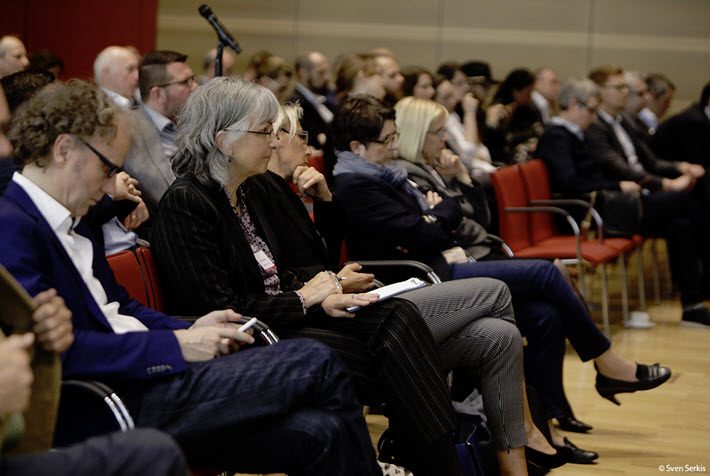 At the 2018 Publishers’ Forum in Berlin. Image: Sven Serkin

A sense of urgency underlies not only next month’s London Book Fair (March 12 to 14) but also in plans announced for this year’s Publishers’ Forum, set for May 9 and 10 in Berlin.

In the case of London Book Fair, of course, the dynamic in question is political, as the shadow of Brexit’s March 29 date hovers with so little clarity over the creative industries in general and the UK’s export-heavy book publishing industry in particular. For example, only a few hours after the fair opens on March 12, a session set in the Club Room of the National Hall Gallery is titled “Contested Identities: Writing, Writers, and the Brexit Enigma.”

On the other hand, competing interests—core business vs. diversification, for example—are at the heart of the still-developing program that Rüdiger Wischenbart and Klaus-Peter Stegen are directing at the Klopotek-owned Publishers’ Forum event in May.

Its agenda focuses on publishers’ need for efficiency—perhaps as much in determining which business opportunity to follow as in how to follow one.

What’s very much at the root of the issue is that now inadequate phrase “book to film.” As publishing competes with increasingly powerful contenders for consumers’ attention, pressure is building on publishers to vie for talent and licensing control with film, television, streaming networks, and a growing array of audio platforms.

Wischenbart is positioning the dilemma this way: “Is it imperative to risk diversification and to think of exploitation chains beyond books? Or should focusing on our core business take absolute priority?”

The use of the verb “risk” is no accident. As with so many of the challenges gathering around publishing at the end of this decade, it’s hard to see a light touch being adequate. Companies need to commit with real zeal to the choices they make—facing down the fact that they may make the wrong choices at times and run, fully committed, right into a wall. 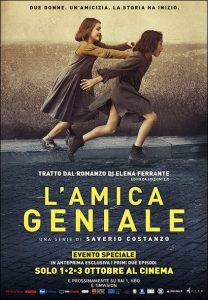 So it is that among some of the 50 or more speakers being engaged for the show this year are publishing players who may be one or two hills ahead of others in scouting out where the potentially profitable directions may lie.

More speakers include Planeta’s Jesús Badenes and Patrici Tixis; Wattpad Studios’ Ashleigh Gardner—who is heard on this week’s Beyond the Book podcast with Christopher Kenneally from Copyright Clearance Center; the UK Publishers Association’s Emma House; Klopotek’s Peter Karwowski and Ule Klopotek; IBM iX and Aperto’s David Linderman; and Holger Volland, the Frankfurter Buchmesse vice-president who has headed the development of THE ARTS+ program and is engaged in the innovation gap between tech and many elements of cultural development.

All of these various viewpoints and panels—on topics from centralizing contracts, rights, and royalties to understanding whether AI, artificial intelligence, can factor into a publishing house’s current developmental track—are being brought together in the program, which, Wischenbart tells us, is updating rapidly.

More information on this year’s programming is here. 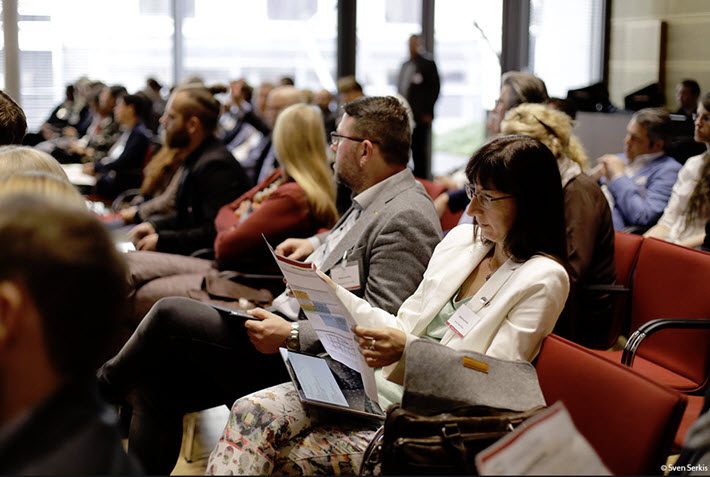 At the 2018 Publishers’ Forum in Berlin. Image: Sven Serkin