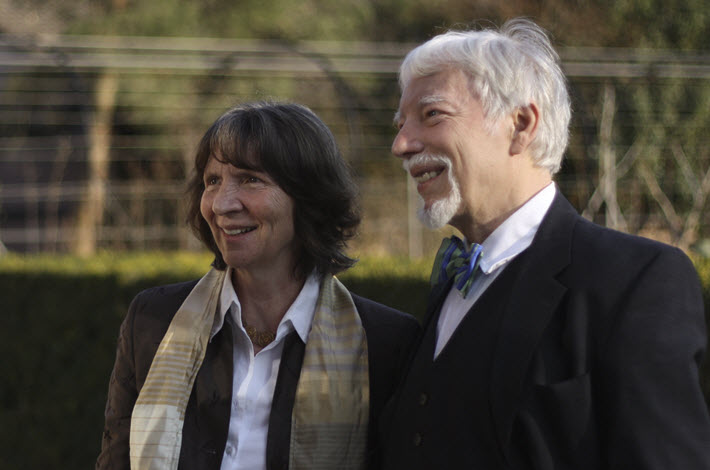 The husband-wife team of Aleida and Jan Assmann, both authors and researchers, are known for their work in “cultural memory” and its contrast in many instances to individual experience in society. 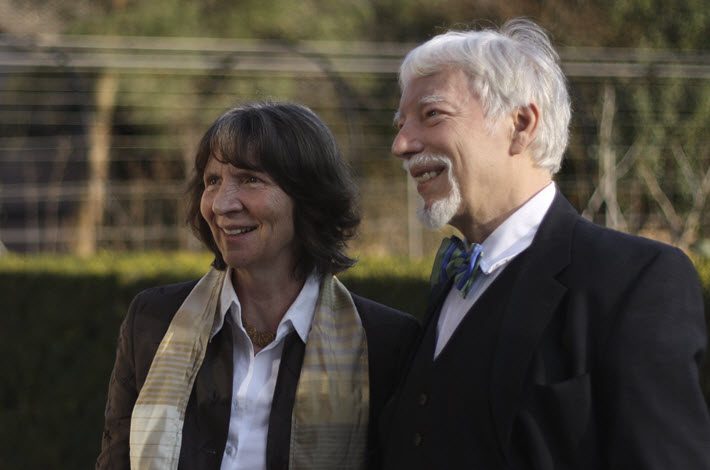 ‘Relating to the Cultural Memory of Nations’

The Peace Prize of the German Book Trade this year goes to German literature and cultural studies professor Aleida Assmann and her husband Jan, the Egyptologist.

The announcement was made today (June 12) by Heinrich Riethmüller, chairman of the German Publishers and Booksellers Association (Börsenverein des Deutschen Buchhandels), at the opening of this year’s Berlin Book Days events.

The presentation of the award will be part of a ceremony at the Church of St. Paul in Frankfurt am Main on the final day of Frankfurter Buchmesse, which runs this year October 10 through 14. The program will be broadcast live on German public television.

In a prepared statement, the Börsenverein’s trustees are quoted as saying:

“The association and its members have chosen to honor two exceptional scholars who have inspired and complemented each other’s work for decades.

“As a scholar of literary and cultural studies, Aleida Assmann has displayed an unfaltering commitment to investigating the virulent and perennial themes of historical amnesia and memory culture. In view of the growing political instrumentalization of these themes in recent German history, her scientifically grounded studies continue to provide much needed enlightenment on a broad range of issues relating to the cultural memory of nations. Time and again, her work has illustrated that an open and honest handling of the past is an essential precondition for peaceful coexistence.

“As an Egyptologist and a scholar of cultural studies, Jan Assmann has launched international debates on fundamental questions relating to the cultural and religious conflicts of our time. His extensive scientific work has examined the relationship between religion and violence, the genesis of intolerance, and the claim to absolute truth, all of which have made an indispensable contribution to our understanding of the willingness and capacity for peace held by religions in today’s global society.

“The exhilarating and mutually enhancing unity created by the two voices of Aleida and Jan Assmann has generated a body of work that is of tremendous importance for contemporary debates and, above all, for sustainable peace and understanding among the peoples of the world.”

Aleida and Jan Assmann have received numerous awards prior to the Peace Prize, including the Balzan Prize (2017) and the Karl Jaspers Prize (2017) for their joint work.

Aleida Assmann was born in 1947 in Bethel near Bielefeld, and has centered her academic focus since the 1990s on English and archaeology, but also on the subject of “cultural memory,” remembrance and forgetting. In 1993, she became chair of English and comparative literature at the University of Konstanz. She has also served in numerous guest professorships across the globe in the subsequent decades.

Media messaging from the Börsenverein recalls that in her 2006 book Der lange Schatten der Vergangenheit: Erinnerungskultur und Geschichtspolitik (Shadows of rauma: Memory and the Politics of Postwar Identity, 2015 in English), she examines a tension between personal experience and official commemoration, while providing suggestions for “an apposite culture of remembrance” and arguing in favor of giving memory a “common memory space,” which could become tangible in a day of remembrance.

In her latest book, Menschenrechte und Menschenpflichten, 2017 (Human Rights and Human Duties), written in the context of the current refugee debate, she calls for a new social contract driven by human rights, by values such as empathy and solidarity, as well as by a canon of rules for the fair and respectful coexistence of existing residents and immigrants.

Jan Assmann, born in 1938 in Langelsheim (Harz), has made fundamental contributions to the development, editing, and interpretation of sources relating to Egyptian religion. From his early career days, he has pursued interdisciplinary approaches, as the Börsenverein’s commentary points out, by connecting philological interpretations of texts with archaeological findings, as well as by taking into account cultural and socioeconomic backgrounds.

By analyzing cults of the dead, Assmann has sought to shed light on the particular self-conceptions a culture leaves for ensuing generations.

In his work on Egypt and cultural studies, “Assmann revises the biblical image of ancient Egypt as an enslaved society under the rule of the Pharaohs,” according to media materials, “instead portraying it as a civilization guided by concepts of order and justice.”

Assmann became known to a wider audience with his works on the emergence of monotheism, which he sees as having its beginnings in the exodus of the Israelites from Egypt. In his 2016 book Totale Religion: Ursprünge und Formen puritanischer Verschärfung (Total Religion: Origins and Forms of Puritanical Intensification), Assmann spans an arc to current discussions regarding the potential for violence held by societies shaped by monotheism.

In 1978, he and his wife founded the research group Archäologie der literarischen Kommunikation (Archaeology of Literary Communication), which brought representatives of different academic fields and cultural disciplines together in a dialogue.

Aleida and Jan Assmann used these initial approaches to formulate that concept of cultural memory, which they’ve defined as an officially constructed and institutionalized form of collective memory in contrast to purely subjective individual memories.

Aleida and Jan Assmann live in Constance. The couple has five children.

More from Publishing Perspectives on the German Book Trade Peace Prize is here.