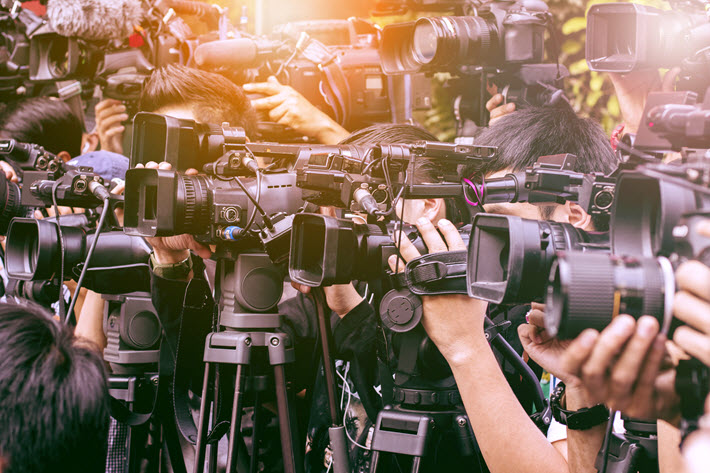 Amid political upheaval in both the States and Russia, with issues of environmentalism and inequality discussed in the news, the Helen Bernstein Book Award for Excellence in Journalism announces its shortlist. 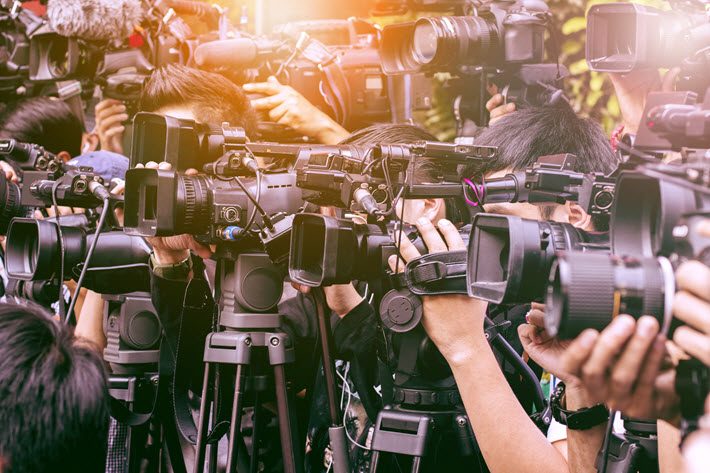 The New York Public Library’s 31st annual Helen Bernstein Book Award seems to have special relevance in 2018 because it honors excellence in journalism. And not for many years have journalistic books held as much importance in many cultures of the world as they do now.

In a prepared statement, the New York Public’s president Tony Marx is quoted, saying that the five journalists represented in this shortlist “have dedicated themselves to shining light on vital issues impacting our society, tirelessly reporting facts at a time when truth and knowledge remain as essential as ever.

“We thank the Bernstein family for its continued commitment to honoring the passion of these journalists, who, like the library, work every day to strengthen their communities.”

Not surprisingly, the Helen Bernstein Book Award shortlist includes Joshua Green’s acclaimed Penguin release Devil’s Bargain: Steve Bannon, Donald Trump, and the Storming of the Presidency. We also find the gifted Masha Gessen’s The Future Is History: How Totalitarianism Reclaimed Russia from Riverhead, a book that market readerships aware of Russian interference may need to read just as much or more than pieces focused on their own societies. Other topics represented here include labor issues, environmentalism, and economic corruption. It’s a rich handful of books.

The shortlist follows, with descriptive text as provided to the press by the library: 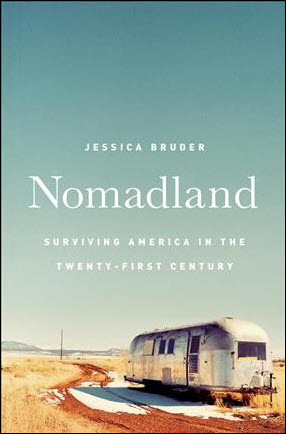 From the beet fields of North Dakota to the National Forest campgrounds of California to Amazon’s CamperForce program, employers have discovered a new, low-cost labor pool, made up largely of transient older Americans. Invisible casualties of the Great Recession have taken to the road by the tens of thousands in late-model RVs, travel trailers, and vans, forming a growing community of nomads: migrant laborers who call themselves “workampers.” Bruder tells a compelling, eye-opening tale of the dark underbelly of the American economy, while still celebrating the exceptional resilience and creativity of these quintessential Americans who have given up ordinary rootedness to survive. 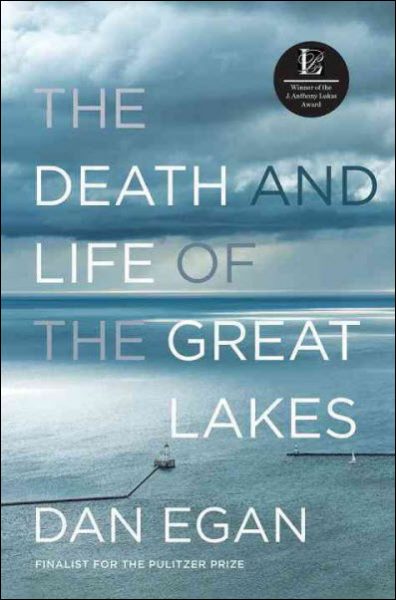 The Death and Life of the Great Lakes by Dan Egan (W.W. Norton & Company)

The Great Lakes—Erie, Huron, Michigan, Ontario, and Superior—hold 20 percent of the world’s supply of surface fresh water and provide sustenance, work, and recreation for tens of millions of Americans. But they are under threat as never before, and their problems are spreading across the continent. Egan’s portrait of an ecological catastrophe happening right before our eyes blends the epic story of the lakes with an examination of the perils they face, and the ways we can restore and preserve them for generations to come. 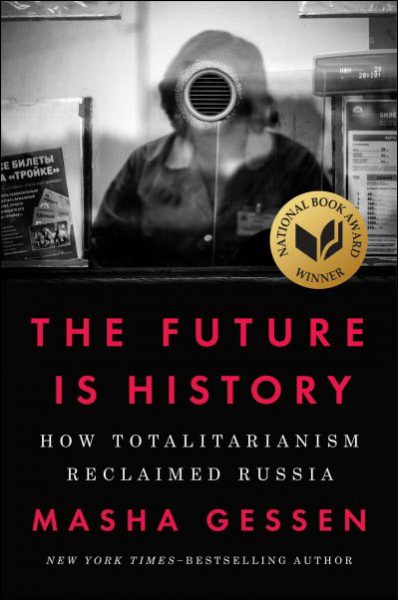 The Future Is History: How Totalitarianism Reclaimed Russia by Masha Gessen (Riverhead Books)

Gessen captures a pivotal era through the stories of several Russians whose lives spanned three decades in which Russia, having seemingly shed its Soviet incarnation for good and embarked on a journey toward democracy, devolved into a frightening retro-totalitarian state run by Putin with an iron fist. By giving us the arc of these individual lives, The Future is History pushes past the abstractions and headlines, providing an illuminating, in-depth perspective on daily life under a regime that has turned on its own people. 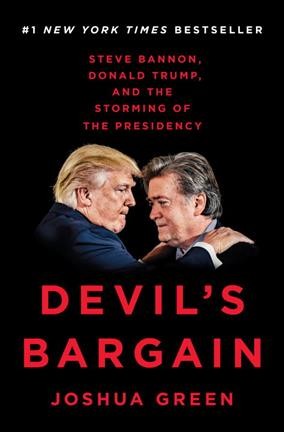 Devil’s Bargain: Steve Bannon, Donald Trump, and the Storming of the Presidency by Joshua Green (Penguin)

Drawing on dozens of interviews conducted with Bannon over the course of six years, Green spins the master narrative of the 2016 campaign from its origins in the far fringes of right-wing politics and reality television to its culmination inside Trump’s penthouse on election night. Bannon’s hard-edged ethno-nationalism and his elaborate plot to destroy Hillary Clinton paved the way for Trump’s unlikely victory. Trump’s campaign was the final phase of a populist insurgency that had been building up in America for years, and Bannon, its inscrutable mastermind, believed it was the culmination of a hard-right global uprising that would change the world. 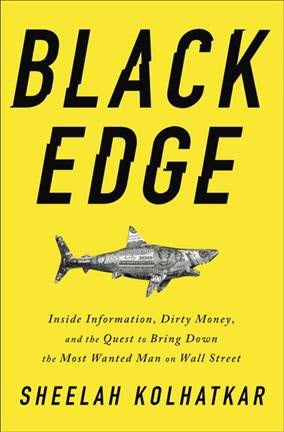 Black Edge: Inside Information, Dirty Money, and the Quest to Bring Down the Most Wanted Man on Wall Street by Sheelah Kolhatkar (Random House)

The rise of a powerful new class of billionaire financiers marks a singular shift in the American economic and political landscape. Their vast reserves of concentrated wealth have allowed a small group of big winners to write their own rules of capitalism and public policy. Through meticulous reporting and powerful storytelling, New Yorker staff writer Kolhatkar shows how Steve Cohen became one of the richest and most influential figures in finance—and what happened when the Justice Department put him in its crosshairs.

The Bernstein prize carries a purse of US$15,000, and the winner will be chosen by an eight-member committee for an announcement on May 21. That commitee includes Margaret Sullivan of the Washington Post—among the most astute and widely read journalists covering the field itself—as well as Human Rights Watch’s James F. Hoge; Bloomberg News’ Ethan Bronner; Anand Giridharadas, author of The True American; New York University’s Brooke Kroeger; The New Yorker’s Jane Mayer, author of Dark Money; the International Women’s Media Foundation’s Lynn Povich; and International House’s Calvin Sims.

For more information on the Helen Bernstein Book Award for Excellence in Journalism, see the library’s informational page here.