While most genre classifications are made for the use of the publishing industry and retailers, these phrases can lead to assumptions about what they mean. And on the eve of International Women’s Day (March 8), we look at how ‘women’s fiction’ may be just such a phrase, important to distinguish from what we mean when we speak of women’s work as authors. As ‘Arcadia’ editor Sara Malagón puts it at Hay Festival Cartagena de Indias, ‘Labeling can work as a kind of positive discrimination.’ —Porter Anderson

As Publishing Perspectives has reported, following the success of the first version, Bogotá 39—an anthology of work by Latin American writers launched during Bogotá’s World Book Capital year in 2007—the international Hay Festival network created a 10th-anniversary edition, Bogotá39-2017. The new iteration was launched earlier this year at Hay Festival Cartagena de Indias.

The new anthology features a fresh collective of 39 Latin American fiction writers who were born in 1978 or later in Latin America and/or to Latin American parents. Each author whose work appears in the anthology has had at least one book published.

This year’s Colombian Hay Festival brought together the new group of writers in its Bogotá39-2017 anthology. The authors participated in Hay events not only in Bogotá, but also in Medellin and Riohacha, Colombia’s northernmost capital city.

These vents brought authors onstage in conversations with editors and others from the cultural sector about narrative journalism, music, women’s fiction, and creative writing. 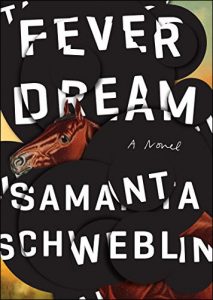 Argentinian author Samanta Schweblin—whose novel translated by Megan McDowell as Fever Dream (Distancia de rescate, 2014) was shortlisted for the 2017 Man Booker International Prize—joined Arcadia magazine editor Sara Malagón at the Luis Angel Arango Library in a Hay Festival event on the Bogotá39-2017 anthology. More than 200 attendees came to hear the author and editor in a conversation.

Schweblin, a native of Buenos Aires and now based in Berlin, saw her first book, El núcleo del Disturbio, published by Planeta in 2002. Her book Pájaros en la boca (Birds in the Mouth and Other Stories) brought her attention in Spain, where she’s today represented by the Carmen Balcells agency in Barcelona. Among awards Schweblin has gathered:

Publishing Perspectives spoke with Schweblin and Malagón about the place of fiction by and for women in the marketplace today.

‘We Have to Make a Distinction’

Publishing Perspectives: Do you think that women’s fiction is a strong but temporary trend, or is it an autonomous literary genre that will command an enduring position in the future? 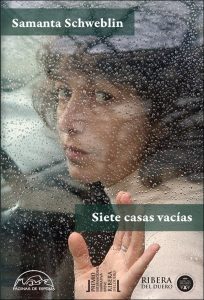 Samanta Schweblin: We have to make a distinction between “women’s fiction” and literature written by women.

The former, women’s fiction, is a genre that’s also written by many male writers, with or without pen names. I’m not particularly interested in this genre, and I don’t like the name. I also don’t think it’s gaining a foothold in the market.

The latter, however, literature written by women, is making big strides, and not because women didn’t write before, but because their works weren’t published in the past.

Literature written by women is simply what half the people of the world write.

Sara Malagón: I don’t like these categorizations. I think it’s possible that there are such categories, but I don’t know that it’s really profitable [to delineate them].

On the contrary, I think such labeling can work as a kind of positive discrimination. As in, “Here we have our collection of literature written by female authors,” a fiction publisher could say.

I also think it’s reductionist. I don’t think women’s fiction is necessarily connected to the topics it’s realated to most frequently such as intimacy, emotionality, love, rosiness, motherhood.

It’s a fact that literature written by women has fewer chances of winning literary prizes, less likelihood of being published, and fewer readers. Male writers are better respected and their works are read more. Fortunately, this is changing now, as we have not only the classic female authors but also contemporary authors like Margaret Atwood, Chimamanda Ngozi Adichie, and Samanta Schweblin, herself. 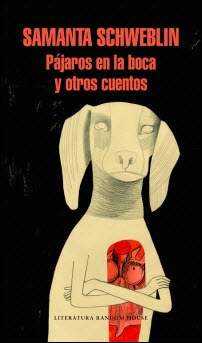 PP: In your experience, which genres are best for women’s fiction in Latin America?

PP: Do you think that women’s fiction should be written only by women? Is it possible for men to write it?

SS: I don’t remember right now their pen names because I don’t read their works often, but I know there are many men behind female names writing feminine and YA literature, sometimes children’s literature, as well.

“Literature written by women is simply what half the people of the world write.”Samanta Schweblin

SM: I don´t think  women’s fiction is written only by women. Literature doesn’t depend on who’s writing or the genre it’s conveyed through.

I’m reminded of Elena Ferrante. Before her real identity was known, some people thought that the author was a man behind a woman’s name. It shows our obsession with figures and identity, and it proved the dream of postmodernist thinkers that a work is independent from its author. In the end, when it was revealed that the author was a woman, nobody cared and  readers stuck to the work.

As for male authors who write from a woman’s perspective, I can think of Colombian writer Rafael Baena and his novel Siempre fue ahora o nunca (It Was Always Now or Never), and JM Coetzee with his Elizabeth Costello.

More of Publishing Perspectives’ coverage of the Hay Festival and its international events is here.