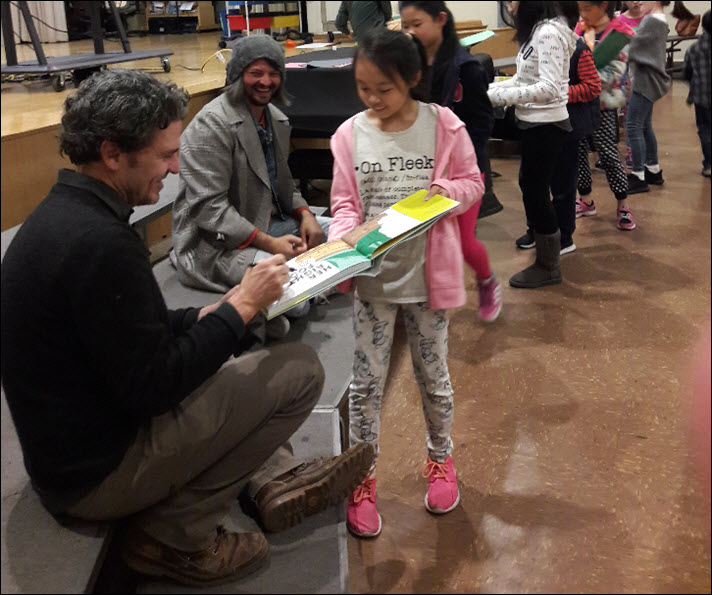 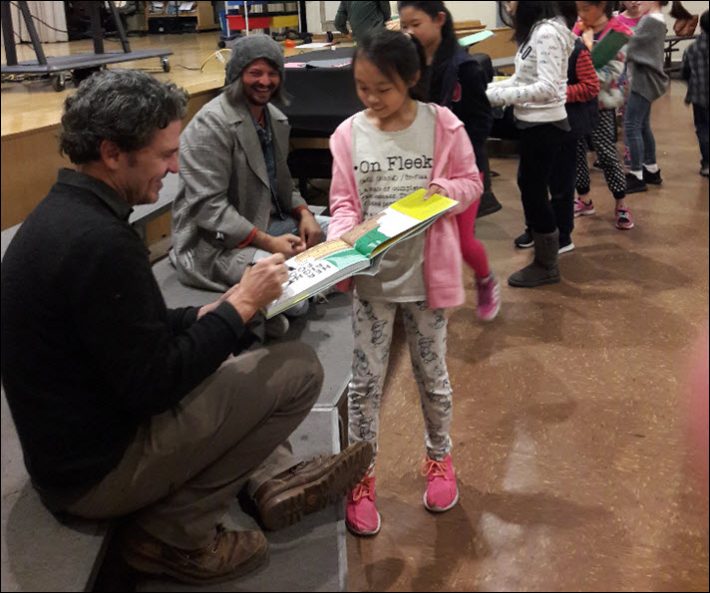 ‘Embracing Our World as It Changes’

Author Dave Eggers led Tuesday’s (November 14) kickoff of the #GiveBooks campaign in the States. The rally was held with students at PS 21 Edward Hart Elementary School in Flushing, New York. 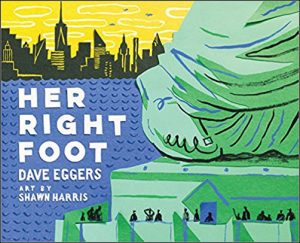 Illustrator Shawn Harris, Eggers’ collaborator on his children’s book (September, Chronicle Books), Her Right Foot, was along for the program in which Eggers read the book to the students. Eggers has long been engaged in initiatives that support young readers, having participated notably in The Lost Boys of Sudan and 826 National.

Her Right Foot looks at how the Statue of Liberty is sculpted in mid-stride, moving forward. As might be expected, its arrival on the scene during the political fracas of the 2016 elections has added to its visibility.

The book’s publisher, Chronicle Books, is working again this year with the First Book program—in Canada here. The charity reports having distributed more than 135 million books and educational resources to programs and schools serving children from low-income families in the United States and Canada.

PS 21, the site of Tuesday’s #GiveBooks kickoff, serves a diverse population: 91-percent of students are from minorities and 76 percent qualify for free or reduced-price lunch. Each of the 90 students who attended were given a copy of Her Right Foot.

In a prepared statement, Chandler Arnold, chief operating officer of First Book, is quoted, saying, “Her Right Foot reminds us that freedom is a dynamic value; it requires us to be constantly moving forward and embracing our world as it changes around us.

“We know from the dedicated educators who make up the First Book network that such a welcoming, hopeful message is especially relevant in their classrooms and programs right now.”

The collaboration of Chronicle Books and First Book isn’t new this year. Since 2011, Chronicle’s #GiveBooks campaign has encouraged consumers to give books for the holidays. For a fourth year, First Book is giving more than 80,000 Chronicle Books titles to young readers in need.

The theme of the 2017 #GiveBooks campaign is “What Can Books Do?” During the run of the campaign, Chronicle will share responses to that question, as well as tips and resources for what readers can do to share enduring magic of books.

As Harris, the illustrator, is quoted saying in press materials, “A good book engages kids as co-creators and leaves them telling stories beyond the pages.”

Through the #GiveBooks partnership, Chronicle Books and First Book are expected to turn 30,000 young readers into book owners, many for the first time.