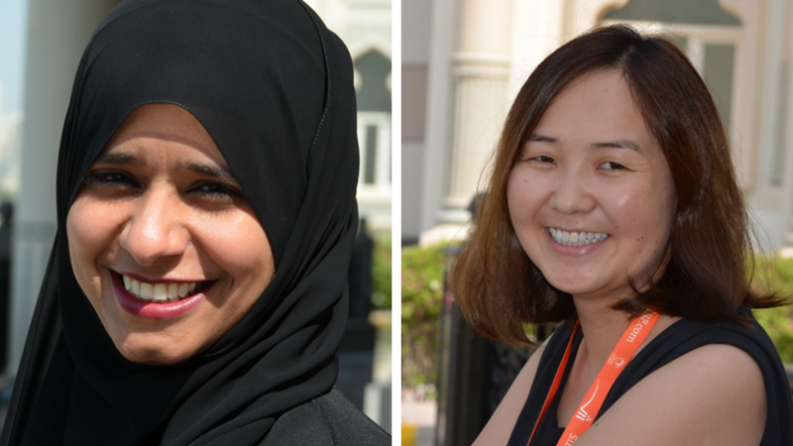 Alfulk Publishing in Abu Dhabi and Nepko Publishing in Mongolia are each working on new initiatives to increase translation and bring their books to more readers. 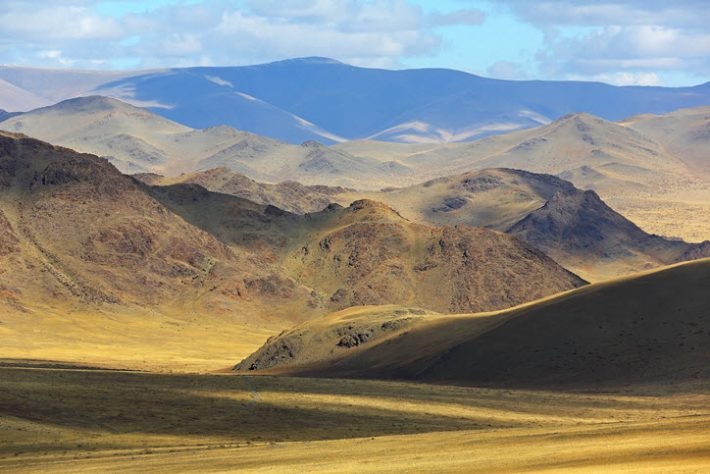 On the steppes of western Mongolia. Image – iStockphoto: Isare Scheewin

‘It’s Knowledge and Books That Can Save Us’

Two new publishers based in very different parts of the East are working to expand the reach of books—both those published by their own companies, and those from other countries.

Alyazia Khalifa, founder and director of Alfulk, a new publisher based in Abu Dhabi, is planning to open an office in Helsinki to get Arabic books to Syrian refugees in Finland and other parts of Scandinavia.

And in Mongolia, Oyunaa Bayarsaikhan, copyright manager at Nepko Publishing in Ulaanbaatar, is hoping to organize the country’s first international festival of literature.

Alfulk is named for a word that means ark, as is reflected in the company’s logo. “The story of Noah’s Ark,” Kalifa says, “tells how humanity was saved once by a boat.

“Today, it’s knowledge and books that can save us. Our core goal is to improve the intra-cultural awareness of Arab children. Books can make such a difference.

“When I was at the Helsinki Book Fair in October, there was a touring exhibition in which Arabic children’s books were read out loud in schools. One of the Arabic children listening said afterwards that he felt more confident after hearing the story. Books can make such a difference like this.

“Part of our plan now is to publish and import titles to help refugees. We’ve published 17 titles so far, and hope to publish another seven in 2018.” 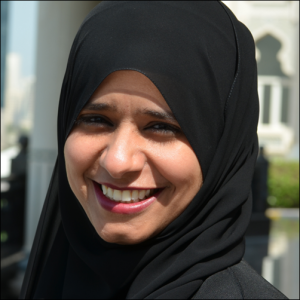 During the professional program that preceded this month’s Sharjah International Book Fair, Kalifa says, “So far, we’ve translated from Icelandic, Spanish, Italian, English, Korean, French, and Dutch. I research the titles I want online and I network. I went to Frankfurt last year and to the Shanghai Children’s Book Fair.”

Khalifa says she believes that Arab people read more than they’re credited for doing, but “we tend to be a little more private, so we might not have book groups, as such. A group of women friends will gather together and maybe talk about books, but it won’t necessarily be called a ‘book group.’”

Kalifa ways she’s thankful for some of the state-run translation grants that are available in the United Arab Emirates, a helping hand from the government for arts bodies.

Plans for a Mongolian Literary Festival

Mongolia’s Oyunaa Bayarsaikhan is copyright manager at Nepko, the name of which could be interpreted as “New Era Publishing Company.” It was founded in 2006 and chiefly publishes nonfiction.

“In my part of the world,” Bayarsaikhan says, “people aren’t so familiar with contemporary authors, so our publishing house Nepko has started to run literary projects to introduce modern writers. We’ve applied for translation grants in Shanghai, Turkey, Russia, and China to translate their fiction into Mongolian.” 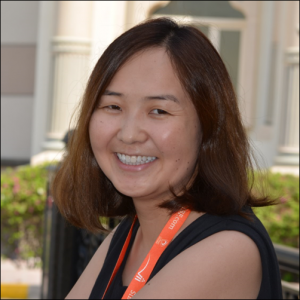 Bayarsaikhan says that before Mongolia became a democracy in the early 1990s, after years of Soviet-style one party rule, “a publisher or translator could simply get hold of a book, translate it, and sell it. This happened with the first Harry Potter book and the copies had to be burned.”

Today, Nepko publishes the first two Potter titles, she says, and the publishing industry in Mongolia is much more ordered. “I like to think that when we were established, we set the benchmark for those who followed.”

Bayarsaikhan credits Nermin Mollaoglu at Istanbul’s Kalem Agency for introducing her to much of the publishing world. Bayarsaikhan visited Istanbul in 2016 on the fellowship program that Mollaoğlu runs, and says she’d like to introduce more contemporary authors to Mongolia.

She mentions three authors who are particularly popular in translation at this point—Haruki Murakami, Orhan Pamuk, and Paulo Coelho. The name John Grisham doesn’t register with her.

“When we were under strict control from Russia,” Bavarsaikhan says, “people were more familiar with classic Russian authors. Now I’d like to introduce more contemporary writers.” Which is where the idea for an international festival of literature comes in.

She’s also about to become an author herself. She’s studying Chinese politics in Shanghai, but has found time to write The Mongolian Dilemma, a memoir and political book talking about “how I see my country as a young woman,” she says, “its social issues and its position sandwiched between China and Russia.”

The book is to be published by Hong Kong’s Earnshaw Books, publisher of the China Economic Review.