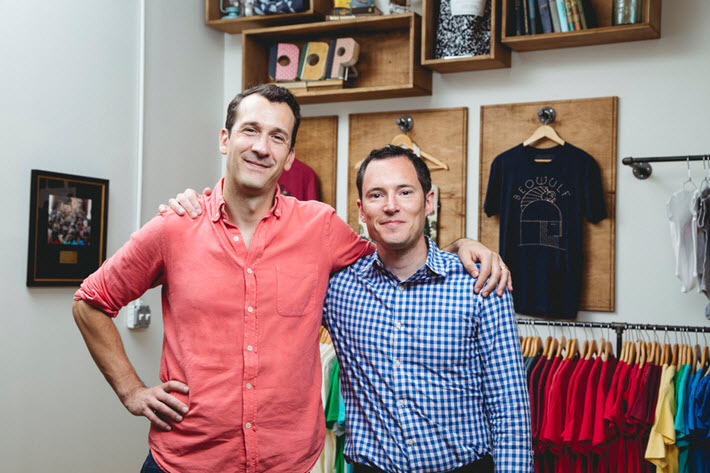 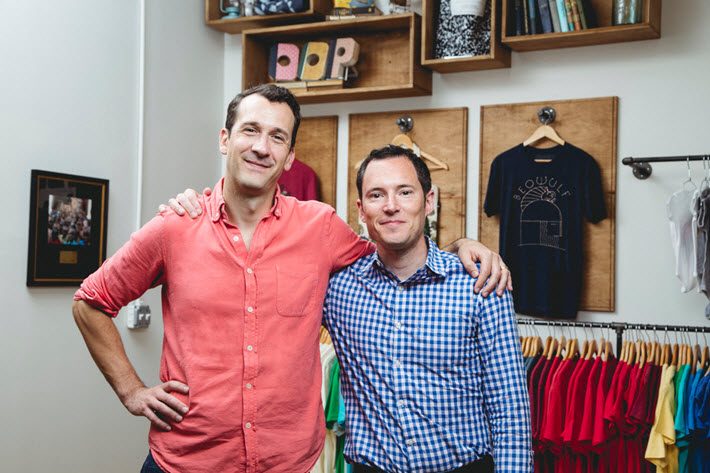 Todd Lawton, left, and Jeff LeBlanc are the founders of Out of Print and Litsy. Image: Provided by Penguin Random House

‘Beyond Licensor to Strategic Partner’

In a move that Penguin Random House (PRH) says reflects “its intent to greatly expand its author- and imprint-brand-based merchandising capabilities,” the publisher announced Wednesday (June 7) its acquisition Out of Print, a company that sells literary-themed clothing and merchandise. PRH characterizes as Out of Print as “the pioneering creator and retailer of licensed illustrated literary-themed products.”

Out of Print, based in New York, was founded in 2010 by Todd Lawton and Jeff LeBlanc with a slogan, “Books, Worn Well.” (Lawton and LeBlanc are also the founders of Litsy, a book recommendation and community website.) With more than 1,000 retail outlets carrying parts of the Out of Print line, its products are seen in college shops, gift stores, bookstores, and other settings.

A part of what Out of Print brings to PRH is merchandise rights licensing agreements with “many prominent authors, author estates, visual artists and designers, and licensing agencies.”

In answer to Publishing Perspectives’ question, a Penguin Random House spokesman confirms the current and intended international aspect of the acquisition, saying:

“Out of Print is international in its purview. It regularly and enthusiastically licenses and then creates its literary-themed products from authors and publishers in the UK and other countries.

“Its thriving online retail business has many many overseas consumers, who are frequent visitors to its popular Web site. Moreover, a primary objective for us with Out of Print is to broaden their international reach, which its founders cite as a major reason for them becoming part of Penguin Random House.”

And Penguin Random House’s statement clearly shows a close and simpatico relationship having developed with Out of Print prior to the acquisition. Press materials say that this relationship “has historically involved licensing both national and international author brands, and has evolved in recent years beyond licensor to strategic partner in various special projects and events.” 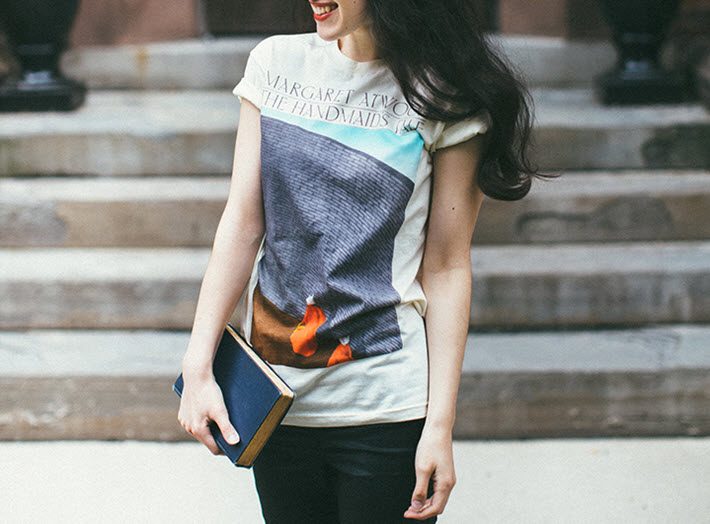 A T-shirt from Out of Print based on Margaret Atwood’s ‘The Handmaid’s Tale.’ Image: Provided by Penguin Random House

Out of Print’s establishment seven years ago apparently included its founders’ interest in promoting literacy, and “this will continue at Penguin Random House,” according to a media release which reads, “For every item sold, Out of Print contributes to funding literacy programs and book donations to communities in need.  To date, Out of Print has helped to donate more than two million books.”

In that prepared statement, Lawton and LeBlanc are quoted, saying, “Since our earliest days Penguin Random House has supported our mission to build awareness and excitement around books.  We believe that books, and the infinite ways to experience and enjoy them, have the power to bring people together. Working hand-in-hand with Penguin Random House is a tremendous opportunity for all our partners, and for our fans, globally to express their passion for their favorite reading.” 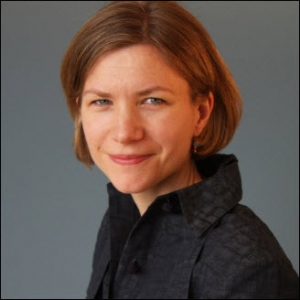 “With their forward-thinking entrepreneurship, joyful collaborative spirit, and shared social values, Out of Print will be enthusiastically welcomed as new members of the Penguin Random House family.

“We are excited to grow Out of Print’s business together with Jeff and Todd, in collaboration with our publishers, designers, and sales groups, as we provide our authors and retailers with many more literary merchandising opportunities.”

A few of the PRH literary product and author tie-ins on Out of Print’s list to date: 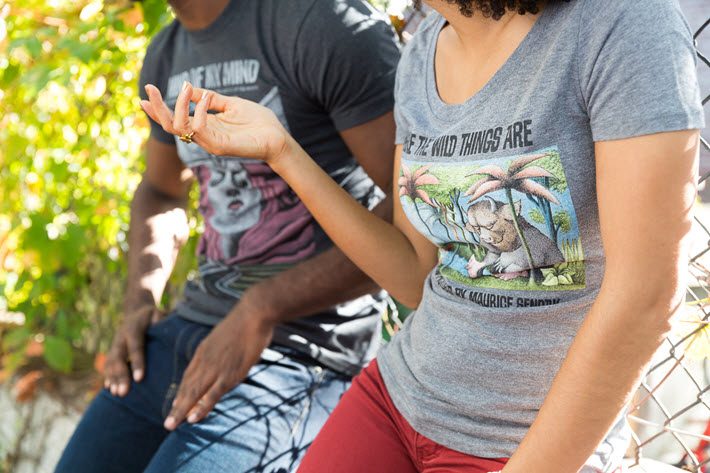 Two T-shirts from Out of Print: ‘Mind of My Mind’ by Octavia Butler, left, and ‘Where the Wild Things Are’ by Maurice Sendak. Image: Provided by Penguin Random House

This follows another US company’s takeover by Bertelsmann, the 2016 acquisition of Care Management Technologies, an analytics provider, again by Relias. 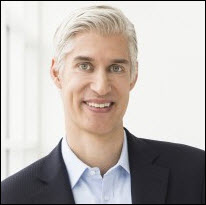 “Relias Learning has grown significantly over the past few years, opening up new customer groups such as the hospital segment.

“The company has also advanced into new lines of business such as performance management, and simultaneously started expanding internationally.

For Relias’ part, CEO Jim Triandiflou is quoted, saying, “WhiteCloud’s strength in the acute care market, combined with their performance management analytics tools, make them an ideal addition to the Relias suite of solutions.

“When combined with our recently announced acquisition of CMT, we’re building a unique analytics solution. As a result, our clients will be able to make data-driven decisions to improve both patient care and financial performance.”

The acquisition of Relias Learning itself was Bertelsmann’s largest acquisition in the U.S. since the Random House takeover in 1998.

Founded in 2009, WhiteCloud currently employs around 50 people, according to press materials.

Bertelsmann’s release says that the company is concentrating its activities in the education sector on online education with a focus on healthcare and technology, as well as on education services. “In the medium term,” the statement reads, “education is to be expanded into Bertelsmann’s third business mainstay alongside media and services, with revenues of approximately a billion euros.”