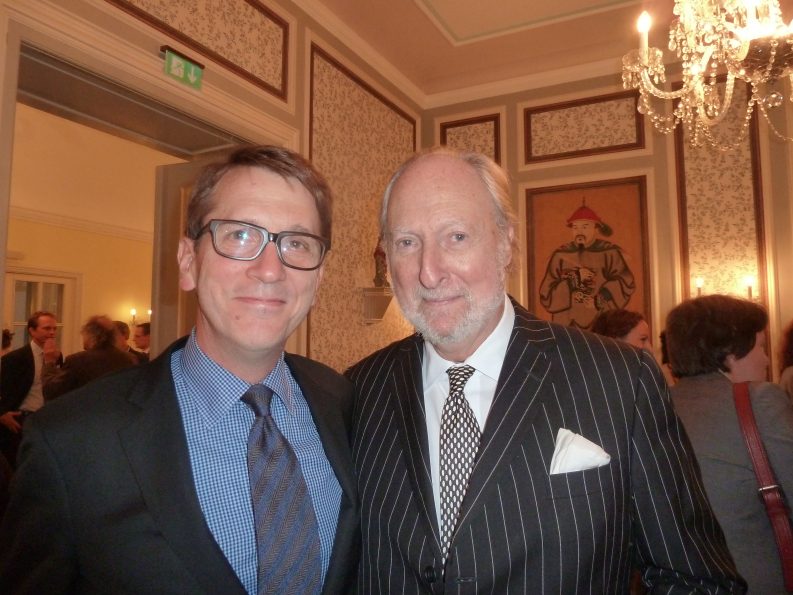 Known both for agency-publishing innovation and as a master in a personality-driven part of the business, London literary agent Ed Victor is recalled by key publishing industry players. 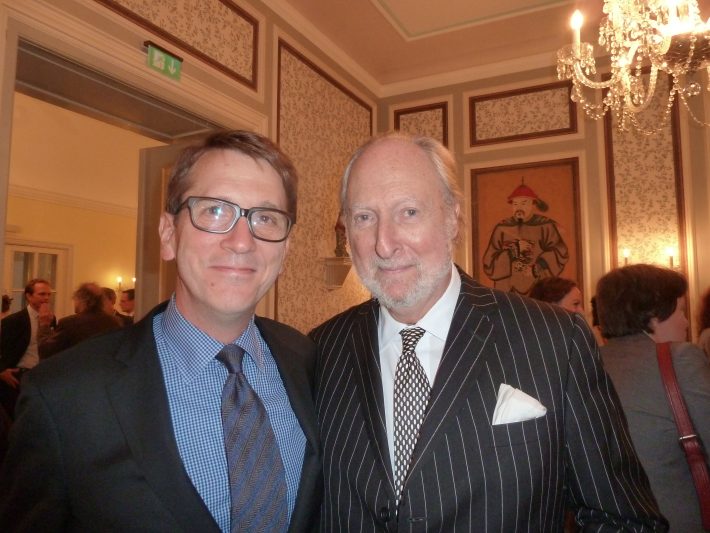 Since news of literary agent Ed Victor’s death in London on Wednesday (June 7), many colleagues have stepped forward with words of praise.

Victor is reported to have died at age 77 of a heart attack at London Clinic following a protracted battle with chronic lymphocytic leukemia. The 40th anniversary of his Ed Victor Ltd. Literary Agency was observed in November, and the former British prime minister David Cameron was reported to have signed with Victor two months earlier for his memoir.

At The Bookseller, the UK industry’s trade publication of record, a compilation of comments has been growing, with such descriptions of Victor as a “super agent” from Penguin Random House’s Dame Gail Rebuck, as “the most uber of uber agents” from Curtis Brown’s Jonathan Lloyd, and as “a dear friend, great mentor, and brilliant agent and dealmaker” from Canongate’s Jamie Byng.

At several points in the many tributes being voiced, you can hear evidence of Victor’s role in defining modern literary agenting. An American born in the Bronx in 1939, he opened his agency in 1976 after studying at Cambridge (New College) and working at London’s Weidenfeld & Nicolson, Jonathan Cape, and, in New York, Alfred A. Knopf. Victor and his family have maintained homes in both the UK and US.

In recent years, one of Victor’s most loudly debated developments was his creation of Bedford Square Books. In Publishing Perspectives‘ coverage in 2011–as some agents were citing conflict of interest in an agent’s publication of a client–Victor said he had bent over backward “until my vertebrae cracked to assure the publishing industry that I am not competing with them. My preference is always to sell projects to publishers, but one of the pleasures of this new venture is being able to say to people: ‘Would you like to re-issue this wonderful book, because if you don’t, I will.’”

Even as some called the agent-publisher “a fox in the henhouse,” Victor firmly maintained that his principle was this: “I think anything that an agent can do to extend their services, backing their author, is valid.”

By the time Publishing Perspectives returned in 2013 for another look, Bedford Books’ Edina Imrik said that the imprint had produced only ten books at that point: “Only when publishers rejected our offers for them to re-publish a book,” she said, “did we go ahead and publish it ourselves.”

Pointing out that Bedford Square didn’t lock down primary rights–and that an author could have a rights reversion simply by asking–Imrik went on to paint a more benevolent picture of the agent-publishing move than many might have imagined at the outset.

And other agent-led publishing programs of various types have followed, with terminology ranging from agency-“assisted” to agency-“supported” and more. attached to or instigated by agencies including London’s Curtis Brown and Andrew Lownie Literary Agency, New York’s Waxman Leavell Agency, and Denver’s Nelson Literary.

We spoke to several other key players in the English-language industry for comments on Victor and his place in the business, and what Publishing Perspectives is hearing from both sides of the Atlantic is an appreciation for Ed Victor’s ability to make connections, an old school charm, and an ease at straddling the worlds of London, New York and Hollywood. 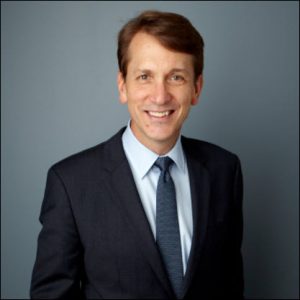 “Ed was one of the most charming people on the planet, and smart as hell.”He drew you out and drew you in. Those personal capabilities allowed him to befriend people and make them want to be represented by him.

“He worked for years to represent Keith Richards, for instance, through friendship and connections and inexorable charm—and not a little canny manipulation of a cadre of publishers. His intelligence about our ever-changing business was unfailing, and his negotiational skills were ferocious.

“He was not an agent who made the deal and moved to the next. He prepared his clients for the realities of publication, and stayed in close contact through the launch plan and the publication, caring about every detail and making sure that the publisher and writer really communicated with each other.

“The main thing was Ed’s eye for talent and for stories people wanted to hear. He moved through many worlds! He brought us Edna O’Brien and Harry Evans, two of the great writers of our time, and Keith Richards and Navy Seal Marcus Luttrell, the author of Lone Survivor. All were delightful and successful publishing experiences. Ed absolutely reveled in working with Keith Richards, Eric Clapton, and Pete Townshend. How I will miss him. He was a true partner and I loved working with him.”

Jonny Geller: ‘It Feels Like an Era Is Over’ 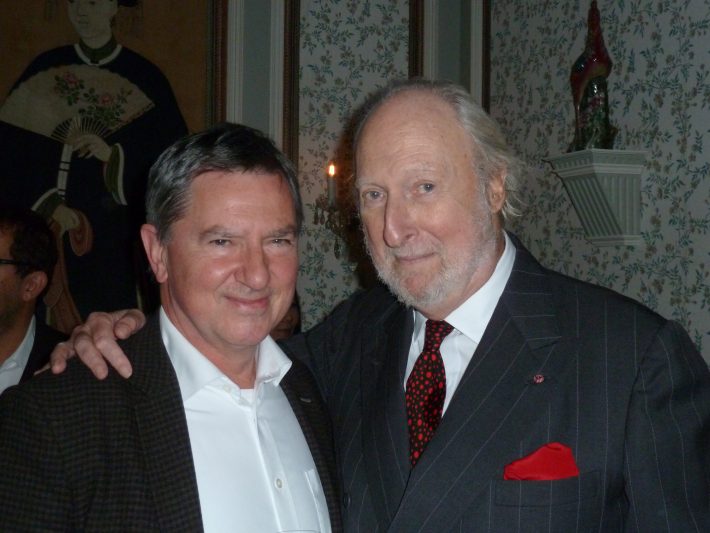 “I was very shocked,” Samson tells Publishing Perspectives, saying that Victor “seemed indestructible. We all knew Ed was ill, but he maintained an interest in what was happening. We did the deal for Tina Brown’s Vanity Fair Diaries about a week ago, and although Charlie Brotherstone was doing all the leg work, Ed wanted to know what was going on because Tina is a friend.

“That was the thing about Ed. All his clients regarded him as a friend, and I’m not sure that’s the case at other agencies with such a wide client base. With Ed, when you negotiated with him, everything was transparent. He was exceptionally direct, for good or bad. Yes, you’d get that call saying: ‘Sorry, I’ve sold it to Penguin’ or whoever, but you knew where you stood–and that’s not true of everyone.”

Samson says he knew Victor for more than 30 years and followed his clients who include former UK prime minister Tony Blair’s spin doctor, Alastair Campbell. Samson says that what sets Ed Victor apart was his “connectivity with New York, London and Hollywood. He straddled all those worlds with great ease. And professional ease is something I think of in my dealings with him. Consistency too. What you saw was what you got with Ed. I liked him enormously.”

Samson does recall that Victor “got some flak” when he established Bedford Square Books “because he was both vendor and purchaser.”

But Jonny Geller, joint CEO of Curtis Brown—whose own agency has experimented in what he likes to call “piloting” titles in supported and assisted self-publishing—says, “Yes, Ed did set up an imprint before others, but I think his legacy is more about how he connected people and projects.

“It feels like an era is over in our business.”

Alan Samson: ‘This Renaissance Side’

Longtime members of the publishing industry seem to be in tune with Geller’s sense for an era passing with Ed Victor’s death.

Samson recalls sport playing a part in his friendship with Victor. “We’d often go to see Arsenal play at the Emirates stadium,” he says, “but then also Ed and his wife Carol–they were both friends of ours–would go to the Wigmore Hall to see a classical concert. Samson’s wife is the classical singer Joan Rodgers.

Ed Victor “had this Renaissance side to him,” Samson says.”And I should add that it was Ed who suggested it would be a very good idea if I proposed to my future wife.

“I last spoke to Ed about three weeks ago when we discussed the Cup final, with neither of us expecting Arsenal to win. I suppose the fact that we didn’t speak after that was significant in hindsight.

“Ed had great personal charisma. He was an imposing man. There was a lovely line about him in Vanity Fair. They described the younger Ed as a cross between a professional tennis player and an Old Testament prophet.”