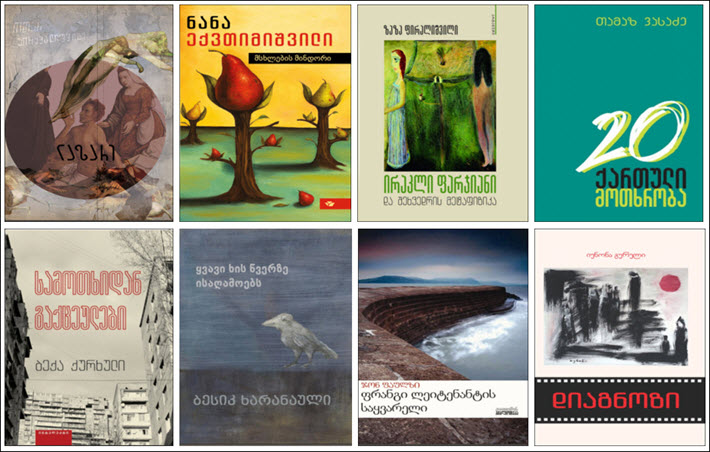 With its Literary Debut of the Year award chosen by readers through various social media, The Saba Prize slate has 10 categories. From a report in Agenda.ge, we learn that the winners of Georgia’s leading literary contest have been announced.

The Saba Literary Prize, founded in 2003, honors the nation’s best authors, translators, and critics “for their efforts in developing the nation’s literature,” and is awarded to authors of prose, poetry, documentary writing, and more. Among this year’s winners is American playwright and author Lyn Coffin, whose translation of the 12th Century Georgian epic The Knight in the Panther’s Skin was named best foreign translation of Georgian work.

Coffin, whose translation was published by Tbilisi-based Poezia Press, said that her work is the first “rhythmic, metaphoric, poetic translation” into English of Shota Rusaveli’s major medieval poem.

The American poet is the author of more than 20 books in fiction, drama and poetry, with work appearing in The Best American Short Stories anthology.

As Agenda.ge reports, Coffin adds that she had received the assistance of Georgian scholars for her translation project, and had “translated as a poet,” unlike previous translators, who had simply “translated words or meaning.”

And in a novel approach to this year’s awards, it was readers themselves who determined the winners of the prize for the Literary Debut of the Year through voting via social media.

Prizes were awarded by a jury of five judges who revealed winners through voting–three votes were needed to award a prize to a contestant.

The jury panel is changed yearly and includes previously awarded Saba Literary Prize winners. The award was established in 2003 by TBC Bank and the PEn Center with a goal of recognizing and honoring the best of the previous year’s literature.