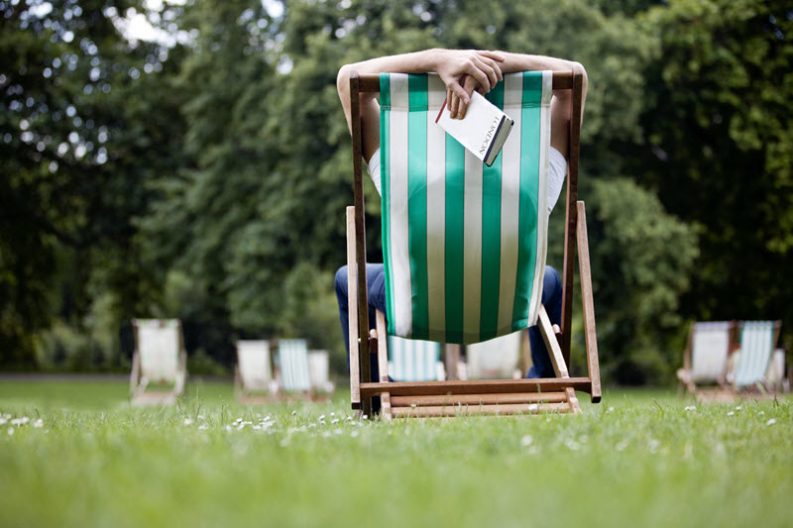 ‘The need for extreme success is now a requirement rather than a boon,’ says the UK’s Jason Cooper in the run-up to Frankfurt’s conference on The Markets. In our series with specialists (analysts, visionaries, and players) who will tackle issues in the seven pivotal publishing markets of Frankfurt Book Fair’s and Publishing Perspectives’ conference, we hear now from Jason Cooper of the UK’s Unbound, an award-winning crowdfunding publishing house. Cooper is one of the UK’s players who speaks in at the Business Club in The Markets: Global Publishing Summit.

As described in Hannah Johnson’s white paper on The Markets: Global Publishing Summit, the United Kingdom’s publishing industry faces both “positive numbers and political question marks” in the wake of June’s Brexit referendum.

“UK export sales,” writes Johnson, “are very strong at £1.421 billion ($2.054 billion) though showing a slight 3-percent decline over 2014. With digital publishing being a significant and steady part of the market, chain and independent bookstores have seen some challenges in how to reach these readers, with many shuttering their doors.”

Indeed, new figures from data company Kantar Worldpanel are reported by The Bookseller, the UK’s trade industry magazine of record, to show a rise this year to 91.3 percent over last year’s 90.1 percent in the portion of the British ebook market controlled by Amazon.

Some of this is at play in comments now from Unbound’s Jason Cooper, chief commercial and operating officer at the publishing crowdfunding platform Unbound.

And while cheering the UK industry’s power to deliver “megasellers” on an international scale, he also is forcefully articulate on the market’s “over-supply” at a time of digital production and electronic media. 1. Narrowing routes to market. “For several years now,” Jason Cooper says to Publishing Perspectives, “the most significant and immediate challenge for the UK industry has been the ongoing restructure of its retail environment.

“The 2005-to-2012 shakeout reduced national bookshop numbers by over 50 percent. The year 2015 saw a further fall of 3 percent in independent shops to 897 and a net reduction in Waterstones’ holdings by two stores.

“What’s left is proving resilient and there are signs of improving fortunes.

“But the longer term effects of a greatly reduced route to market,” Cooper says, “are still being played out through the supply chain. And decline may not have stopped: the number of consumers who bought books from independent shops fell from 12 percent in 2014 to 11 percent in 2016.

“This compares to 66 percent of consumers buying a book from Amazon in the previous 12 months, up from 59 percent in 2014.”

“Over-supply to narrowing channels feels paradoxical. It’s perhaps the result of publishers working their cost base harder as they slug it out over market share.”Jason Cooper

2. Over-supply. “While this sharp narrowing of opportunity has eased, there remains a profound structural mismatch between it and the industry’s title output.

“According to the International Publishers Association (IPA), more than 2,459 titles were published in the UK in 2012 per 1 million people—an average rate of more than 3,000 new or revised titles a week.

“Some of this is explained,” Cooper says, “by the significance of the UK’s export market. At 40 percent of sales, a larger portion of the UK market value comes from export sales than from that of any other country.

“But whatever the reason, the total market value tends to hover around fifth or sixth in the world. By way of comparison, the US industry publishes two to three times this number of titles per year, but with a population five times the size and a market value seven times that of the UK.

“These figures, based on the customary—and unsatisfactory—industry data sources, leave out a lot,” Cooper says. “They don’t, for example, include indie authors, the dark matter of the publishing universe: they’re there in quantity, possibly more than 22 percent of the total market, causing effects nobody quite understands.

“Over-supply to narrowing channels feels paradoxical. It’s perhaps the result of publishers working their cost base harder as they slug it out over market share through ‘crowding out’ strategies, as well as making up for diminished average per-title sales by pumping out more product.

“This leaves publishers struggling to actively influence the fate of many of their titles to a degree that one could question whether what is happening is really publishing at all, with its implications of securing visibility, shelf space and demand.

“Retailer caution and last-minute decision-making—sensible to them—combined with slow production times make print decisions a matter of guesswork. As the resulting attrition rate for titles increases, there’s a growing amount of waste all the way through the supply network, [which was] clunky even in the age for which it was most relevant.

“And this,” says Cooper, “destroys swathes of value in the industry and feels out of step with everything a modern industry should be thinking about. It has also meant the industry is now dominated by the processes and long lead times required to funnel too many titles into a small space.”

“After a rush to the head of excitement over digital, the industry has retrenched around what it knows best: producing good books.”Jason Cooper

“There has probably never been a better time to be a book buyer in the UK with an over-abundance of beautifully packaged, quality titles, often of great inventiveness, and a retail sector that, if much reduced, has never tried harder.

“To pay for much of the loss involved in this large-scale portfolio publishing, UK publishers have also managed to repeatedly deliver global ‘megasellers’ in recent years that have supported the trade in hard times. The ability of the UK book industry to significantly reach beyond core book buyers by virtue of international sales and film adaptations is to its huge credit.

“Those who’d like to understand the commercial dynamics of big-hit, big risk media businesses should read Blockbusters: Why Big Hits – and Big Risks – are the Future of the Entertainment Business by Anita Elberse (Faber, 2014).

“But whether these achievements represent a successful adaptation,” Cooper says, “is a question.  The business has long been hits-driven. The difference between success and failure is simply more extreme than ever.

“The need for extreme success is now a requirement rather than a boon.  The distribution of such hits across the many lists in the market is likely to determine the eventual fate of many imprints.

“I’ve written before about why the industry seems to struggle with strategies of innovation and transformation. After a rush to the head of excitement over digital, the industry has retrenched around what it knows best: producing good books.

“Amazon, by locking down the ebook market for itself,” Cooper says, “seems to have successfully killed off most interesting innovations in it. The high pricing strategies of big publishing in response to this dominance appear to be reducing mainstream ebook sales. This feels like a missed opportunity for an industry that needs to reach out to more readers at low cost and in ways that make sense in the context of the increasingly digital lives of consumers.

“Transformational development is slow, expensive, difficult, and requires significant investment and a different mindset, and it has been left to a very few new businesses, like Unbound or LostMyName to explore the new.

“The challenge for the existing industry,” Jason Cooper says, “is whether the strategy it’s largely sticking with will stand further ‘exogenous’ economic shocks of the sort experienced in 2009.  This question is especially acute in the UK because of the prospects of severe economic disruption as a result of Brexit.”

‘What Works and What Doesn’t’

Publishing Perspectives: How do you come to have these views of the market?

Jason Cooper: I’ve had a pretty varied publishing career that allowed me to see the industry from a variety of different perspectives.

PP:  And you’re no stranger to independent publishing or to the digital dynamic.

JC: Around 2007 I became especially interested in strategies for achieving growth through innovative ventures and set up brand- and digital-related businesses at Faber and Faber.

PP: How does Unbound make its response to the forces you’re seeing in the UK market?

JC: Unbound, an entrepreneurial startup, blends the best practices of modern consumer publishing with those of contemporary online commerce and community. Sitting both in and outside the mainstream of this experience has provided the source for some reflection on what works and what doesn’t work from both worlds.

PP: And you’ve clearly put a lot of thought into the market conditions that have developed around Unbound.