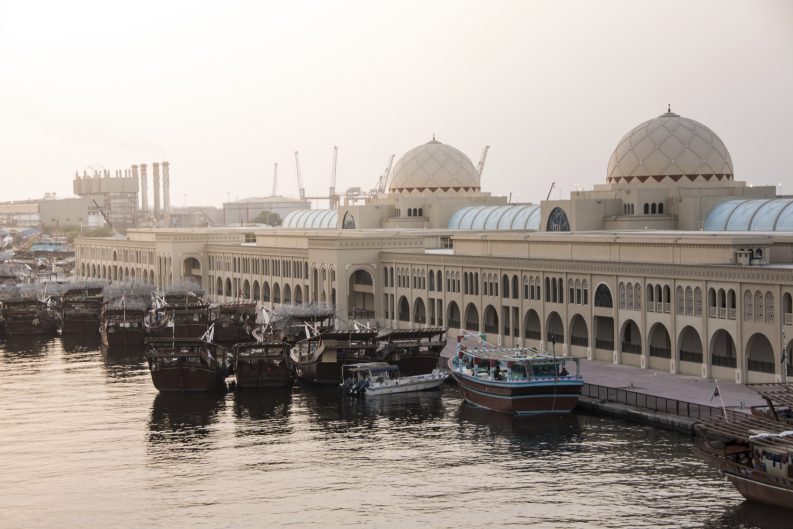 Nothing may sound better to publishers than the phrase ‘larger global markets for publishing,’ which Sharjah Publishing City is being developed to create. Bodour Al Qasimi speaks on October 18 as the UAE’s visionary in Frankfurt Book Fair’s The Markets: Global Publishing Summit. In our continuing series with specialists (analysts, visionaries, and players) who will speak to issues in the seven pivotal publishing markets of Frankfurt Book Fair’s conference, we hear now from Emirati publisher and Emirates Publishers Association patron Bodour Al Qasimi, and we hope you’ll join us for The Markets: Global Publishing Summit, #TheMarkets2016, on October 18. Particularly in the bewildering aftermath of the UK’s “Brexit” referendum—and myriad resulting uncertainties around the European Union’s status as the world’s largest trading bloc—there may be new interest in the development of Sharjah Publishing City, which is to be launched by the end of this year as the first free trade zone for the publishing industry.

The name has been updated: this is the same project that previously was referred to as Sharjah Book City. Its organizers in the United Arab Emirates are looking to broaden its context, hence Sharjah Publishing City, and Publishing Perspectives has new input on it from Shiekha Bodour bint Sultan Al Qasimi. Bodour is the founding publisher of the Kalimat Group, an Executive Committee member of the International Publishing Association (IPA), and founding patron of the Emirates Publishers Association (EPA).

In keeping with our custom in this series of asking each The Markets speaker to share with us three challenges in their home markets, we encounter Bodour here talking about three over-arching concerns or interests:

We start our discussion by asking Bodour if she can give us the rationale behind the idea for a publishing free trade zone set in the UAE.

Publishing Perspectives: Can you tell us what need Sharjah Publishing City is intended to answer? Bodour: In our integrated world, globalization and internationalization are key forces. They’re making an impact on the publishing industry. We’re watching an ongoing shift in economic activity from developed to developing economies—along with growth in the number of consumers in emerging markets—and this creates larger markets for publishing products.

The publishing industry, in other words, is gradually shifting from traditional global hubs in developed countries to other developed and developing countries.

At the same time, internationalization is creating opportunities for publishers to trade in products such as film, books, magazines, newspapers, video, music, and television programming—which were once mostly aimed at national and regional audiences—to meet demand from increasingly diverse, worldwide audiences. For example, Kalimat Group’s recent partnership with Bloomsbury Publishing—in which our Arabic titles will be translated to English—is a recent instance of how publishers in emerging markets are meeting surging interest in more diverse, original content.

The United Arab Emirates aims to become a global hub for creative industries. We want to attract the strongest, most innovative multinationals the world has to offer, while also nurturing the growth of domestic companies to compete on the world stage.

As a nation, we’re pursuing these goals not only for financial reasons but also to advance nonfinancial development goals. Growth of our cultural industries will have a significant impact on the personal development of citizens, shape the future of our children and youths, and ensure the preservation of culture and heritage. The United Arab Emirates’ vision for becoming an international publishing hub is outlined in more detail in the EPA’s vision for the future of the publishing industry.

PP: How does a free zone fit into that image of the future in the UAE?

“Sharjah Publishing City is attempting to disrupt a highly concentrated, traditional industry in which the top 10 leading publishing-export countries account for approximately 70 percent of all publishing goods. “Bodour Al Qasimi

In addition to often being referred to as the cultural hub of the United Arab Emirates, Sharjah is the most economically diversified emirate of the seven emirates which make up the United Arab Emirates, with a strong history of manufacturing and international trade. As one of Arab region’s fastest growing economies, Sharjah is home to the EPA as well as University City which houses some of the region’s finest higher education institutions.

PP: How do Sharjah’s strengths among the seven emirates translate into its international goal?

Bodour: The traditional strengths of Sharjah as an intellectual, trade, and cultural hub make it an ideal location for the world’s first free zone focused on publishing. And Sharjah Publishing City has an even bolder vision. Simply offering a trade-friendly destination for regional sales and marketing presences for large, international publishers is not the whole intent.

As Ahmed bin Rakkad Al Ameri, Chairman of the Sharjah Book Authority, in a recent Publishing Perspectives report described it, Sharjah Publishing City will be a “hub that brings together publishing, translation, and all aspects of the industry, all together in one location. It is actually 365 days of book fairs in one spot.”

PP: Is one of the concerns behind this development a promotion of the UAE’s own industry?

The free trade zone “will also promote private investment in key activities, such as translation and rights trading: those have traditionally been weak points in our domestic industry, reducing our global competitiveness.”Bodour Al Qasimi

Bodour: Sharjah Publishing City is attempting to disrupt a highly concentrated, traditional industry in which the top 10 leading publishing-export countries account for approximately 70 percent of all publishing goods. In many ways, that high concentration of the global publishing industry prevents more diverse, original content from reaching world markets. So yes, Sharjah Publishing City will bring the voices of Arab and Emirati writers, publishers, and content creators to the world.

PP: What kind of appetite exists in the UAE for literature at this point?

Gaps in the publishing-plus-content-creation supply chain—which starts with artistic creation and ends with consumption—have prevented our emerging cultural industries from meeting the demand for more Arabic content from local and regional markets.

What’s more, lack of experience among our domestic publishers has kept them from accessing world markets through rights sales and international distribution of alternate-language versions of Arabic titles.

PP: Are there elements of the free trade zone plan that speak directly to these issues?

Bodour: Yes: in addition to the capacity-development programs now offered by the Sharjah Book Authority—such as its partnership with New York University’s (NYU) Center for Publishing—Sharjah Publishing City will expand its training programs, focusing on critical industry skills shortages.

With a highly targeted industry cluster, Sharjah Publishing City will also promote private investment in key activities, such as translation and rights trading: those have traditionally been weak points in our domestic industry, reducing our global competitiveness.

PP: What happens if the gaps you’re seeing in the domestic industry’s effectiveness currently aren’t filled?

PP: A lot of this comes down to distribution and related issues, doesn’t it?

“We can save expense by providing access to state-of-the-art printing facilities and with efforts to make key elements of publishing, such as paper, more affordable, all to bring down the cost of book production.”Bodour Al Qasimi

An array of programs at the national and emirate levels already focus on bringing authors, translators, publishers, distributors, and retailers into a well-functioning cultural “cluster.” More effort is needed to fill crucial gaps in the cultural production-and-consumption supply chain.

By building a well-functioning, market-responsive publishing ecosystem, Sharjah Publishing City will also support small and medium sized publishers in navigating a wide range of difficulties ranging from content acquisition to distribution and sales. In particular, we can save expense by providing access to state-of-the-art printing facilities and with efforts to make key elements of publishing, such as paper, more affordable, all to bring down the cost of book production.

PP: What does it take to get from where things are now to the opening of Sharjah Publishing City?

Bodour: Getting from vision to implementation won’t be easy.

Increasing sales and licensing of rights is an easy first step for domestic publishers, it’s a matter of selling into foreign markets to internationalize their activities. But Sharjah Publishing City will play a stronger role in developing the capacity of domestic publishers in order for them to fully benefit from the industry’s internationalization, its globalization.

PP: And is there a pilot function to the trade zone plan? Something that can be replicated?

“Sharjah Publishing City will require the fortitude to address out-of-date policies, business practices, and conventional industry wisdom: they stand in the way of the growth of the domestic publishing and creative industries.”Bodour Al Qasimi

Bodour: Sharjah Publishing City can serve as a reference for potentially larger industry-assistance initiatives to support publishing and creative industry development in the United Arab Emirates.

We’ll be offering international publishers and other creative-industry leaders a hub for frontier markets, but Sharjah Publishing City will also require the fortitude to address out-of-date policies, business practices, and conventional industry wisdom: they stand in the way of the growth of the domestic publishing and creative industries.

PP: In the best outcome…?

Bodour: Sharjah Publishing City can serve as a model for other countries to ensure that innovative, unique voices from around the world are heard.

Bodour speaks on October 18 as part of the 2016 The Markets: Global Publishing Summit from Publishing Perspectives and Frankfurt Book Fair at the fair’s Business Club in Hall 4.

Early Bird rates continue to August 31. We have extensive coverage of The Markets here.