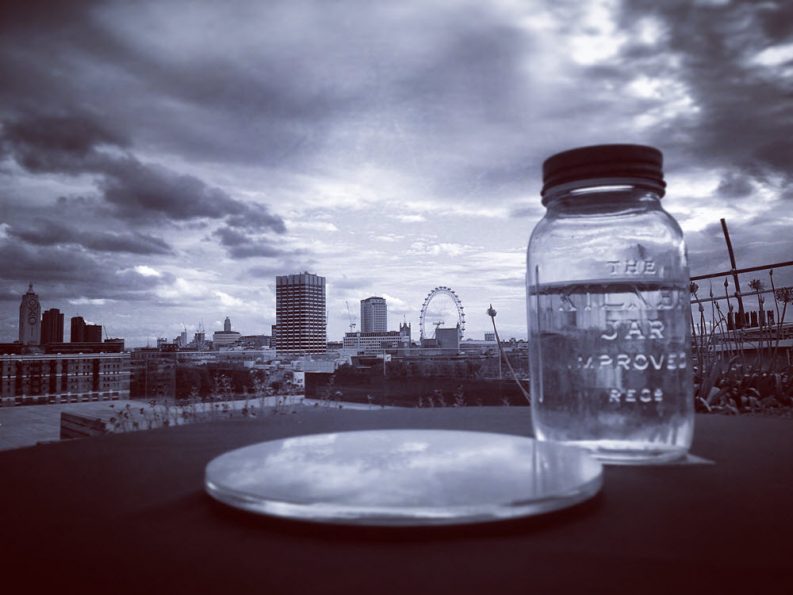 ‘What happens if the story you’re reading reacts to where you are?’ ask the key players in a newly launched two-year project in ambient literature based in England’s West Country. As in a ‘site-specific’ art installation—created for its physical placement—the term ‘ambient literature’ refers to writings that are in some way contextualized to and/or by a place in which you experience them. Allowing a location to contour and affect content, and maybe vice-versa, is the leading idea in a newly inaugurated project. — Porter Anderson

What happens if the story you’re reading knows where you are, and can respond to your input?

A new project based in the West Country of England explores the possibilities of writing that’s informed not only by a sense of location, but also by the affordances of smartphones, and what they can bring to storytelling.

Thursday (June 30) saw the launch of Ambient Literature, a two-year collaborative research project to explore the developing relationship between digital technology and literature. Funded by a grant from the Arts and Humanities Research Council (AHRC), the project brings together players from Bath Spa University, Birmingham University, and Bristol’s University of the West of England (UWE) to explore the design and delivery of location-based reading experiences.

Three writers–Kate Pullinger, Duncan Speakman, and James Attlee–have been commissioned to create location-based works that will, in the words of joint project leader Tom Abba, demonstrate “how we can redefine the rules of the reading experience through the use of technology.”

These works will use pervasive technology to respond to the presence of the reader, using digital media to build a bridge between story and place to explore, as Pullinger puts it, “What happens if the story you’re reading reacts to where you are?” Such a narrative will “enable readers to place themselves in the story through talking back or contributing content.”

Per Abba’s introductory comments, the trio of writers chosen for the work are considered to be “at the leading edge of working with literature, space, and technology.”

Publishers’ Proximity to the Experimental

Speaking at the launch event, held at Carmelite House, Hachette’s new offices on the banks of the Thames, Abba set out the project’s origins at the Pervasive Media Studio in Bristol’s Watershed digital creativity center, stressing that it was envisaged as being deliberately exploratory, endeavouring to map the territory of ambient literature by testing its edges, rather than reducing it to something tightly defined.

Alongside the three main works would be many “smaller, messy and provocative” projects; the first of these, Experiment One – written specifically for tonight’s venue, Carmelite House, and building on its history and location – could be experienced by listening to the headphones placed at various points around the room.

His colleague at UWE and fellow project leader Professor Jon Dovey imagined a future where a visitor to London could find him- or herself immersed in stories, from the train to the Tate to a restaurant, each story informed by a sense of place.

“You can sit and look at the paintings, and hear these incredible stories that are set within their worlds,” he said. “You can get immersed in this Caravaggio story about death, alabaster flesh, and cardinal sins.”

He also emphasised the important, positive role that publishers would play in making this vision a reality, saying, “We can invent and create, as academics and creators, but we can’t deliver that vision into the market—you’ll have to work with us on that.” The first of the three writers to speak at the launch event was Pullinger, and she said she’s optimistic that the distance between traditional publishing and more experimental, hybrid literary forms is beginning to shrink.

Introducing the project’s technology partner, Calvium, a Bristol-based studio with experience in developing location-based apps, she also stressed the collaborative nature of the project.

In 15 years of working with new platforms, new technologies, and new spaces, she said she’d quickly come to learn the importance of working with partners with complementary skills, such as web designers and developers. Speakman said he was particularly fascinated by the idea of working with sound in non-specific locations and the possibilities created by two individuals experiencing the same content simultaneously in locations half a world away from each other.

He noted different opportunities offered by sound over print, saying, “When you work with sound, you define time. Your audience’s experience of time is shaped by you, the author, which is something that doesn’t happen with print; we know you’ve been reading for ten minutes; you’ve been walking for a hundred metres.”

Speakman also looked back at another location-based project, These Pages Fall Like Ash, a Bristol-based collaboration with Abba that had overlaid a fictional city over Bristol and, like Attlee’s project Writer on the Train, had arisen from the Books and Print Sandbox run by the ReactHub. Attlee, describing himself as “someone who has ink for blood,” spoke about his excitement at “seeing writing leave the page and become more like the immersive experience we have when walking down the street listening to music.”

A collaboration with Jem Finer—musician, composer, and a founding member of The Pogues—and Mark Davy of Future City, Atlee’s project will “celebrate London as a global city,” he said, taking its audience to “places they haven’t been before,” both physically and imaginatively.

With all of the participants keen to work with publishers, there’s certainly scope for this project to break into the mainstream and inform wider thinking. As Abba suggested at the end of his introduction, “By being adventurous, curious, rigorous, and zealous, perhaps we can redefine the rules of the game just a little bit.”