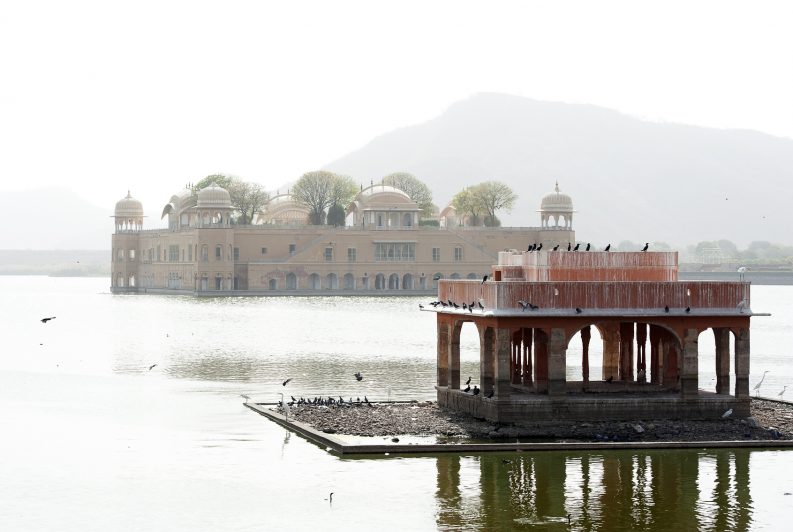 Is the ‘perennial cachet’ in fantasy fiction so strong for booksellers in India that ‘writers are told by publishers to base their stories around the time of the Ramayana and the Mahabharata’? Two views here. A refreshing debate here that might be held in many parts of the world. As the digital dynamic makes “other” cultures’ traditions more available to all of us, those with especially powerful institutions like Indian mythology can find themselves pressured to expand. Or, as this set of commentaries in tandem illustrates, that may already be happening. — Porter Anderson

Writing for Scroll.in, Vani Kaushal asks asks the question: Will Indian fantasy writers ever look beyond the religious epics?

“In India, an ever-growing group of writers is in perpetual search of the bestselling template. And yet, when it comes to fantasy, none of them appears to have latched on to A Game of Thrones, The Lord of the Rings, or even the Harry Potter models.

“Instead, there is the METOO model. Mythological Epics Told Over and Over.”

Is it simply an Indian love of mythology and retelling the same stories over and over again in different forms? Probably not. “The inside story: Indian writers are told by publishers to base their stories around the time of the Ramayana and the Mahabharata, or, at least, have some references to these epics by way of plot, characters and names. Why? One answer is that bookshops prefer to display titles that have a perennial cachet–and anything relating to the Indian epics fits into that category. Which in turn is because such novels often make readers out of non-readers.

“Of course, there have been innovations and experiments even within the limiting framework of retelling the epics. The feminist point of view has been captured through the eyes of Draupadi (Chitra Banerjee Divakaruni’s The Palace of Illusions) or Lakshman’s wife Urmila (Kavita Kane’s Sita’s Sister), and the political, through narratives about Krishna (Krishna Udayasankar’s The Aryavarta Chronicles)…

“But the fact is that it is the racy retelling in straightforward form and mostly pedestrian language that keeps hitting the shelves as publishers scramble to build their healthy religious epic portfolios.

“’Mythologies help people understand who they are and explore their past. What could be better than that?’ says Amish Tripathi, author of the Shiva Trilogy.”

Does this mean Indian fantasy writing will largely stick to mythology, Kaushal asks?

Writer Ravi Subramanian tells her that he thinks not. “Just like Amish [Tripathi] made waves with his Shiva trilogy, someone will come along and break new ground in this territory,” he says.

And that’s the view from some publishers as well. Sautam Padmanabhan, CEO of Westland, says “In the West there is a lot of crossover with science fiction, a genre almost absent here, resulting in a wide variety of themes and stories. As the genre evolves in India we will see the emergence of stories that don’t seem totally inspired by myth or history.”

‘Helped by a Multi-Media Approach’

Also at Scroll.in, Achala Upendran responds to Kaushal by writing Indian fantasy writers are creating worlds beyond the epics, but readers must know where to look. “Even a cursory search will show you that Indian fantasy has not been limited to the ethereal realm of METOOs. More than a decade ago, Samit Basu wrote the high-selling The Simoqin Prophecies, simultaneously “epic fantasy” in the tried and tested tradition of Tolkien and irreverent spoof of the genre a la Terry Pratchett. He followed it up with the equally successful The Manticore’s Secret and The Unwaba Revelations, both of which received critical and commercial success.

“Nor is Basu alone in his genre. Recent entrants include Shweta Taneja, whose Anantya Tantrist mysteries blend detective fiction with horror and the supernatural. Granted, they do feature mythological beings, but hey, whatcha gonna do? It’s the burden of our heritage.

“Indra Das’s The Devourers, more “literary” than many of his fellow fantasy writer’s offerings, tells the generation-spanning tale of werewolves and shapeshifters in Mughal India, following their path of destruction right to the dhabas of modern Calcutta. Sadly, this too features rakshasas, and even an allusion to the shapeshifters’ place in the Hindu pantheon, but, like I said, burden of heritage.”

“Granted, the marketing of the fantasy genre in India is considerably different from its counterpart in the West. It is true that channels abroad are tried and tested, including a multitude of geeky fan websites that exclusively review and discuss developments in the genre. There are imprints and even entire publishing houses dedicated to science fiction and fantasy (SFF), and agents and editors who specialize in [them], as well. On top of which, video and board games, films and TV shows have vastly enlarged the reach of the genre, encouraging more authors to take a stab at building new fictional realms.

“But maybe it’s changing in India too, even if slowly.

“Juggernaut, publisher Chiki Sarkar’s mobile app venture, recently appointed…Indra Das [as] consulting SFF editor, and has been putting out short fictions and serialized novels in the genre by Indian talents, writing that notably does not fall into the METOO category.” (For more on Sarkar and Juggernaut, see our story.)”

Upendran writes that younger authors, trained on Harry Potter and Artemis Fowl, can begin to change the overall contours of the market, and she looks to the drive for diversity in literature to encourage the development of something “different from Ye Olde Englande under another name.”

Her suggestion is that a wider receptivity to media beyond literature would help: “Rather than just pick at books, we need to push for more games, more web comics, for movies that will divest rakshasas and naagins of their religious overtones. If there’s one thing that fantasy books teach, its that strength really does lie in pulling together.”