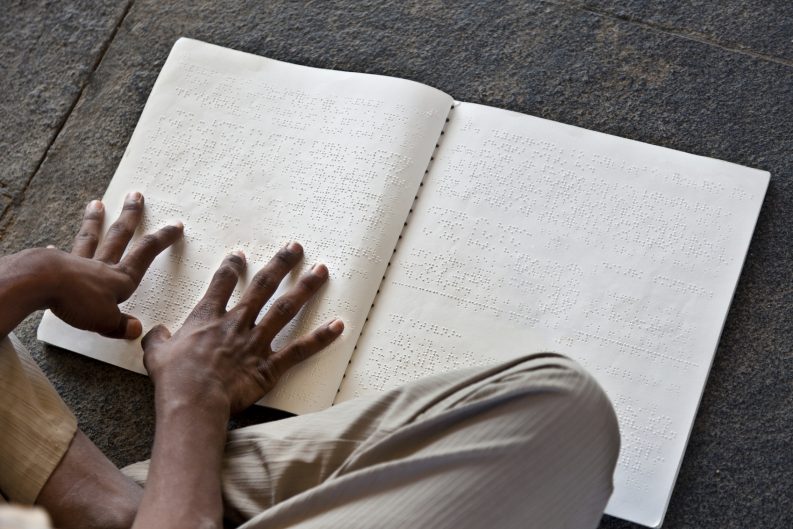 Initially signed by 75 nations three years ago, the Marrakesh Treaty ‘to cure the book famine’ for visually impaired readers will come into force September 30: its requisite 20 ratifications now are in place. ‘A Universal Exception to Copyright’

Noting in his videotaped address that, “We are desperately in need of good news in the world these days,” Geneva’s World Intellectual Property Organisation (WIPO) Director General Francis Gurry on Thursday (June 30) announced that a 20th nation has ratified the Marrakesh Treaty to Facilitate Access to Published Works for Persons Who Are Blind, Visually Impaired, or Otherwise Print Disabled.

In his message, Gurry goes on to say that the Marrakesh Treaty “seeks to cure what’s known as the ‘book famine,'” in bringing published works to formats such as Braille for blind and otherwise disabled consumers.

Where ratified, Gurry says, the treaty creates “a universal exception to copyright to enable institutions like libraries and blind institutions to create an accessible form of the work without regard to the copyright.”

What’s more, Gurry says in his short, taped message, the Marrakesh Treaty makes it permissible for such accessible formats “to travel.” He uses the example of a blind Zambian reader who “would be able to take advantage of an accessible format of a work that is available in the United Kingdom.”

Stated in a bit more detail in WIPO materials, this second point reads this way:

“[The treaty] also provides for the exchange of these accessible format works across borders by organizations that serve the people who are blind, visually impaired, and print disabled. It will harmonize limitations and exceptions so that these organizations can operate across borders.

Many Canadians and others are sensitive to the general topic of copyright exceptions, of course—as Publishing Perspectives has reported—and the WIPO commentary seems to anticipate this:

“The Treaty is also designed to provide assurances to authors and publishers that that system will not expose their published works to misuse or distribution to anyone other than the intended beneficiaries. The Treaty reiterates the requirement that the cross-border sharing of works created based on limitations and exceptions must be limited to certain special cases which do not conflict with the normal exploitation of the work and do not unreasonably prejudice the legitimate interests of the rightholder.”

Ecuador, Guatemala, and Canada, Gurry says, have acceded to the treaty this week, and WIPO press materials report that Latin American countries make up half of the contracting nations so far.

In a prepared statement, Carla Qualtrough, Canada’s Minister of Sport and Persons With Disabilities, is quoted as saying:

“Today is an historic day for Canada, as we become the 20th country to accede to the Marrakesh Treaty, which thus brings the Treaty into force. I am proud that our government is standing up for Canadians with disabilities and providing those with print disabilities more equitable access to alternative-format published materials.

“As the coming into force of this treaty becomes a reality, Canadians will benefit from greater accessibility and opportunities in their communities and workplaces.”

As alluded to in Qualtrough’s statement, the number 20 is important in the treaty’s life, as it could not come into force until that total of accessions was attained. More than 75 WIPO member states have signed the treaty, Geneva says. It was adopted on June 27, 2013, at a diplomatic conference hosted by Morocco. The effective date of its activation now will be September 30.

WIPO quotes the World Health Organization’s figure of 285 million blind and visually impaired people worldwide, 90 percent of them said to live in developing countries. In a 2006 survey, WIPO found that fewer than 60 countries have limitations and exceptions in their copyright laws to provide for visually impaired citizens with Braille, large-print, or digitized audio editions of copyrighted texts.

A statement from the Association of Research Libraries, comprising institutions in both Canada and the United States, endorses the treaty and Canada’s accession to it, noting that the US signed the treaty in 2013 but has not yet ratified it.