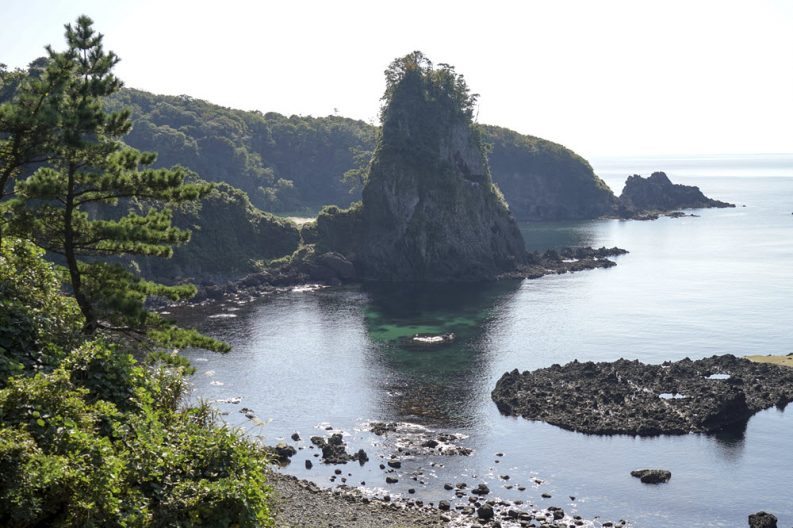 ‘I was abandoned in the ocean,’ writes Japanese poet Sagawa Chika in poem Ocean Angel, in the translation by Sawako Nakayasu, whose The Collected Poems of Sagawa Chika has won a PEN Award. Asymptote’s coverage of translator Sawako Nakayasu’s work with the poetry of Sagawa Chika (whose real name was Kawasaki Aiko) includes excerpts from Nakayasu’s translations here from “Dark Song,” “Afternoon” and “Ocean Angel,” with audio of her readings in the original Japanese. — Porter Anderson

‘Translating Is Such a Different Task’

At Asymptote, Lindsey Webb looks at the work of poet and translator Sawako Nakayasu.

Nakayasu’s translations, Webb writes, have helped introduce to English-language audiences some of the most “exciting voices of Japanese modernism” including Sagawa Chika, Tatsumi Hijikata, Itō Hiromi, and Takashi Hiraide.

Her translation of Hiraide’s For the Fighting Spirit of the Walnut (New Directions, 2008) was the winner of Three Percent’s 2009 Best Translated Book Award.

Nakayasu received this year’s PEN Award for Poetry in Translation for The Collected Poems of Sagawa Chika (Canarium Books, 2015). “Born in Hokkaido in 1911, Sagawa Chika died from stomach cancer at the age of 24. But ‘even with such a brief career,’ as Adrienne Raphel wrote for The New Yorker in her profile of Nakayasu’s translation, ‘she was one of the most innovative and prominent avant-garde poets in early-20th-century Japan.’

“Still, Sagawa and her Japanese Modernist contemporaries were largely forgotten, both within Japan and beyond, until Nakayasu’s Collected Poems revived attention to the broader artistic community of their time…

“Her poetry, as her presentation style might suggest, is often playful and uncanny, fusing humor, keen intellect, and performance, with acute attention to sound and sensory distortion on the level of texture and scale.

“In the space of one book—sometimes even one poem—she navigates vastly varied genres, approaches, and tones.

In an extended conversation, Webb and Nakayasu discuss Sagawa Chika and her work, Japanese Modernism, and “the pursuit of experimental translation.”

Some highlights of their discussion:

Lindsey Webb: How did you discover and decide to translate Sagawa Chika?” Sawako Nakayasu: I first found her in a book written by John Solt called Shredding the Tapestry of Meaning: The Poetry and Poetics of Kitasono Katsue, about Kitasono Katsue and the incredible avant-garde community of writers that he was a part of.

In the first few pages of that book, he wrote, “I could have focused on any of a dozen fine poets active before the war—such as Takiguchi Shuzo, Nishiwaki Junzaburo, Haruyama Yukio … and Sagawa Chika (1911-36).” I picked up on that because she was a woman among all these men he listed, some of whom were already quite well known, and I wondered who she was.

At the time, Sagawa’s work was out of print and there was nothing I could have purchased without spending about $600. But somehow I found her poetry thanks to this 16-year-old girl who had typed up all of her poems and posted them on her blog. They blew me away—I had to investigate!

This all happened in 2002, after I’d finished grad school and ended up in Japan on a six-month fellowship from the Japan-US Friendship Commission. Luckily at the same time Tracy Grinnell, the editor of a journal called Aufgabe that always featured literature from another country, asked me if I wanted to do a Japan feature. That feature gave me my mission.

When I went to Japan, I knew nothing about Japanese poetry. It felt so good to have a blank slate, where I didn’t know anything about anybody. In the US poetry world, there were camps and hierarchies and famous people you’re supposed to know. There was all this information I had about poetry that wasn’t the actual poetry.

In Japan I had none of that. I walked into the biggest poetry store in Tokyo and started reading off the shelves because I literally didn’t know who anybody was. It was such a pure experience, just looking for something that seemed interesting. I was doing that at the same time that I found Sagawa. So for the Aufgabe feature I ended up including about 25 poems by Sagawa and a good selection of other contemporary poets. That’s how I started becoming a translator.”

SN: What constitutes experimental writing? I mean this in the way Sagawa talks about it too, about that difficulty of knowing where the answer is. It’s not a fixed, stable answer.

With translation, and with this kind of work, I guess it’s bound to be experimental in some way…

What it really comes down to, though, is that translation is an act of reading. If you try to follow your mind as you read, it goes to all kinds of places. For example, when you’re sitting at a poetry reading, your mind isn’t just focused on those words in the room. That’s always an experiment and experience for the reader. That’s the moment when the work is becoming, because it’s being read and received and becoming actualized. Translation too, I think, works equally interestingly on both ends of that spectrum between possibility and actualization. I can be creating a translation that looks like it’s a one-to-one of some kind—same quantity of stuff in the original and the translated version—but it doesn’t mean that it hasn’t worked its way through all those choices and possibilities.

LW: You were talking earlier with [translator] Rosmarie Waldrop about the intense labor involved in translation. Where is the location of that labor?

SN: The labor is in the desire to share with others some wonderful thing that you have access to. It’s a strange compulsion, some kind of imperative that comes from outside the capitalist universe we live in. It’s easily the most negative-economy activity I do, even more so than straight-up poetry writing.

Translating is such a different task from writing in your own language—it involves a lot of patience to be willing to work it and work it and work it until the tunnel opens up. There are all these issues that you’re trying to satisfy all at once. It’s very painful.

My own writing is contingent on circumstances surrounding my physical space and mind. I’m not an athlete about writing. So to translate I have to build up a lot of muscles. If I haven’t been translating a lot, I feel the weakness—it really feels muscular.